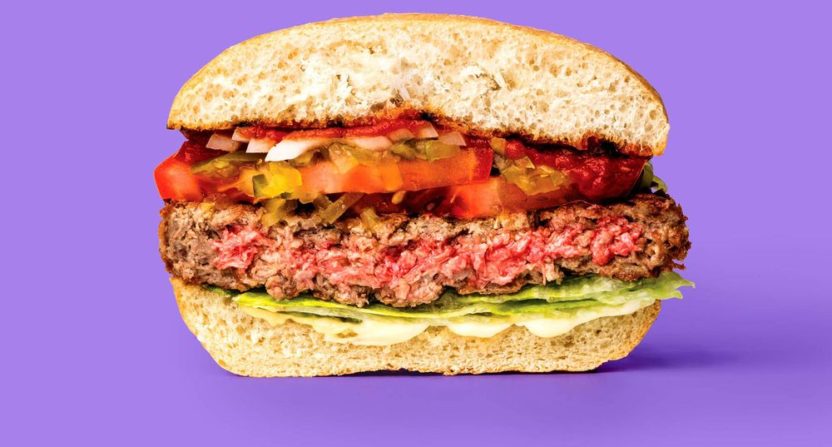 Two years ago, if you wanted to try an Impossible Burger, a meat-free patty that tastes and “bleeds” like an actual burger, you had to visit some of the nation’s fanciest and most exclusive restaurants. Soon after, the company behind the faux burger started rolling out their patty in high-end burger joints like Umami Burger, Hopdoddy, and B Spot. Given the price point ($12-13), it remained something of a luxury item out of reach from a certain section of the U.S. population. The trickle down has continued in recent months as the Impossible Burger and rival Beyond Burger started showing up on TGI Friday’s and Fatburger, bucking the notion that regular Americans would consider trying this meatless option when they could just as easily afford the actual burger. While not exactly a vegan referendum on eating habits, it was a clear signal that this new option is something that could end up becoming a regular consideration for many diners.

This week, White Castle, slinger of low-end burgers and seafood sandwiches of dubious origins, announced that it would become the first“mainstream American” chain restaurant to carry the Impossible Burger on their menu. Available at 140 locations throughout New York, New Jersey, and Chicagoland, they’re testing out the concept by offering up “Impossible Sliders” on their signature buns with pickles, onions, and smoked cheddar for $1.99 each. That price point puts it much higher than the basic slider ($0.71) and on par with their Double Cheese Slider ($1.73) and Jalapeno Cheese Slider ($1.86).

It’s a surprising announcement on a couple levels. First, how did White Castle, of all places, beat out the likes of McDonald’s, Burger King, and Wendy’s on this tastes-like-meat-but-isn’t-meat trend? Second of all, clearly, this trend is moving a lot quicker than many could have predicted.

Per Grubstreet, Impossible Foods’ CEO Pat Brown says the White Castle deal will give them a chance to see if they can “popularize plant-based meat with mainstream burger lovers.” If successful, it’s likely Impossible Burgers and Beyond Burgers will become ubiquitous within a few years, a huge step forward for those who see it as an opportunity to cut down on America’s meat obsession without removing all of the qualities people hold dear about it. Impossible Foods is certainly going all-in as they recently opened a huge plant in Oakland and are officially starting to lobby Congress in order to make it easier to compete. They’re also in talks with various universities and companies to see if they can start showing up on the college campus and office campus cafe menus.

Basically, if you haven’t tried it yet, you’re going to get your chance, one way or another. While some people have found the texture to be off-putting, it’s hard to deny that the Impossible Burger provides a sensory experience that makes it hard to distinguish from the real thing (at least until you eat it).

Of course, it’s one thing to convince diners at an upscale restaurant or high-end burger joint to drop extra money on a plant-based meat alternative burger, and it’s something else altogether to convince White Castle diners to do the same, no matter how good it might taste. However, they seem confident enough to put their product to the test and if enough people come around, expect to see this product in way more than 1,300 restaurants by this time next year.