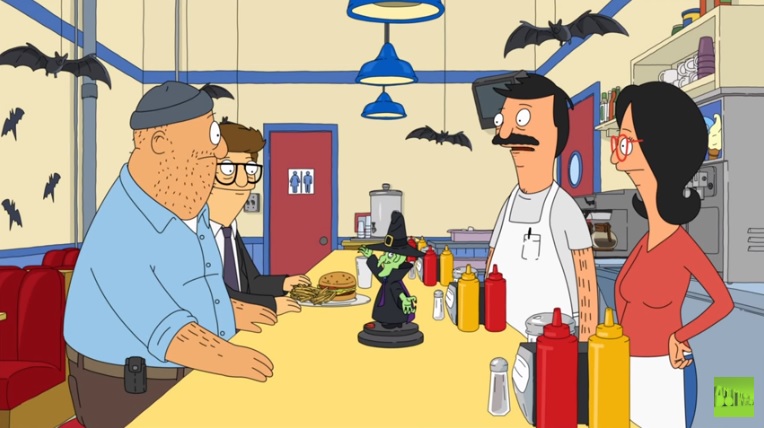 Since 2011, the Belcher family has been flipping burgers on Fox and serving up laughs for viewers to the tune of multiple Emmy nominations and wins for Outstanding Animated Series.

According to Deadline, Bob’s Burgers is making its way to the silver screen on July 17th, 2020. 20th Century Fox has confirmed the news as well.

“We’re thrilled to be invited to bring Bob’s Burgers to the big screen,” Loren Bouchard, the show’s creator said. “We know the movie has to scratch every itch the fans of the show have ever had, but it also has to work for all the good people who’ve never seen the show.”

“We also know it has to fill every inch of the screen with the colors and the sounds and the ever so slightly greasy texture of the world of Bob’s – but most of all it has to take our characters on an epic adventure. In other words, it has to be the best movie ever made. But no pressure, right?!” Bouchard added.

If you haven’t seen the show before, it’s hilarious. The series revolves around the lives of the Belchers. Bob Belcher is voiced by H. Jon Benjamin (Archer, Wet Hot American Summer, Family Guy) and runs the hamburger restaurant. Bob’s wife is Linda, who is voiced by John Roberts (Archer, Paint it Black). The three children are Tina (Dan Mintz – Adventure Time, The Awesomes), Gene (Eugene Mirman – Archer, Flight of the Conchords), and Louise (Kristen Schaal – Toy Story 3, The Last Man on Earth, BoJack Horseman).

“A Bob’s Burgers film fits perfectly with our initiative to redouble our family and animation efforts,” said  Twentieth Century Fox Film chairman and CEO Stacey Snider. “We’re grateful to [Fox Television Group chairmen Gary Newman and Dana Walden] for trusting us with this beloved property and we’re so excited to be working with Loren and his team.”

Everything Snider said makes sense, but the ‘family and animation efforts’ is an interesting line. That’s simply because some episodes make it seem like Bob’s Burgers isn’t exactly a family show like Spongebob or film wise Toy Story.

While that clip is suitable for young children, some of the humor there might not be caught as easily by kids as by adults. Still, the idea of bringing the Belchers to the movies is great.

“What a year for Bob’s Burgers! First, the Emmy Award for Best Animated Series and now, an amazing opportunity for the gifted Loren Bouchard to take the Belcher family to movies. Loren, Jim and their talented team continue to knock it out of the park week after week, and seven years in, the show is still growing. Working with Stacey and everyone at the feature studio, we know this important property is in the best possible hands,” Fox Television Group chairmen Gary Newman and Dana Walden said.