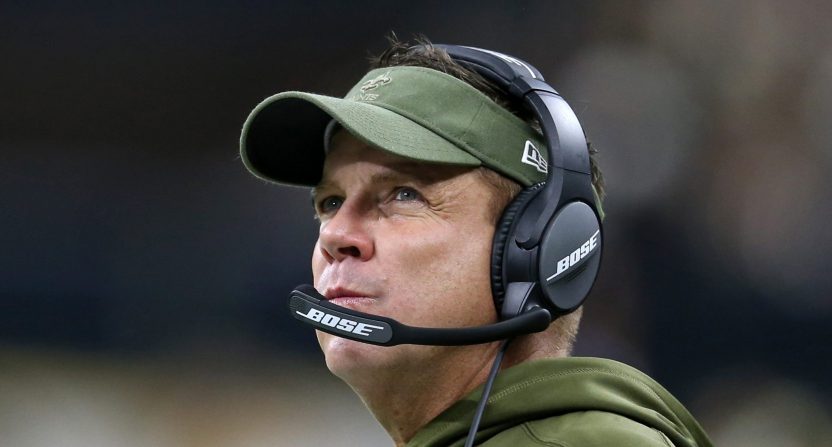 Former New Orleans Saints head coach Sean Payton shocked the NFL world back in January when he announced that he was stepping away from coaching, leaving many to believe that his future could be in television.

It now seems that networks have come calling for Payton. Reports have come out on Friday that Fox Sports has started negotiations with Payton for him to be their No. 1 NFL game analyst.

Here are some reactions surrounding the reports that Payton could end up in the Fox booth ahead of the upcoming 2022 NFL season.

Interesting stuff In here about Fox willing to roll dice with Payton on 1 yr deal/trial. https://t.co/mvlWIjtKf8

Makes a lot of sense. Would be interesting to see how Sean Payton meshes with Joe Buck. https://t.co/7t9Xb2MAnc

during Super Bowl in LA, Sean Payton told me his focused shifted since stepping away from coaching and he was 'anxious' to work in media. he didn't write off returning back to coaching (eventually) though.

This comes after reports on Wednesday that current Fox analyst Troy Aikman is in talks with ESPN to be their lead game analyst for Monday Night Football.

If this were to happen, Payton would presumably be alongside Joe Buck at Fox. However, there are also reports out there that ESPN could be interested in bringing in both Buck and Aikman for a reunion on a different network.

Payton negotiating with Fox is hardly surprising. Fox was notably the only network to offer Payton a job in television when he was suspended for a whole season during the “Bountygate” scandal of 2012.

Don't forget, Fox was the ONLY network to offer Sean Payton a job when the NFL banned him without pay for a full season over Bountygate.

This could ultimately pay off in the end for Fox, as it seems that television is finally in the cards for Payton. It’s unclear how long of a deal he will be interested in taking, as he has said previously that he could return to coaching in a couple of years.

Regardless, this is huge for Fox, as they may be able to replace a potentially major loss in Aikman with a huge name in Sean Payton going forward.