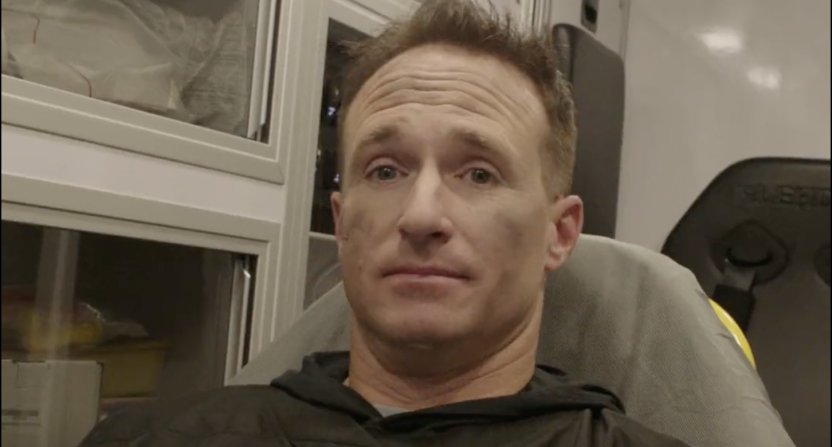 Friday, former New Orleans Saints quarterback Drew Brees was seen in a video spreading across social media that appeared to show lightning striking him while filming a commercial in Venezuela.

The whole thing turned out to be a viral stunt to promote PointsBet Sportsbook and while some people were glad to know Brees was okay, many others were annoyed by the very obvious stunt.

One group of people who were especially upset with Brees over the stunt was the Lightning Strike and Electric Shock Survivors International group, which lambasted the former quarterback over the “disgusting” ad.

“The recent Drew Brees lightning commercial is an inappropriate, disgusting method of promoting gambling or any TV commercial campaign,” a statement from LSESSI says. “This is a deadly injury, and it is disappointing to see the continual ridicule of lightning and electrical injury survivors in comical light in which it is presented for commercial gain and profit.”

The group noted that many survivors of lightning strikes deal with the impact for the rest of their lives.

“This is very disturbing, the thoughtlessness on the part of the participants who are trying to profit from tragedy is remarkable. Much progress through hard work and education has been made over the last twenty years to lower the lightning/electrical deaths and risk of injury through education and informed knowledge of the dangers.”
The group said that Brees’ ad “just set us back 20 years.”
“There are many groups working to educate the public and help survivors, this commercial nullifies all their work and encourages unsafe practices to the general public. And all for gambling … Lightning Bets? How ignorant can you possibly be?”