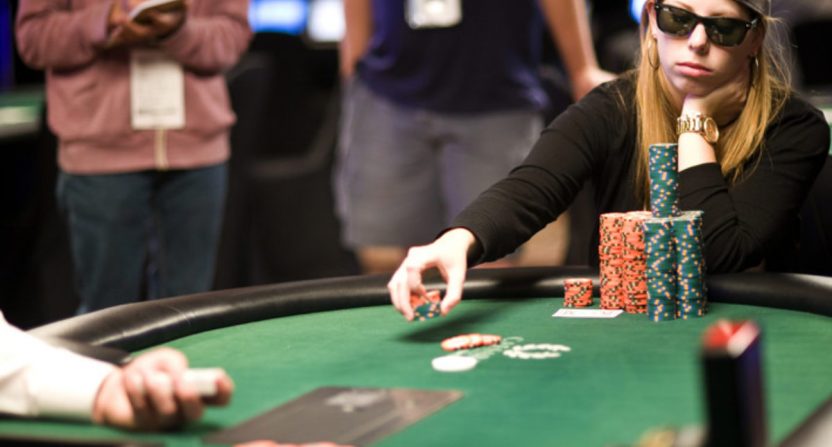 For many years, poker was treated as a male sport. But things are changing as more and more women win top prizes and surpass men. And even though there are still fewer female names in the top charts, it is fair to say that poker has become a game for all genders. Now that you can play at various places online such as BetOnline, Poker is more accessible than ever!

In this article, we want to introduce you to five women who have shown outstanding poker skills and continue earning millions of dollars and enjoying the game.

We start our list with a woman who remains the only female player that has ever reached the first place on the Global Poker Index. When joining the best internet poker room be sure to see her nickname or at least to find people who were lucky to play with her!

Her accumulated tournament winnings equal $12 million but that’s not the limit because Vanessa is actively playing and earning. Her highest single-time earning equaled $1.4 million at the PokerStars Caribbean Adventure. But many players know Vanessa Selbst as a person who bluffed at the World Series Main Event and lost.

Olivia Liv Boeree is a professional poker player and television presenter from the UK. She is the only woman to win not only the WSOP bracelet but the EPT as well. Her highest rank at the Global Poker Index is 3rd and now she is the fifth among female all-time players. At the time of writing, Liv Boeree has won over $3.5 million in tournaments and continues to earn thousands of dollars at online tables.

However, poker is not her only virtue. Liv has a degree in Astrophysics, hosts lots of TV shows, and has even appeared on the BBC. Plus, she has started the Raising For Effective Giving charity that motivates poker stars to donate.

Victoria Coren is a British poker professional with a $10 million net worth. She has been playing both online and offline and can be often seen at live poker tables. Plus, Victoria writes for many mediums on a wide variety of topics.

One of the things that make her popular is that she’s the first woman to win the European Poker Tour. Her biggest win at one sit equals $500,000 during the EPT San Remo. Plus, Victoria has a place at the Female Poker Hall of Fame.

Apart from playing, she is occupied in hosting tournaments, writing for the UK Observer, and visiting TV programs all over the world.

Annette Obrestad was born in September 1988 and is the most famous female poker player from Norway. Her nickname Annette_15 is known to millions of users on the Internet and her popularity boosted after the 2007 World Series of Poker (Europe). There, Annette has become the youngest player who has ever won the gold bracelet.

But even though she can boast lots of trophies from major poker tournaments, Annette is mostly known for achieving great results in online games. Her distinguishing feature is making bets without looking at the cards. The only exception is the all-in bet.

After a scandal with Lock Poker, a platform that has signed Annette, she is no longer an active player. However, from time to time you can see her during tournaments with massive prizes.

If you follow poker news and tournaments, you’ll easily recognize Vanessa among other players. She is always wearing sunglasses, headphones, and a cap. She was a member of the PokerStars professional team for eight years, appeared in Big Brother (2015), and came second in the WCOOP (2007).

Her tournament winnings exceed $3.5 million and regular cash prizes make her one of the most profitable female poker players in the world. Vanessa Rousso is also known as the GoDaddy ambassador and a writer at the American Poker Player.

A game of equal opportunities

Poker is one of the most popular and engaging games. It requires skills, luck, and talent, and can open doors to lots of tournaments and championships around the world. If you feel inspired and motivated after reading our article, then it is definitely the right time to try poker. Maybe the next time we’ll be writing it, your name will be on the list!