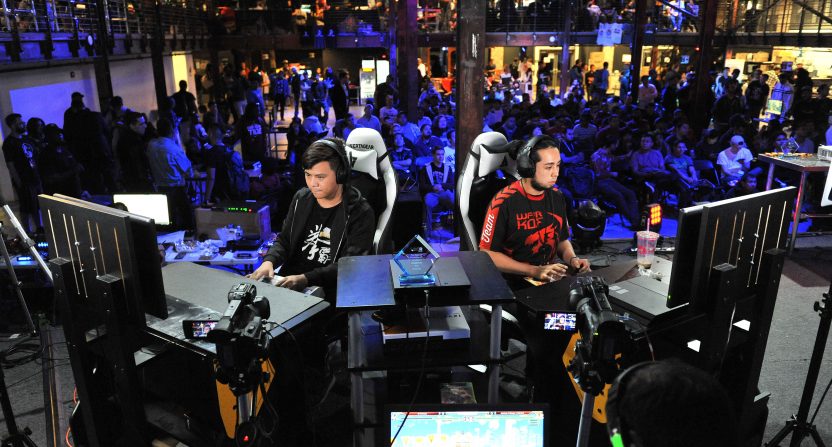 It may take a few more years before we start seeing the world’s top gamers going head-to-head in the Olympics, but this year’s Asian Games are preparing the processors for handling the first sanctioned esports events at the second-largest multi-sport competition after the Olympics.

This year’s Asian Games — which will take place from Aug. 18 to Sept. 2 in Indonesia — will include international competition in 40 events. Among the sports included this year will be your typical competitions like aquatics, cycling, field hockey, gymnastics, tennis, basketball, and more. The Asian Games will usher in the international competition for some upcoming Olympic sports like 3-on-3 basketball and BMX freestyle. It will also be the first time esports have officially been included in the event, although the 2018 Asian Games will showcase esports as a demonstration sport. The esport events will take the next step in the 2022 Asian Games as a full medal set of events.

This week, the games to be used for esports events were confirmed. League of Legends, Starcraft II, Hearthstone, and Pro Evolution Soccer will be on the lineup, as well as two mobiles games, Clash Royale and Arena of Valor. Each game was chosen based on a set of criteria by the Olympic Council of Asia focusing on integrity, ethics, and fair play. The inclusion of mobile games caters to a growing mobile gaming community, while the landmark games chosen for the more hardcore competitions have established followings and tend to steer clear of violent gameplay the way many popular first-person shooters tend to promote. So no Fortnite or Call of Duty this time around, and odds are those types of games will struggle to get into an international competition at this level.

“We’re honored that League of Legends was selected for the Asian Games,” co-head of Riot Esports Jarred Kennedy said in a released statement. “Representing one’s country at the Olympics is a dream for athletes around the world, and with this step, that dream is one step closer to reality for the best in our sport.”

It was previously expected the Asian Games would introduce eSports events in the 2022 games in China, but the decision to bump up the introduction to esport events in the 2018 games is an appropriate time to test the waters. With more and more credibility being given to the esports scene, jumping in now is hardly a risk for the Asian Games. And, if the events prove to be a success in this competition, it won’t take long before esports starts getting a push to be added to more international athletic competitions. The 2022 Asian Games are already scheduled to include esports, and esport tournaments continue to grow in popularity on their own. The possibility of seeing esports in the Olympics may no longer be a joke; the future appears to be coming into view for esports as a top-level international athletic competition.

The International Olympic Committee will be monitoring the results closely as it continues to evaluate the esports scene. If the 2018 and 2022 Asian Games see positive results with esports, the 2024 Olympics in Paris will be the first opportunity to potentially field esports with Olympic medals up for grabs. With the gaming scene continuing to evolve, it’s possible the timing would be right in 2024 for such a development to unfold.