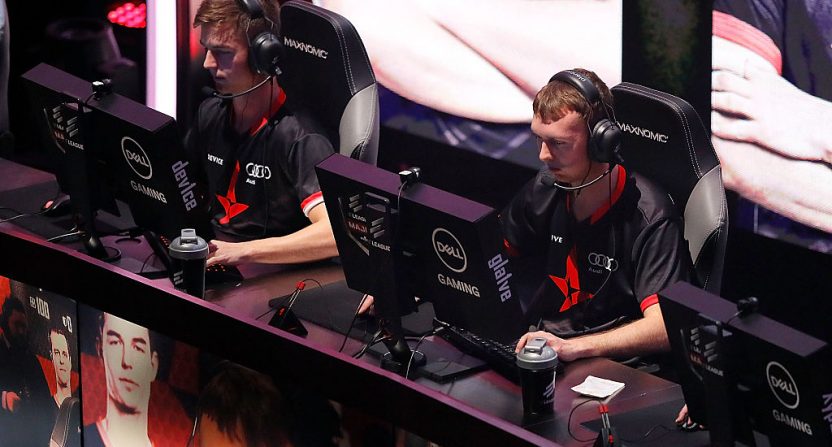 After a long afternoon or evening of heavy gaming, have you ever felt that nagging pain in your hands and wrists that probably got you to stop playing? Pour one out for eSports players, who probably get that feeling times 10, which combined with the pressure to win probably makes for a few thrown controllers and a few nagging injuries to boot.

Since eSports is such a booming business, some of the world’s best talent now are using physical therapists to hurt less, play more and stay healthy. Part of me wishes I was joking.

Kotaku tells the story of Dr. Caitlin McGee, a physical therapist in Washington whose day job helps out those needing to recover from all sorts of injuries. But at night and on weekends, McGee travels to eSports tournaments far and wide to help the stars of the controller recover. You might laugh, but these players do face dangers and ramifications for the actions they take.

“I had no idea what was going on, I had no idea what the game was or what the stats meant, but I was like, ‘This looks awesome and I wanna do it! Also, oh my God, their posture is terrible,’” said McGee. “That was how I discovered Dota. And, yes, the first competitive game I ever jumped into was Dota, because I’m a sane and rational human being.”

That was when McGee was watching a friend crunch numbers for the North American broadcast of the Dota Asian Championships, and as a doctor and physical therapist, noticed things that the average viewer wouldn’t. Working with tournament organizers wherever she is called, she helps identify symptoms, help players recover, and get ready for what’s next.

“You’re going to need to be creative in terms of adaptations to the plan you make, because the ideal plan for someone might be total rest for three weeks, with icing every day and starting this particular stretching and strengthening program,” said McGee. “And in reality, nobody’s going to do that if you tell them to do that in eSports, so you need to find ways to optimize what you can get, and let people know when what they want to do is unfeasible, and work with them when what they want isn’t quite feasible, but can be tweaked.”

So what injuries are the most common, according to McGee? Tendinopathy, which is inflammation in the forearm most players mistake for carpal tunnel, and bad posture from being hunched over like Quasimodo for hours on end in those ridiculous gaming seats.

“I haven’t had anybody get to the point where they can’t play anymore,” she added. “Although I have had players where they are in enough pain that every hour, on the hour, I will go to the freezer, grab an ice pack and find them, wherever they are, and make them put the ice pack on.”

Kicking off the final day of #Summit6! The #PlayMoreHurtLess office is open and ready for injury questions, ergonomics help, and more. pic.twitter.com/UgHFKUmP05

For instance, competitive Smash Bros players might develop forearm issues when they play with Fox or Falco because of the mechanics needed to play the characters properly.

“At this point, I can tell when someone has been playing a lot of Fox recently, just by poking their forearm when they’re at a Smash tournament,” said McGee. “I’m about 90 percent accurate, too. It’s pretty fun.”

It’s safe to bet that when McGee was training to become a physical therapist and doctor, she didn’t expect to ever have to utter that sentence. But as one of the maybe five physical therapists dedicated to eSports at the moment, McGee knows she’s in a nascent field with multiple challenges involved.

“There’s only so much you can figure out remotely, and I think that the way you would get that in-person care is for teams to essentially have what professional, traditional sports teams have,” said McGee. “A team athletic trainer or a physical therapist, someone in that capacity, acting both for prevention and for rehabilitation.”

Playing video games for a living can be a tough business, both mentally and physically. McGee’s newfound line of work shows that, even if it might take a second or two to remind yourself of the physical challenges a great eSports player might face.