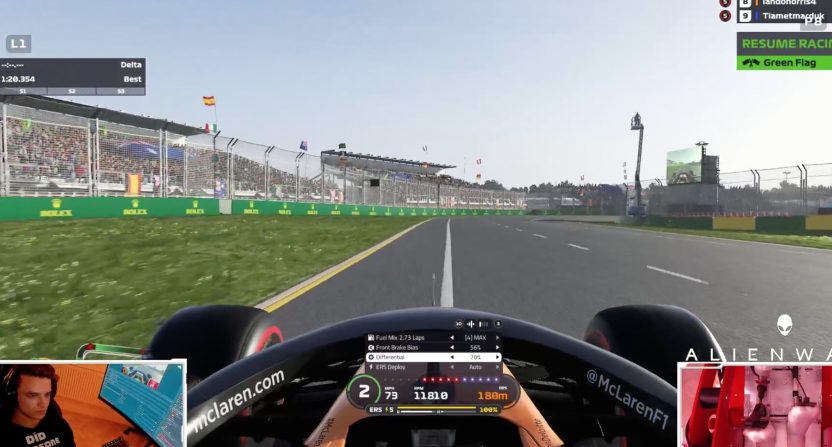 The 2020 Formula 1 campaign is in disarray after a string of races were either postponed or cancelled due to the coronavirus, but the announcement of the Virtual Grand Prix could be a saving grace this season, according to the EsportsBettingTop.

Organisers announced on Friday that the esports takeover will begin on Sunday, March 22—with the Bahrain Grand Prix—and is due to run until May, although that date could be extended if the season is postponed further.

F1 drivers will take part in the tournament and go up against their professional video game counterparts, with participants set to compete on the official 2019 F1 PC game.

Despite the fact some professional contenders are drive the real-life equivalent, it’s also mentioned the settings will be tweaked to account for those less familiar with the game. That means the likes of David Tonizza, Daniel Bereznay and Frederik Rasmussen—each of whom have competed in the 2019 F1 New Balance Esports Pro Series—may not mop the floor with their idols as easily as they would like.

“We are very pleased to be able to bring some light relief in the form of the F1 Esports Virtual GP, in these unpredictable times, as we hope to entertain fans missing the regular sporting action. With every major sports league in the world unable to compete, it is a great time to highlight the benefits of esports and the incredible skill that’s on show.”

The 2020 season was previously due to kick off with the Australian Grand Prix on March 15. That race was the first to be cancelled before it was confirmed on Thursday that the Monaco Grand Prix—scheduled for March 24—was also scratched off the calendar.

COVID-19 has been responsible for more than 11,000 deaths worldwide as of Friday, with Europe now reported to be the epicentre of the respiratory illness.

Formula 1 becomes the latest sport to switch its attention to esports in the face of postponements, with races to be streamed via “the official Formula 1 YouTube, Twitch and Facebook channels, as well as F1.com.”