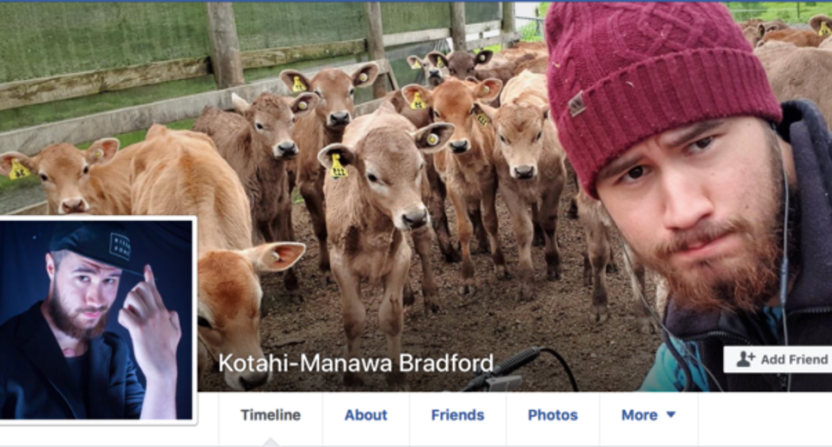 Teachers around the world who have long warned students “Don’t just cite Wikipedia” appear to have a new and incredible case in point. That would be the CMON (formerly Cool Mini Or Not) board game Rising Sun, which raised over $4.2 million from 31,262 backers on Kickstarter in 2017 and is just starting to arrive to backers ahead of an expected April retail release. The base game pledge cost $100 plus shipping, with over $100 more in extra add-ons available, so this is not a cheap project. And yet, it looks like one of the included figures comes not from the setting of feudal Japan and its mythology, but from a New Zealand man’s friend’s joking edit to Wikipedia.

The game’s a battle of area control, featuring Japanese clans, mythical spirits, and monsters. And the majority of what it includes appears to have at least some basis in Japanese legends. But on Kickstarter, projects often offer stretch goals when they reach certain funding levels, and in the case of games, that often involves adding extra content or figures. With wildly-successful projects like Rising Sun, there can sometimes be a scramble to find what makes sense as the next stretch goal, and that may help to explain what happened next. As John Brieger details here, CMON unlocked a “Kōtahi” monkey-like figure and season card at the $510,000 level. Here’s Brieger’s screenshot of what that looked like:

There doesn’t appear to have been much commentary on that at the time, but on Sunday, a Japanese user on Board Game Geek (a site that offers forums, reviews and so on for individual games) queried where this came from, and many replied that it looked like it came from Wikipedia and seemed related to the name of a guy in New Zealand: 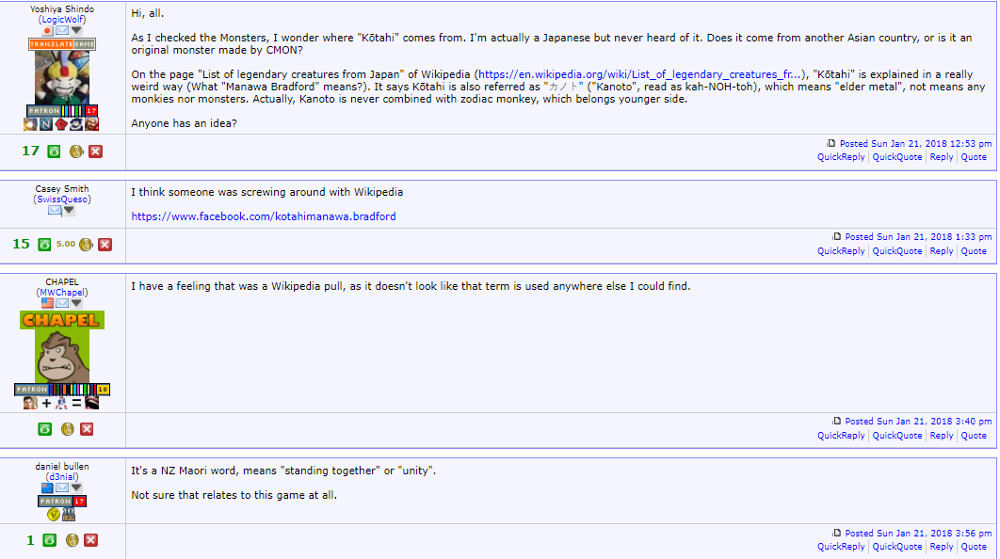 And others then found the Wikipedia edits in question: 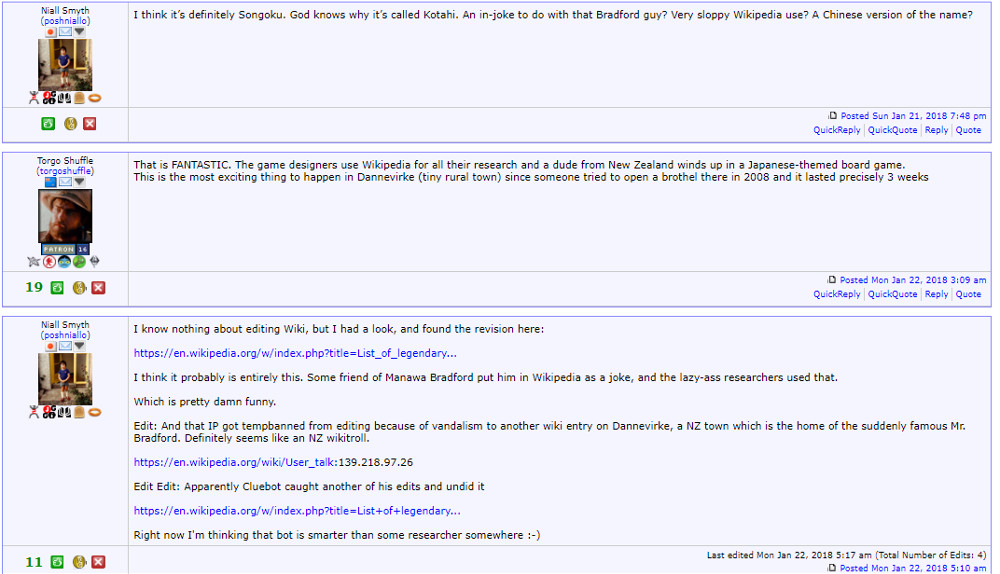 Here’s Brieger’s screenshot of what this Wikipedia page said:

Brieger then contacted the guy in question, Kotahi-Manawa Bradford (whose Facebook header is seen at the top of this post). Bradford confirmed how this information got on Wikipedia, but had no idea it was in the game:

I reached out to Kotahi-Manawa and he confirmed the story. A friend of his had made the Wikipedia edits, based on an in-joke about how he gets angry when he games. Prior to my reaching out, he was unaware of the existence of Rising Sun or his presence in the game.

Update: CMON sent this statement to Brieger: “We have been in contact with Kotahi, and him and his friend will be receiving copies of the game, including the Kickstarter extras to ensure they get the Kotahi miniature.” And they posted a clip of Kotahi being interviewed by a New Zealand station:

That’s sort of amazing, and is a good reminder of why it’s important to check out your sources. And with projects about languages or cultures that aren’t your own, it can definitely be a good idea to consult someone who does know it. At the very least, though, it seems worth going a bit beyond Wikipedia. But hey, at least this gives Bradford one heck of a story.