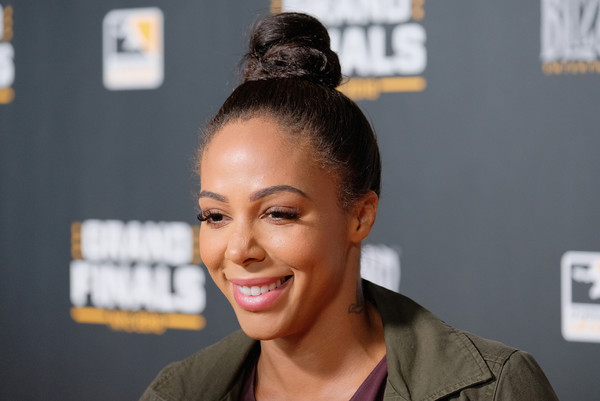 When I was a kid and I had to take turns playing video games with my friends, I would sometimes lie and tell them that it’s more fun to watch me play rather than actually play. But now that I’m older, not only is eSports a viable commodity in the sports world but it’s very exciting and entertaining to see these professional gamers compete in something in which they are the best in the world.

This past weekend, the Overwatch League had their first-ever Grand Finals at a sold out Barclays Center in Brooklyn. Consisting of a league of 12 teams from all around the world, the London Spitfire defeated the Philadelphia Fusion 3-1 in the first match and 3-0 in the second to win the inaugural championship and $1 million.

Overwatch is a first-person shooter, and games consist of 6v6 teams where the concept may differ from securing a point on a map to bringing a payload from point A to point B. Overwatch is one of the most popular video games and eSports out there, and Overwatch League has a TV deal with ESPN and Disney.

One such fan of Overwatch and eSports is NWSL’s Orlando Pride and USWNT star Sydney Leroux. Leroux was there this weekend and took in everything as a new fan of the sport.

Talking to The Comeback about how she got into Overwatch, “I just got into the gaming world and my gaming skills aren’t really good [laughter] but I just thought it was so cool,” Leroux said. “Even being here, the crowd is unbelievable and it’s really fun to watch. That’s kinda how I got into it.” She added, “I think there’s so much going on and like other sports you have to pay attention or else you might miss something, but I think it’s really cool and fun and it’s different.”

This is WILD!!! Here in NY for the @overwatchleague #GrandFinals pic.twitter.com/3m2BfuYBmi

Leroux said, “I think any athlete has to have really good mental toughness, tenacity, the desire to work hard at perfecting their craft and I think I try to do that in my sport and I know that these athletes are doing that at Overwatch.

Leroux should know what it takes to be a champion- she was one of 23 women to win the 2015 World Cup for the United States. A member of the national team since 2011, Leroux’s life changed in more ways than one.

“After winning [the World Cup], I found out I was pregnant [laughter]. That was probably the biggest change. But no, as a soccer player, that’s the highest thing you can achieve is to be a World Cup champion so I think after that it’s continuing to work hard and continue to improve.”

Leroux is in a very competitive family. Along with husband, fellow pro soccer player Dom Dwyer, the two of them play for their respective Orlando teams. Sydney plays for Orlando Pride in NWSL, while Dom plays for Orlando City SC in MLS. While they play in the same city, Leroux said it can be tough to find time to spend together during the season, but the two remain incredibly competitive in more ways than one. From kicking the ball around in the house to decide things like where to eat or just flat out destroying each other on Twitter, Sydney and Dom love to compete, have fun, and be parents to their son Cassius.

Speaking of her son, being a mother has come along for Leroux since winning the World Cup. Even though she remains a professional player, Leroux makes no doubt that Cassius comes first before anything and because of him, she is more motivated than ever to be at her best on the field and “be a badass for my son.” Cassius is being brought up in the soccer world as Leroux and Dwyer spend time with their son on the field after their respective games; it’s a special time for him to experience what his parents do for a living.

In terms of what the future holds, the USWNT is firing on all cylinders as they won the Tournament of Nations. And as we’re less than a year away from the World Cup, the defending champs are in line to be a favorite once again. Leroux acknowledged that the current team is a lot different than the team who was playing four years ago, but the concept for success is similar. To Leroux, it’s about “working together and working hard” in the run up to France.

As far as Overwatch League is concerned, they are coming off their first season on a high note and are capitalizing on that by bringing in six expansion teams and expanding the league from 12 teams to 18. Expansion teams that we know of will be placed in Atlanta, GA and Guangzhou, China, with expansion fees to be between $30 million and $60 million. A third expansion team is supposedly set to be put in Paris with former LA Dodgers and current Marseille owner Frank McCourt owning the team. So the future is bright for the league.