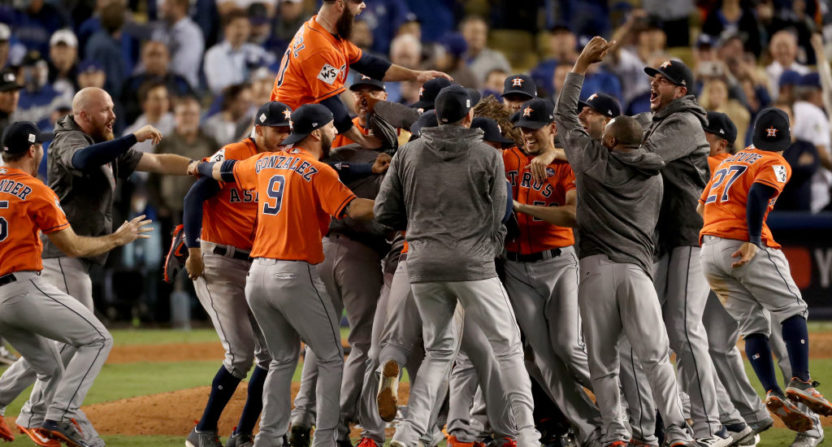 Thanks to the Houston Astros winning the World Series, Las Vegas sportsbooks lost a lot of money. As people pulled for the underdog Astros both as a team and for the city of Houston after Hurricane Harvey, people cashed in on their first World Series title and in a rare instance, beat the house.

In total, sportsbooks across Nevada lost a total of $11.4 million in baseball in November, according to ESPN’s David Purdum and the Nevada Gaming Control Board. One notable case of someone winning big was an unknown gambler who bet big in every World Series game and let it ride each time. Staring at a total of $10 million in winnings, the person decided not to bet on Game 7 and cashed out.

As someone who was recently in Vegas and lost more money than they won gambling, allow me to shed a sarcastic tear at the sportsbooks for losing for a change. I don’t know how they’ll be able to survive this type of blow. For the record, sportsbooks have made $213.6 million in profit this year with December remaining. If a profit of $18.1 million is achieved in December, it will be the most profitable year in Nevada sportsbook history. So despite eating the loss on the World Series, Nevada sportsbooks will be just fine.

If only the sportsbooks had only listened to Sports Illustrated, they may not have lost as much money.