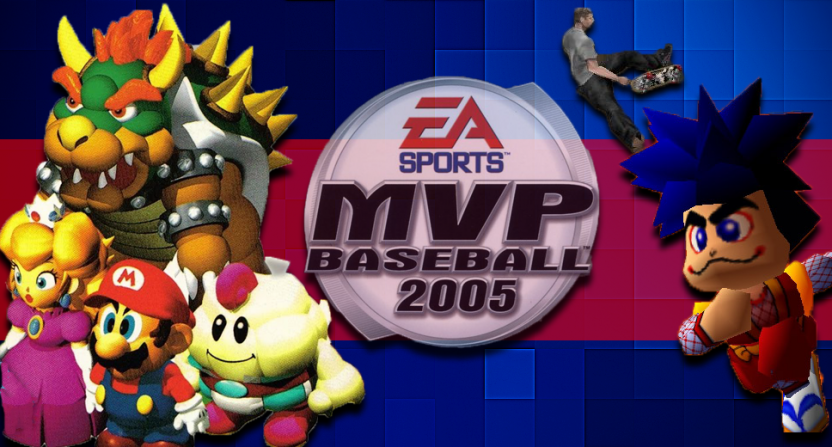 E3 — the biggest annual video game convention in the world — recently finished up in Los Angeles, and Microsoft, Sony, and Nintendo showed off some very promising upcoming games.

Microsoft also teased the revival of the 1991 NES classic, Battletoads.

The retro games are “in” these days, with vintage arcade bars taking over cities and the NES Classic and Super NES Classic being a couple of the most popular gifts in recent years.

So, what video game(s) would you like to see a reboot of? Here are some choices from The Comeback’s staff members…

Jay Rigdon: As a longtime Xbox/Xbox 360/Xbox One owner, I’ve been pretty satisfied. But there’s one thing the PlayStation has that the Xbox doesn’t: MLB The Show. It’s a great franchise, and with no similar first party effort from Microsoft, and no third-party options since the hilariously, impossibly bad MLB 2K series ended with 2K13, it’s been a long time since I’ve even been able to consider buying an MLB game. Which means that it’s clearly time for MVP Baseball to come back.

It was already one of the very best sports franchises, and it only ended because EA’s grab for NFL exclusivity for Madden games meant Sega felt the need to respond by grabbing an exclusive deal for baseball. That particular pissing contest cost us not only the best baseball franchise in MVP, but it cost us the NFL 2K series, which had already grown to rival or even surpass Madden in terms of quality. It also lessened EA’s need to continue improving Madden every year. (Turns out monopolies are bad!)

But for PlayStation owners, the MLB side of the deal was less of an issue, as it didn’t include first-party rights; Sony’s MLB The Show franchise took over from MVP as the gold standard for baseball video games. The exclusivity deal expired years ago now, and there’s still no sign of MVP coming back beyond a few speculative links. MVP 2005 remains a go-to game if my brother and I are back home with our original Xbox, and while I’m not the world’s biggest gamer, I’d pre-order MVP 19 in an instant, if it were actually a thing.

Ben Koo: I spent a good chunk of my weekend playing old video games, and I’ll say while I’m tempted to go with Contra, my god do I love playing the arcade version of Super Off Road.

Every time I go to a new arcade bar, I do a lap around the place trying to gameplan how I’ll spend my time. And while there are a lot of classics that suck me, I seem to gravitate the most towards Off Road. The pet=dal, the wheel, and oh yes……the nitro button. That sweet sweet nitro, a precursor to Nos in The Fast and the Furious. I never played the console version, but I’d certainly be game for a reboot of an absolutely underrated classic that would benefit from a refresh.

Joe Lucia: Since the Resident Evil 2 reboot is finally coming, I think I’ll throw my vote in the Super Mario RPG bucket.

This was arguably my favorite RPG ever, and while Nintendo has made plenty of Mario-centric RPGs in the years since, none of them have been able to recreate that original Mario RPG magic. I never did manage to hit 50 jumps in a row, though.

In the non-sports division, I’d love to see a continuation of the Mystical Ninja Starring Goemon series on the N64.

The platform, action-adventure game is a blast and it’s a hidden gem on the console. There was a sequel in 1999, but it was a side-scroller. I’d love an open world Mystical Ninja series that’s just as funny and catchy as the original.

David Rogers: I’ll be one of those people and say that I’d rather not see any of these older classics revived. That being said, I wouldn’t mind seeing items like the NES and SNES being brought back continue. Why try and recreate the classics, or upgrade the classics, when you can simply bring those classics back directly?

Times have changed. Many old titles were only good because of in-person multiplayer. Without that, a lot of their charm is lost. Sometimes, the best memories should remain just that- memories.

Kevin McGuire: With the recent success SEGA has seen with Sonic Mania, I think the time is right for another platform from the era of 8-bit and 16-bit battles to be revived in similar fashion. I’d love to see Bonk’s Adventure make a comeback in some way.

Bonk was left stranded on the Turbo Grafx 16 (or PC Engine depending on where you live) during the height of the SNES vs. Genesis battles as the path to the PlayStation was being paved. He was recognizable and had a handful of his own games, but he’s been largely missing from action since a mobile game released in 2006, and we all know the mobile gaming scene today has come a long way since then. Bonk had three games on the Turbo-Grafx 16 and one more on the Super NES before fading into obscurity in his later years.

Konami currently holds the rights to the Bonk franchise, and I hope the big-skulled caveman finds his way back to the 2D platforming scene soon.

Andrew Bucholtz: I’m going way off the board here, but I used to love a lot of the less-popular SNES sports games, and one I think could be a fun and different reboot is Head-On Soccer (Fever Pitch Soccer outside North America).

The FIFA series is great for quasi-realistic soccer with actual players, but Head-On Soccer was amazing for its zaniness; it was full-team soccer, but you could get players whose shots turned into fireballs, or who bent the ball like crazy, or who just barged over opponents, or just hopped down the field with the ball between their feet (my personal favorite). And it had an awesome tournament mode where you’d start without much and could buy more and more specialized players as it went on. I’m sure the brand probably doesn’t have much recognition these days, but I’d love to see an updated version of this. (Or my second choice, Super Soccer, which wasn’t quite as zany, but had great gameplay, an excellent “beat every team” mode, and a shocking twist when you finally won…or did you?)

David Lauterbach: MVP Baseball 2005. No question MVP Baseball 2005 is the best sports game of all-time and I think a reboot would be amazing. Right now there isn’t a solid baseball game for Xbox available that can be compared to MLB The Show on Playstation.

If Xbox were to bring back MVP Baseball 2005, there are a couple things I would want them to do:

1. Don’t change the graphics! I know how crazy that sounds, but I loved the funky box style graphics that looked so ridiculous even back in 2005.

2. Keep all the players that were in that game and add current players. Yes that’s right, I want to play with the 2005 version of Manny Ramirez and 2018 Mike Trout on the same team. Have all the players progress from their 2005 & 2018 versions onward. I think this would be a ton of fun and would be really cool to have guys like Bryce Harper go up against an in-his-prime Pedro Martinez.

Matt Clapp: I’ll give two. First, Virtua Tennis, which I was obsessed with on Sega Dreamcast (the most underrated console, by the way).

My friend and I became so addicted to this game that we actually started trying out real tennis for the first time. This game seriously motivated us to go the local park and hit the tennis ball around, and we then started watching the sport more on television. Within months we were playing doubles… on the high school team! I’m now a huge tennis fan and it’s my favorite sport to play. All thanks to how much I enjoyed Virtua Tennis.

And for the other, I’ll go with Tony Hawk’s Pro Skater.

There have been several editions of the game, with the first one being released in 1999. Most of the games have been awesome, but the most recent version — Tony Hawk’s Pro Skater 5 (2015) — was terrible. In 2012, Tony Hawk’s Pro Skater HD was released, featuring levels of the early games in the franchise updated in high definition. I bought it for $15 on the Playstation Network for the PS3 and it was seriously the best $15 I ever spent. There are few things in video game history that I enjoy more than just skating around in Tony Hawk with some Goldfinger and Millencolin blasting.

But that’s basically what I want: what made the original Tony Hawk games so simple and special, with some new (and old) courses/levels and improved gameplay and graphics on the PS4, Xbox One, and Nintendo Switch. Just a dedicated, good reboot, unlike the 2015 version. This game would be so damn fun to play handheld on the Switch, for example. And it would bring back a lot of great memories.

1 thought on “What video game do you wish would get a reboot?”