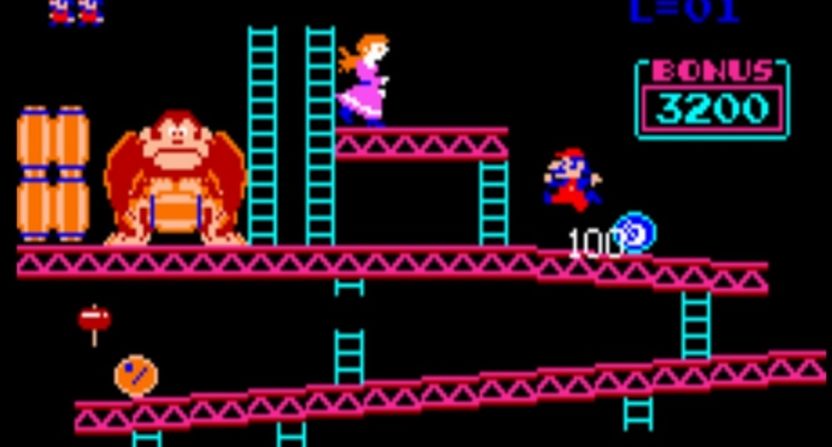 Video game records are extremely serious and can be hotly debated and sought after. Just go on YouTube and look up any video game name and world record, and you’ll get crazy videos such as this one:

Some video game world records are immortalized to the point that films are made about them. In 2007, the documentary The King of Kong: A Fistful of Quarters was released. The doc chronicles various attempts to beat Billy Mitchell’s famous 1999 record for the highest Donkey Kong score of all-time.

What happened was on a separate forum for video games known as Twin Galaxies, Jeremy “Xelnia” Young accused Mitchell of using a ‘Multiple Arcade Machine Emulator’, known as a MAME, to reach his high scores instead of the required typical arcade machine.

Remember, this is just about a video game.

“Short of live, time-stamped, complete footage (including full views of cab hardware) of the games in question, I will not be reinstating any of Billy’s scores in question,” Young said. “If this community (and others like it) are built on the idea of friendship through competition, camaraderie through our shared pains in pushing ourselves, our friends, and these games to their limits, then we must strive for honesty and legitimacy.”

Once this announcement was made, Young had to go a step further and prove his accusations were true. How did he do that? He focused on how arcade cabinets load up the game’s levels vs. how a MAME does.

When Twin Galaxies and Young viewed the video, they realized that Mitchell’s scores appeared on screen as if they were from a MAME. To make matters worse for Mitchell, the referee present when he “set these records” was an Atari score-setter known as Todd Rogers, who is also in the middle of a score dispute.

“I do remember there was talk of a video tape,” Twin Galaxies’ employee David Nelson told Kotaku. “I think it was in Todd’s possession. Did I see it? No. I don’t know if Todd was hanging on to it for safekeeping or not letting people see it but even if we did get it there would have been no time to review this tape in the manner that it required. ”

Nelson went on to tell Kotaku that when he spoke with Mitchell on the phone, the talk was pleasant before eventually turning sour.

“The conversation started getting a little ugly,” Nelson said. “He seemed like his plans were being threatened.” Nelson claims Mitchell threatened to make things bad for Twin Galaxies.

“Did anyone have a reason to distrust his honesty or his ability? No,” Nelson said.

The “direct feed recording” of Mitchell doesn’t show him playing the game. Due to the lack of video proof provided by Mitchell, his score is in jeopardy with Twin Galaxies as well as the Donkey Kong forum.

“Twin Galaxies is in the process of fully-reviewing the compelling evidence provided by Jeremy Young to support his current score dispute case against Billy Mitchell’s Donkey Kong score,” Twin Galaxies commissioner Dave Hawksett told Kotaku via email. “We will do this thoroughly and impartially. In the meantime we will continue to observe this discussion by experts in the community and will also examine any further evidence that may be provided during this review period. We are taking this matter quite seriously.”