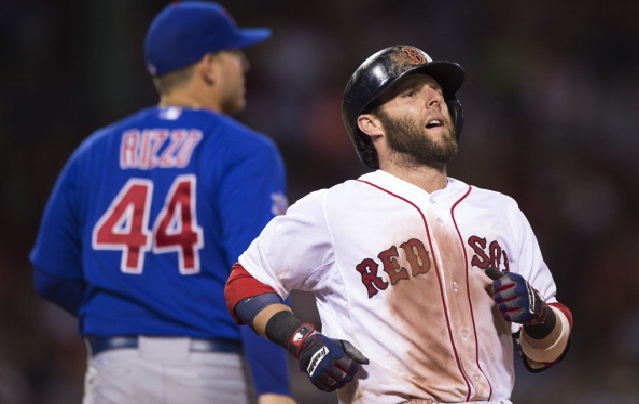 Welcome to 2017. Somehow, we made it! What’s going to happen in the immediate future? We at The Comeback are here to help with your prognostication needs.

[Obligatory disclaimer: The information provided here is strictly for entertainment purposes only. We offer no guarantees and do not encourage any wagering based on these predictions. Only one man can see the future: Kanye. ]

Our fearless forecast: Here are five predictions for the new year.

Some NFL team will hire a Bill Belichick assistant – and regret it.

When it comes to NFL coaching trees, Belichick’s has some rotten branches. Still, desperate NFL owners can’t help themselves. They love to hire the guy standing next to THE guy.

#Patriots OC Josh McDaniels will get plenty of requests. My understanding is he’ll do 3 interviews late this week: #Rams, #Jaguars, #49ers.

San Diego is off and running: Chargers have requested permission for HC interview with Patriots DC Matt Patricia, per source.

Belichick is smart and surrounds himself with smart people. However, that doesn’t mean they are all head coaching material. The track record on Belichick’s New England assistants is laughably bad:

Josh McDaniels – Famous for being the offensive coordinator for Tom Brady when Brady actually had a great wide receiver (Randy Moss). Hired by Denver Broncos. Celebrated too much after beating his mentor. Later fired by Broncos. Career record: 11-17.

Bill O’Brien – Famous for being offensive coordinator for Tom Brady – and for getting into a sideline argument with Brady. Hired by Penn State. Hired by Houston Texans. Still coaching the Texans. Career record: 27-21.

When Bill O’Brien is the best the Belichick coaching tree has to offer, that’s not good enough.

Villanova will finish with a better record than last year, but not reach the Final Four

Top-ranked and defending national champion Villanova (14-0, 2-0 Big East) is the best team in the nation. The Wildcats cemented that status by winning at No. 10 Creighton last Saturday, 80-70. They own two road victories – Purdue being the other – over ranked teams. You’d be hard-pressed to find a team with a better overall résumé – except for maybe No. 2 Baylor which has wins against Oregon, Michigan State, Louisville and Xavier. However, two of those games were in Waco and the other half were on neutral sites.

FINAL: Villanova 80, Creighton 70. The Wildcats finish the calendar year with a 38-3 record. Nobody has ever won more in a calendar year.

Baylor men's basketball No. 2 in AP poll, the highest ranking in school history.

Looking ahead, Villanova has a test Wednesday night at No. 18 Butler. After that, the Wildcats have only two difficult road games left: Xavier and Seton Hall. They also have a tough non-conference game against Virginia Jan 29.

Villanova could enter the NCAA Tournament with only three losses. They finished last year 35-5. Getting to the Final Four is one of the hardest things in sports to do and sometimes the best teams don’t get there. It wouldn’t be shocking if the Wildcats were bounced out before reaching Phoenix.

Lane Kiffin will be above average at Florida Atlantic, get hired by Power 5 school by December 2018

Kiffin is America’s favorite piñata. Think of him as the anti-Paul Rudd. Seemingly everyone loves to hate him. He’s so disliked that most people smiled when Nick Saban yelled at him and rejoiced when he left/ was ousted as Alabama’s offensive coordinator before the national title game.

Think about that for a moment. You have to be pretty damned disliked to have the overwhelming majority side with Dictator Saban.

Kiffin draws the ire of many because for a long time he got job promotions despite having done very little to warrant them. He became the youngest head coach in NFL history at 31 for the Oakland Raiders with no previous head coaching experience.

After leaving Tennessee following his first season and later getting fired at USC, he hitched his wagon to Saban. And now, at the age of 41, he’s at FAU – a middling program in C-USA – making less than $1 million annually.

Former Saban defensive coordinator Kirby Smart is the coach at Georgia. The difference is staggering. It also tells you a lot about how Kiffin was perceived in the college football world. His previous head-coaching stints ended so poorly that it rendered him basically unhireable.

Florida Atlantic, 3-9 last year, signed former Florida State quarterback De’Andre Johnson, who is best known for punching a woman. He also hired Kendal Briles as his offensive coordinator from scandal-ridden Baylor. Kiffin is taking risks, but it could pay off for him with major-conference job in the future.

Boston Red Sox will face Chicago Cubs in the highest-rated World Series of all time.

Not really surprising. These traditional fan favorites are the betting favorites to meet in the World Series. The Cubs, the defending champions, were a ratings monster for Major League Baseball. Now that the lovable losers have finally won, they should continue to build on their national following. With a core of young players, the Cubs should be back in the World Series again.

Boston leapfrogged Cleveland the moment it traded for perennial Cy Young Award contender Chris Sale. The left-hander has finished in the top six of the American League Cy Young Award voting the past five years. The Red Sox also have several good young players, keyed by Xander Bogaerts and Mookie Betts. Their maturation should be enough to offset the retirement of David Ortiz.

A Boston vs. Chicago World Series would have plentiful storylines, notably Theo Epstein — on his way to becoming the greatest GM of all time — facing his old team. It’s a World Series everyone would watch.

Russell Westbrook will show up to a press conference nude, wearing only an eye patch

You know it’s only a matter of before Mr. Triple-Double pushes post-game fashion boldly where it has never gone before.