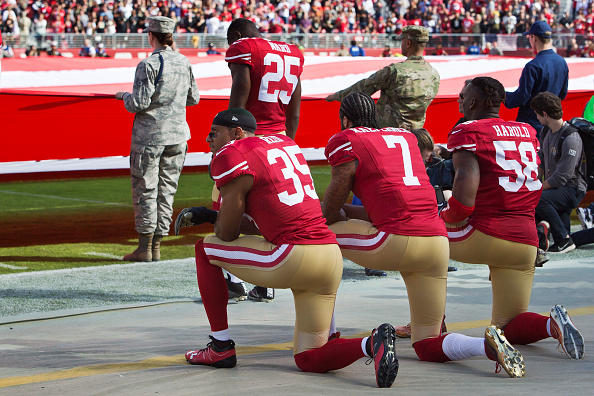 If you’re a player for one of the 325 American Legion baseball teams in Minnesota, you won’t be allowed to play if you don’t display “proper respect” for the national anthem before games.

The Star Tribune reports that American Legion baseball (13-19 year olds) in Minnesota has put in place a no-tolerance policy for behavior during the national anthem, and failing to show “proper respect” for the anthem will result in the player being banned from the program:

The committee overseeing American Legion baseball in Minnesota has adopted a no-tolerance policy when it comes to athletes’ behavior during the national anthem before games: Anything less than “proper respect” will mean outright banishment.

I’m sure by now you’re wondering what is considered “proper respect” by American Legion for the anthem. Here’s the answer to that, via WJON.Com:

Thompson says “proper respect” refers to players standing at attention with their hats off, and hats over their hearts.

And for what wouldn’t be considered appropriate behavior during the anthem?

As for what is not allowed, Perry said, “kneeling down, back to the flag, stuff like that.”

The addition of this policy is of course in response to athletes protesting the anthem recently, with the San Francisco 49ers’ Colin Kaepernick starting the movement in August by kneeling during the anthem in the NFL preseason.

Now, this is the American Legion we’re talking about; a military veterans supports group:

The American Legion, as a military veterans support group, “is teaching youth in any program, including baseball, about American values and what the legion stands for.”

Gail Kalata, who heads the American Legion district that covers Ramsey County strongly endorsed the no-tolerance policy because of the Legion’s mission “helping to instill in youth proper respect for our country and those things that represent our country.”

So, while the policy is eye-roll-inducing given that freedom of speech exists, it’s not exactly a shocking move by the American Legion either. That doesn’t make it right, but keep in mind that you don’t have to join their league, and there are other baseball leagues out there.