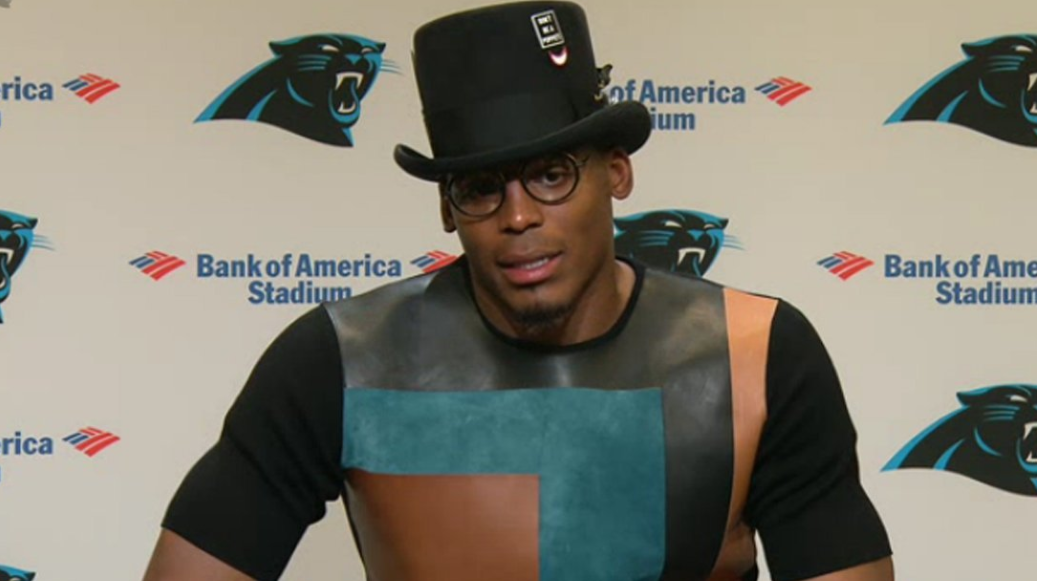 In a way, it’s inevitable. If you spend enough time on camera, in front of a microphone or on Twitter, it’s bound to happen. You’re eventually going to say or write something that is regrettable, misinterpreted, politically incorrect, inflammatory or a combination of all four.

When you screw up, the angry mob is out there – waiting to pounce with their pitchforks, torches and outrage. They’re ready to incinerate your image and assassinate your character. They smell blunders the way sharks sense blood and now they’ve caught a whiff of yours.

Justified or not, it’s somewhat frightening how quickly an error in judgment can morph into something serious. No one would want to be defined by their worst moment. Forget the fact you’re human. Ignore the probability that all of us have said something horribly stupid at least once in our lives. Time for the mea culpa. You better be sorry and you really, really, really better mean it this time.

This is not meant to be a defense of Cam Newton, who was the latest to step in it. Newton, like Kanye West, seems to rub some people the wrong way. So when Newton said, “It’s funny to hear a female talk about routes,” you knew his sexist comment was going to become a mushroom cloud of backlash. Newton apologized the next day, describing his comments as “extremely unacceptable,” but he could have handled this better.

Here at The Comeback, we would like to offer our help. Here’s a handy, dandy guide to help athletes when the sh** hits the fan over something you said.

** Know what you’re apologizing for. This might seem obvious, but sometimes people are oblivious. Saying sorry without understanding the context often comes across as insincere. Identify what you said or did, how it was interpreted, and why the aggrieved party is upset. If you’re having trouble, ask your media relations director, agent or a hanger-on to assist you.

Some things don’t require a public apology. For example, Antonio Brown might owe his teammates an admission of regret for throwing a water cooler in frustration, but he certainly didn’t owe the fans or the media anything. (Though, he did apologize publicly).

** Use a three-tiered approach. OK. Now you know who is pissed off and why they’re pissed. Consider a three-step strategy to make sure you cover all your bases.

First, apologize to them personally. Face-to-face is preferable but if time doesn’t allow, call them. Avoid texting. That’s the coward’s way out. Second, prepare and release a well-crafted statement to the public via social media. Avoid using “If I offended you” or “to those who were offended.” That just makes you look like more of a jerk. Third, apologize in a press conference and answer questions. Remain calm and contrite no matter how agitated you might feel. If done properly, this will help a lot with damage control. And remember, you’re not just speaking to fans, you’re speaking to sponsors.

Do this all as soon as possible. In the 24-hour news cycle, the longer you wait, the longer this mess will linger.

** Make a charitable donation. It’s easy to say you’re sorry. It’s another thing to show you’re sorry. Let’s take Newton, for example. He mostly expressed the right amount of contrition. But if he really wanted his words to have an impact, he should have done something like this: Jourdan Rodrigue, the reporter at the center of all this, is an Arizona State graduate. Why not set up a one-time, one-year journalism scholarship for a woman attending Arizona State? This goodwill gesture won’t solve all your problems but it will show people that you care.

** Wear an “apology sweater.” We’re borrowing this idea from Alex Rodriguez. In 2009, A-Rod finally fessed up and admitted taking steroids in a television interview with Peter Gammons. What was also noteworthy about that appearance was that ARod was dressed as though it was elementary school picture day: fresh haircut with blue sweater over a white-collared dress shirt. It was the kind of look that was as non-threatening as possible. It might not have altered your feelings about A-Rod, but he did look remorseful.

** Don’t be afraid to be self-deprecating. Humor is a good way to get people on your side. You make yourself look more likable when you poke fun at yourself. Lance Armstrong made millions by taking PEDs to win seven Tour de France titles. He’s a punch-line. But recently, he earned some credit for his funny appearance on the Andy Samberg HBO mockumentary Tour de Pharmacy. It’s impossible not to laugh when you see Armstrong in a poorly shrouded silhouette.

“He remains, to the general public, the face of cycling in America,” said Tour de Pharmacy director Jake Szymanski. “I think we can say we were all pleasantly surprised he said yes.”

[The final option below is for NFL teams only]

** Convince your coach to sign Colin Kaepernick. Not kidding. If all else fails, this would be a gangster move. One of the best ways to escape controversy is to change the conversation. The media would have totally forgotten about Newton’s faux pas if the Carolina Panthers announced they had signed the controversial Kaepernick. Of course, this is a one-time only play. But it absolutely would have worked.