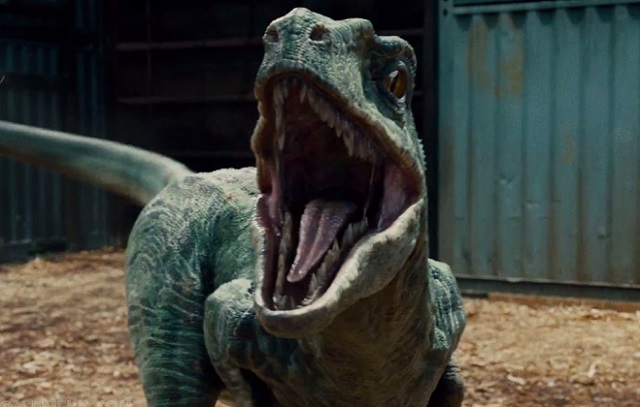 The chances of a real-life Jurassic Park are still slim, but a major breakthrough was just made in terms of what dinosaurs looked and felt like.

For years and years, we have believed dinosaurs were these massive scary beasts that were scaly and looked really like humongous lizards. While in the past, scientists have stated dinosaurs were more from the same family as birds than lizards, there hasn’t been a major breakthrough to prove that. But that all changed with the recent discovery of a dinosaur tail trapped in amber found in Northern Myanmar.

The tail is 99 million years old and was found by Xing Lida, a Chinese paleontologist. Lida discovered the fossilized remains at an amber market in northern Myanmar near the Chinese border. What makes the story even more amazing is how lucky she was here. The piece of amber was actually being sold as jewelry. The Burmese traders that sold Lida the amber thought there was a plant trapped inside. Despite Lida telling them otherwise, they didn’t raise the price!

Wow. A 99-million-yr-old dinosaur tail found in amber, and it's covered in … feathers. Revamp the museum displays. https://t.co/28TT71T5g2 pic.twitter.com/xKM9g3BvkL

“I realized that the content was a vertebrate, probably theropod, rather than any plant,” Xing told CNN. “I was not sure that (the trader) really understood how important this specimen was, but he did not raise the price.”

Not only has the discovery likely made Lida’s career as a scientist, but she’s now become a rock star in her profession.

Ryan McKellar, a paleontologist at the Royal Saskatchwan Museum in Canada, was blown away when Xing first showed it to him.

“It’s a once in a lifetime find. The finest details are visible and in three dimensions,” McKellar said.

The tail reportedly belongs to a young coelurosaurian, which is from the same dinosaur group as velociraptors and the tyrannosaurus. You see where we’re going with this. Sadly though, the coelurosaurian wasn’t as big as those guys. Instead, the coelurosaurian is a sparrow-sized dinosaur that could’ve “danced in the palm of your hand.”

The amber that the tail was encased in weighs around 6.5 grams, but contains enough bone fragments and feathers to make this finding massive. The detail also adds to the evidence scientists have accumulated that shows dinosaurs had primitive feathers instead of scales.

“The more we see these feathered dinosaurs and how widespread the feathers are, things like a scaly velociraptor seem less and less likely and they’ve become a lot more bird like in the overall view,” McKellar said.
“They’re not quite the Godzilla-style scaly monsters we once thought.”

Because of the feathers, the scientists were also able to deduce the dinosaur was probably a chestnut brown and white color.

“It really underlines the importance of amber as an anchor for future study. We’re picking up features we couldn’t see in compressed sedimentary fossils, ” said McKellar.

If there's ever been a time when we need a historic discovery of a baby dinosaur tail fossilized in amber, it's now: https://t.co/DqQmNknMlk

While all of these findings are cool, you can’t help but wonder if this brings us one step closer to a Jurassic Park. Sadly, McKellar said the answer is no. To create the dinosaurs in the movie, the scientists use blood extracted from insects inside amber. With the tail in amber, no genetic material was preserved and instead the blood found inside the tail was useless as far as recreating the dinosaurs in real life.

“Unfortunately, the Jurassic Park answer is still a ‘no’ — this is firmly in the realm of science fiction,” McKellar added.

Sadly, it looks like we won’t be hearing the Jurassic Park theme song on trains traveling into a real-life dinosaur park anytime soon…

Despite the fact that a real-life “Jurassic Park” is still far into the future, people are understandably freaking out about this discovery. This is one big pile of shit. But the good kind, ya know?

My brain: SO COOL TELL ME EVERYTHING
My heart: oh god all of my plastic dinosaurs are increasingly inaccurate
My foot: nothing, it's a foot https://t.co/w0DIL4mSzd