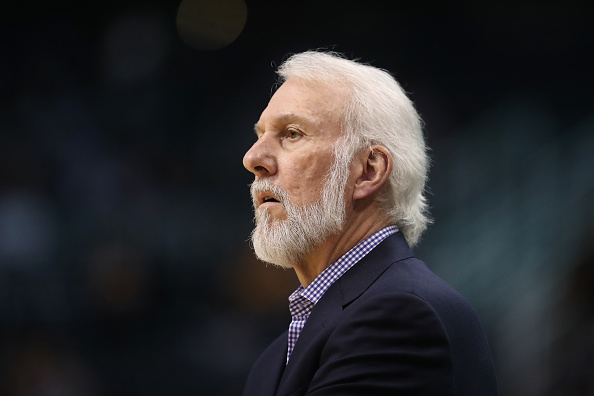 The news of an executive order from President Donald Trump concerning a ban on certain countries’ immigrants has caused a ripple all around the world.

The sports world is no exception, as several notable figures have decided to speak out on the ban.

San Antonio Spurs head coach Gregg Popovich expressed his discontent on the ban when speaking to the media on Sunday:

“As you already know, I have lots of thoughts about what we’ve done to ourselves as a country and what we’ve allowed to happen. But we’ll see where this goes. Obviously the roll-out today was Keystone Kops-like by any measure with objectivity. Whether you want to say it’s good or bad is irrelevant. But it was Keystone Kops, and that’s scary.”

The plaque at the base of the Statue of Liberty reads: “Give me your tired, your poor, your huddled masses yearning to breathe free, the wretched refuse of your teeming shore. Send these, the homeless, tempest-tossed to me, I lift my lamp beside the golden door!” #resist

Ibtihaj Muhammad — a gold medal-winning fencer who wore a hijab during her run — voiced her displeasure in a quick and decisive tweet.

Our diversity makes our country strong

The New England Revolution’s Kei Kamara is from Sierra Leone, and talked about how America is a melting pot of people:

I was a Muslim refugee (2000) and a Muslim citizen today (2017)….This is the UNITED States of America 🇺🇸 #UnitedWeStand #MeltingPot #NoMuslimBan

They all bring up great points about how the freedom we have as a country is unique and a given in our daily lives; how it can’t be taken away despite differences. While many want these athletes to stick to sports, they’re residents of this country and hold feelings that can’t be suppressed.

It was once rare to see athletes speak out like this, but now it’s commonplace. It’s a development that should be celebrated rather than silenced.