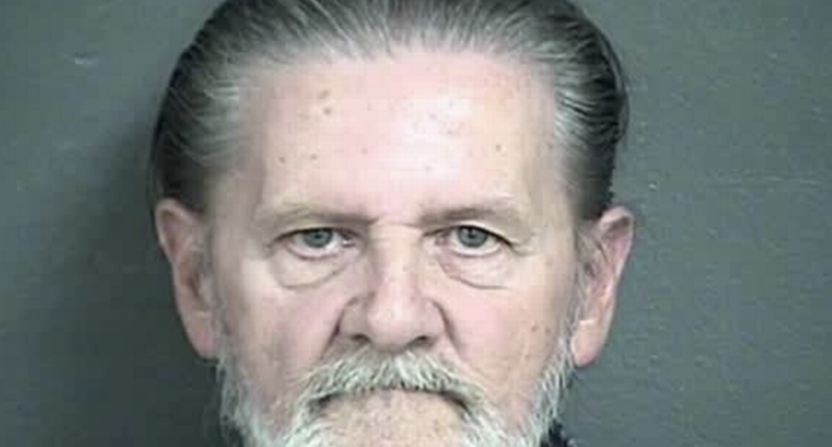 A 71-year-old man who apparently couldn’t stand his wife anymore, robbed a Kansas City bank so he could be arrested and go to prison in order to avoid living with her. But as the saying goes, “The best-laid plans of mice and men often go awry.” And this guy will be spending even more time with his wife as punishment.

Lawrence Ripple wrote a note and told his wife that he would “rather be in jail than be at home.” Ripple then went to the bank, gave the teller the note saying “I have a gun, give me money,” and then sat on the floor of the bank in order to be arrested. At sentencing, the judge gave Ripple six months of home confinement, three years probation and a small fine.

In all seriousness, this wasn’t a laughing matter. After having quadruple bypass heart surgery in 2015, Ripple became depressed but it was left undiagnosed. Before his surgery, Ripple had a great relationship with his family and had a clean criminal record. So something was obviously awry when he all of a sudden wanted to go prison instead of facing his wife.

Because of the robbery, Ripple was able to get diagnosed, get on the right meds and become the person he used to be. Ripple apologized to the bank as well as the teller as he took full responsibility and had been undergoing therapy sessions with his wife. Because of that, what could have been a 37 month prison sentence, wound up being home confinement after the bank VP and the teller agreed that leniency is the way to go.

Common sense situations like this could be used other times when someone breaks the law. With prisons being more and more overcrowded, is it really smart to put someone in prison who hadn’t been in trouble with the law for 70 years and committed this crime due to no one thinking to diagnose him with depression? He doesn’t seem like he’s going to be a threat to society and it would only be worse for his mental health if he had gone to prison. Obviously this can’t be the case in every situation when someone breaks the law but it at least makes sense here.