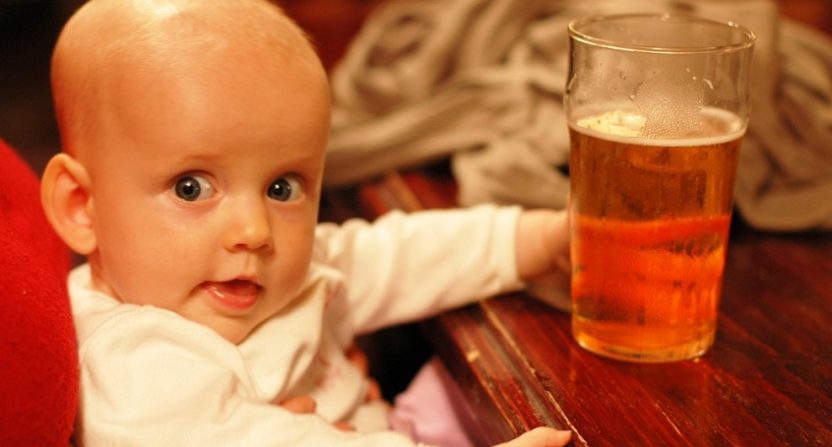 The future belongs to the participation trophies of fornicators.

As a decrepit 30-year-old, I have questions about the direction of the world that need to be resolved before pulling some unknowing dope out of the essence and incarcerating their soul in a prison of mold-ridden bologna.

I accepted decadent culture’s victory long ago, when pregnancy switched from something salacious in high school to a fact of biological life seemingly overnight. Instagram ultrasounds don’t even faze me anymore.

I am not mad. In fact, I enjoy this. I understand why the government’s tax code values parents more than an unmarried man who spends a thousand dollars a year on fancy sand for his cats to defecate in and trot all over the soiled carpets of his lean-to in rural Ohio. 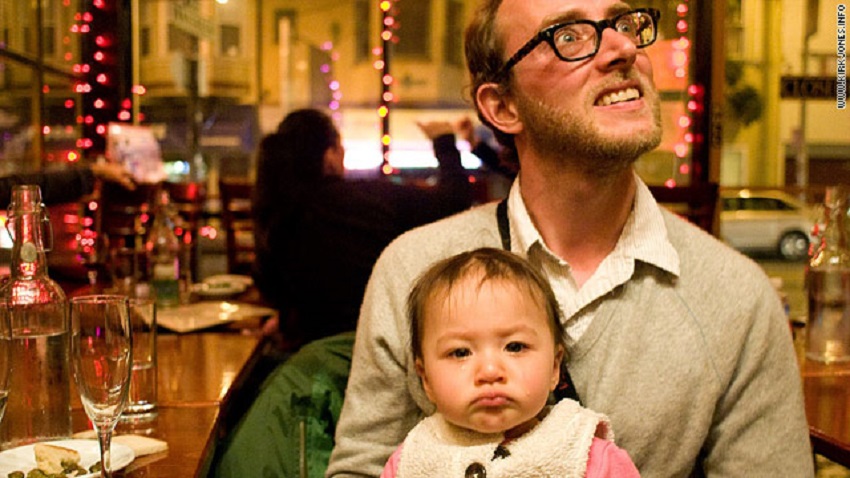 What doesn’t make sense is when I look over at a bar during a break in the big game and catch the cold and calculating glare of a baby. It’s always the same arrogant stare, too. “Yeah, buddy, I could shit my pants right here and not end up in a mental institution. And I don’t have to work tomorrow. U mad, bro?”

I have ceded friendships, family gatherings, restaurants and three flights which included whaling usually only heard in violation of the Geneva Convention. I may have made some passive-aggressive tweets about it, but I took my gruel and moved about my day.

This latest incursion is where I put a line in the sand. What makes parents think a place filled with strangers poisoning away their sanity is a place for a baby?

We get it. You’re trying to gaslight your gang into thinking you didn’t just drop a flesh bomb on your friendship. While other parents are doing things like parenting, you’re here being hip with a tiny human wrapped to your chest like a suicide bomb in order to double-fist IPAs and use a “Sunday Funday” sticker on Snapchat.

Move on to the next chapter of your life. Go to the baby park. Your child deserves a better environment than listening to me rant about seizing the means of production to my friends while they catatonically nod their heads and text friends with unquestioned sanity. The bar is the last public institution where celibate schmucks like me can go and expect not to be reminded of our failure of never fulfilling Grandma’s last wish of wanting to hold a grandchild. 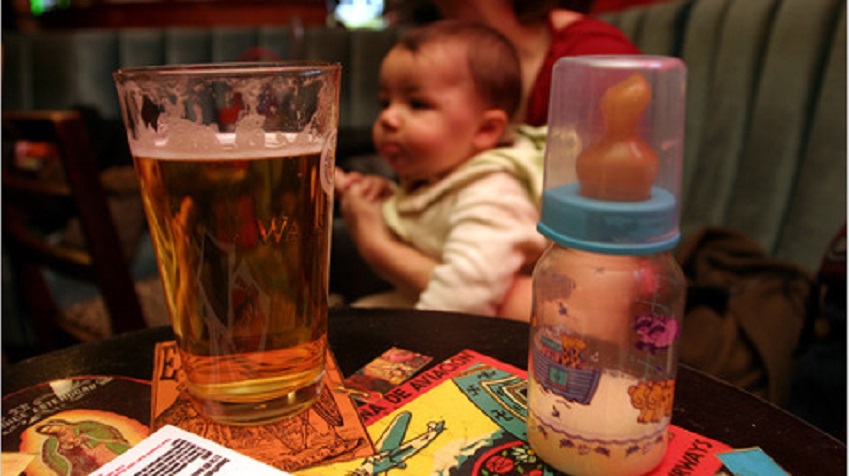 These are the same people who invented diaper and gender reveal parties as window dressing for a pyramid scheme to subsidize the ever-increasing cost of 21st century child-rearing. This is after they ask for the “honor” of your presence on a wedding invite that includes a link to a Pier 1 Imports wish list. Y’all could’ve got married at the courthouse and afforded that “registry” instead of exiling me to the island of sterile social rejects for a meal of assorted leaves and processed chicken breasts that’ve been sitting in a warming pan for four hours. We used to call that extortion.

Now these people want to share the sanctuary of the guy cloaking failures and insecurities with alcohol in a way that would cause medical quacks to reflexively cough up word salads like “substance abuse issues”?

I would tailgate these kids’ birthday parties, but my heckling would lead to an arrest and civil suit.

Instead, I’ll ask the bartender to run that play again. I need to pour one out for the future of humanity.

D.J. Byrnes is a college football blogger hailing from Marion, Ohio. He normally sells words to ElevenWarriors.com in exchange for currency.