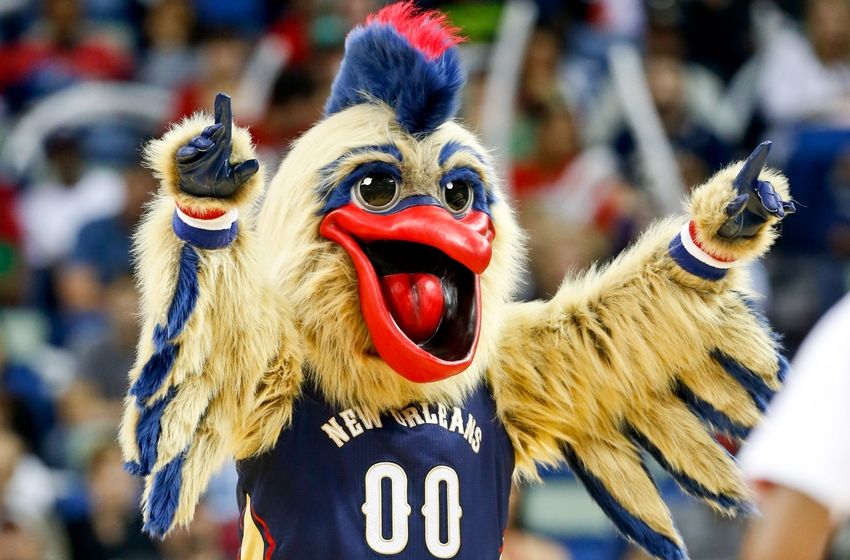 A swim meet in St. Petersburg on Saturday got an unexpected competitor: a pelican that crashed the 200 IM and plopped itself in the middle of the pool.

As shown in the videos below, the pelican lands near the pool’s edge and nearly interferes with one breast-stroking competitor, then flies to the center of the water as more swimmers race toward it. The bird then comes perilously close to colliding with a racer who has transitioned to freestyle but gets out of the way just in time.

The swimmers appear thoroughly unintimidated by the giant bird in their path and keep on swimming.

Here’s some more detail, from The Tampa Bay Times:

Elena Cano, 54, a timekeeper for the event, got photos and video of the pelican as it descended into the pool.

“(The pool) is definitely warmer than the bay water,” Cano said.

Cano said many types of birds were flying near the pool, including black birds, seagulls and pelicans.

“All of the sudden, someone said, ‘Did you see that?’ And there was a pelican in the water,” Cano said.

Her video captures the pelican’s second dip during today’s meet. The bird had briefly landed in the pool during an earlier race, but was scared off. Then it returned, careening from lane to lane like a texting driver.

“They didn’t stop any race,” Cano said. “We just kept on timing.”

“I thought ‘I hope the bird didn’t poop in the water.'”

Eventually the pelican flew away and the race concluded without interruption.