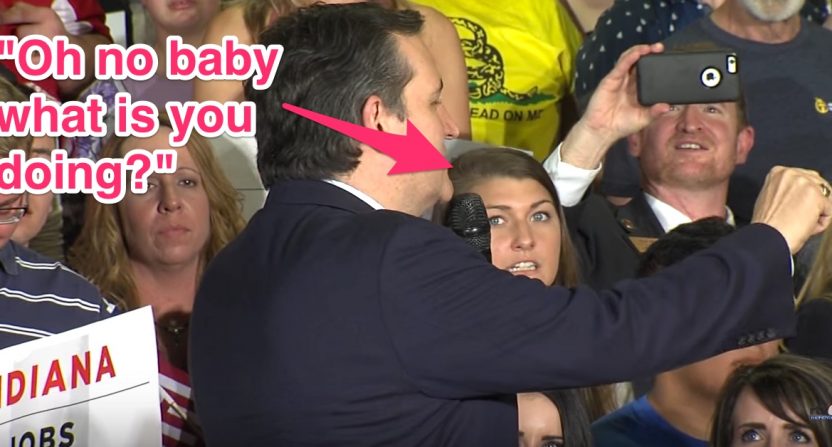 People like to tell sports writers and athletes to stick to sports rather than opine on politics. That’s not very fair advice, but for their own good, sometimes politicians should avoid sports and stick to politics.

We were reminded of that again Thursday when after Republicans passed their American Health Care Act, White House Chief of Staff Reince Priebus said something quite unfortunate.

.@Reince exiting gop cloakroom tells me: "The president stepped up and helped punt the ball into the end zone."

Not how that works Reince!

To be fair, Priebus is from Wisconsin, squarely within the Big Ten West—aka Punt To Win country. But when you punt to win, you try to pin your opponent deep. Punting into the end zone is bad (which actually makes sense with this bill, according to just about the entire country, but that’s a different topic).

Also, even if punting into the end zone was good, how did Trump “help?” He isn’t in Congress, so he didn’t pass this bill. Was he the long snapper? The bad quarterback who made punting necessary? I don’t know.

Luckily for Priebus, he isn’t the only politician to profoundly mess up a sports metaphor. And since 2016 was an election year, there have been a lot of mistakes recently. Let’s take a look back at a few.

In an effort to appeal to Indiana voters, Cruz gave a political version of Gene Hackman’s speech in Hoosiers. Except he forgot what a basketball hoop is called, so he called it a “basketball ring.”

The woman behind him, who was smiling during his entire speech, quickly changed her demeanor.

Last year, House speaker Paul Ryan tried to connect with football fans from Texas in explaining why fellow Republicans should get behind Donald Trump in the general election. Except he doesn’t seem to understand how college rivalries work.

.@SpeakerRyan "When you advance to a national championship don't you root for a Longhorn if you're an Aggie? Start thinking that way."

Understandably, it did not go well.

Paul Ryan to #TX delegation: GOP unity is like Aggie & Longhorn fans rallying if one is in championship.
Texans shout back: NO! ?#RNCinCLE

Ryan tried the same thing with North Carolina and NC State basketball fans, and he got the same response.

“OK, how many of you are for N.C. State primarily? How many support North Carolina?” he asked. “One of our teams from our state goes to the championship, we root for them, right?”

When that suggestion was greeted with a resounding “no,” Ryan winced. “Come on, work with me here. Good grief,” he said.

Carly Fiorina is a graduate of Stanford, but she was campaigning for the Iowa caucuses during the Cardinal’s Rose Bowl appearance against the Hawkeyes. So she switched allegiances.

Love my alma mater, but rooting for a Hawkeyes win today. #RoseBowl

Fiorina got over 3,000 replies to that tweet, mostly telling her Iowa fans would respect her less for switching allegiances like that.

Stanford beat Iowa, 45-16, and #CarlyCurse trended in Iowa and Pasadena. Fiorina subsequently came in seventh in Iowa, garnering just 1.9 percent of the vote.