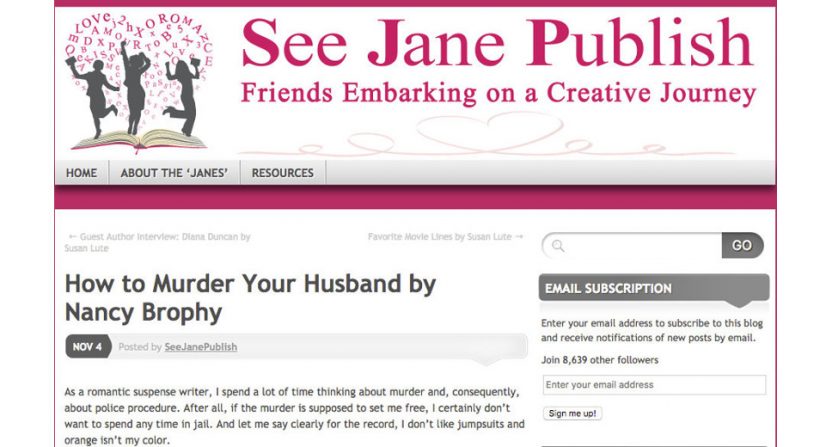 In 2011, romance writer Nancy Crampton-Brophy penned an essay titled “How To Murder Your Husband.” Last week, she was arrested for murder in the June 2 death of her husband of 27 years, Oregon chef Daniel Brophy. Shane Dixon Kavanaugh of The Oregonian has more details:

Authorities on Thursday charged Crampton Brophy, 68, with murdering her husband in what until this week had been a baffling early-morning shooting in June at the Oregon Culinary Institute with no suspects.

…Her husband, 63, was found wounded by gunfire in a kitchen of the school on Southwest Jefferson Street on the morning of June 2. He later died at the scene.

…Don McConnell, a neighbor of six years, said he and others who lived nearby thought Crampton Brophy had an unusual reaction to her husband’s death.

“She never showed any signs of being upset or sad,” said McConnell, whose backyard borders the couple’s home. “I would say she had an air of relief, like it was almost a godsend.”

That’s obviously a serious story, but it did lead to some funny Twitter takes:

To be fair, the book wasn't titled "How to Murder Your Husband and Get Away With It" https://t.co/AjsW0T0Nyd

Novelist who wrote 'How to Murder Your Husband' charged with murdering her husband. "If only I'd finished the follow-up, How to Get Away with Murdering Your Husband", she uttered as she was taken away in cuffs.

Book marketing is out of control https://t.co/rryMFao6oF

Here are some highlights from that 2011 essay on the blog See Jane Publish, which is unfortunately marked as private at the moment. But Kavanaugh relayed some of them in a separate piece, which had a great “Murder, she wrote” lede:

“As a romantic suspense writer, I spend a lot of time thinking about murder and, consequently, about police procedure,” Brophy wrote in a 2011 essay titled “How to Murder Your Husband.”

“After all, if the murder is supposed to set me free, I certainly don’t want to spend any time in jail.”

…The author provides several possibilities in her 700-word essay, which was published on the website See Jane Publish on Nov. 4, 2011.

Among them: infidelity, an abusive relationship, greed.

“Divorce is expensive, and do you really want to split your possessions?” she wrote under the section on financial motives.

…”I find it is easier to wish people dead than to actually kill them. I don’t want to worry about blood and brains splattered on my walls. And really, I’m not good at remembering lies.

“But the thing I know about murder is that every one of us have it in him/her when pushed far enough.”

Well, that’s certainly quite the story. And while Crampton-Brophy may be more well-known for full-on romance novels like the series of “Wrong Never Felt So Right” books (including number 4, “The Wrong Husband“), the “How To Murder Your Husband” essay may wind up being particularly notable, especially if she is found guilty eventually. It brings up memories of another great image. 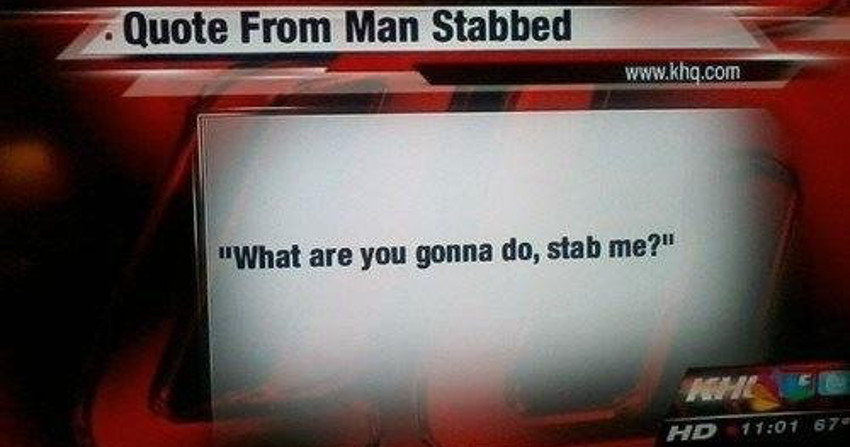