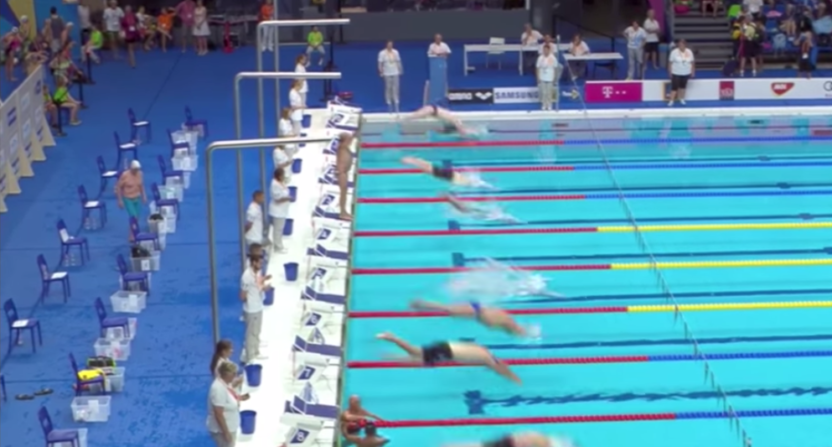 On Aug. 17, 15 people died in Barcelona during a tragic terrorist attack that impacted the sports world. Less than a week later, Spanish swimmer Fernando Alvarez honored those who lost their lives with a minute of silence at the beginning of a swim race.

As you can see in the video, the 71-year-old paid tribute with a minute of silence at the beginning of the race before diving into the pool during the 200-meter breaststroke race.

The Spaniard asked FINA (the International Swimming Federation) to hold a minute of silence before the race in Budapest over the weekend, but they declined. After FINA said no, Alvarez decided he would do it on his own.

“But I do not care, it was [more important] than if I won all the gold in the world,” Alvarez told El Español.

FINA’s excuse for not doing a moment of silence was that they “didn’t have an extra minute.” Despite FINA saying no, it’s touching for Alvarez to do it on his own. Sports needs more moments like this.