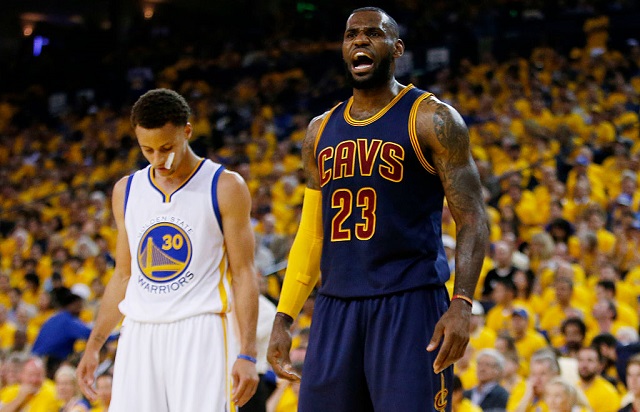 The 2016 World Series between the Chicago Cubs and Cleveland Indians, currently deadlocked at one game a piece, will be historically significant. Either the longest championship drought in major professional sports at 108 years will come to an end or Cleveland will win its second championship in a year after going over 50 years without one.

The apocalyptic nature of the Cubs-Indians World Series got us thinking… what are the other historically significant championships this millennium? Sure, every championship is significant. Every title victory is celebrated. Every banner hung in the rafters is remembered by that fanbase for generations. But the fact of the matter is there are some championship games or series that are forgettable in the grand scheme of things. (Apologies to the fans of the 2005 San Antonio Spurs, 2012 San Francisco Giants, or 2005 Pittsburgh Steelers.)

So what makes a championship historically significant? It’s a totally subjective matrix of ending a long drought or being the first title in franchise history or at the other end of the spectrum, cementing a franchise in all-time great dynasty status. It could also focus on a player or story that breaks through the statistics and history books.

Perhaps the place of the White Sox on this list is more out of astonishment that they’ve been so snubbed by pretty much every national media outlet which has forgotten their title in the mid-2000s in the wake of the Cubs’ World Series appearance. And maybe that can be understandable given that the series wasn’t that memorable (a 4-0 sweep of the Astros) and the team’s biggest star was Paul Konerko. But the South Siders ended a major drought of their own, winning their first World Series since 1917. It just so happens they’ve been overshadowed by the Cubs’ drought and another team later on our list.

The 2001 World Series is one of the biggest emotional roller coasters that we’ve ever seen in any series in any postseason in any sport, maybe ever. Coming in the wake of the 9/11 terrorist attacks, the Yankees won Games 4 and 5 in walk-off fashion.  Then when the series moved back to Arizona, the D-Backs came from behind in Game 7 in legendary fashion, scoring two runs in the ninth inning off Mariano Rivera. Randy Johnson and Curt Schilling shared MVP honors after historic pitching performances with Schilling starting Games 1, 4, and 7 and Johnson picking up the win in both Game 6 and Game 7. The Diamondbacks also prevented the Yankees from winning their fourth straight World Series, effectively ending their dynasty.

Speaking of dynasties, the Spurs of Tim Duncan and Gregg Popovich had the most under-appreciated lengthy run of success in American sports. The Spurs won five titles from 1999 to 2014, putting Duncan alongside the likes of Kobe Bryant and Magic Johnson for career championships. But it was the last title in 2014 where it seemed like the Spurs finally got the respect that they had long deserved when Duncan won his fifth championship. Not only did it put the Spurs in such rarefied air, they also did it against LeBron James and a Miami Heat team looking to win their third straight title. After losing a classic seven game series the year before, the Spurs emerged triumphant in five games in 2014.

The 2008 NBA Finals between the Celtics and Lakers was an awesome sight for modern-day NBA fans who had never seen the sport’s two most famous franchises go head-to-head in the championship round. While the Lakers had tasted success in the early 2000s, the Celtics hadn’t been to the promised land since the late 80s. The title was memorable because of the Celtics’ historic comeback in Game 4, overturning a 24-point deficit. It was also the first championship for the “Big 3” of Kevin Garnett, Paul Pierce, and Ray Allen. In many ways, the super-team the Celtics assembled for that championship run, with star players from different franchises coming together under one roof, set the tone for the modern-day NBA where the game’s best players team up to win a title.

One of the NHL’s most storied franchises finally got off the championship schneid in 2010 when the Blackhawks won their first title since 1961, ending the NHL’s longest title drought. Blackhawks fans had been through a lot of suffering over the decades, and their victory over the Flyers was huge for the NHL. Not only did one of the Original Six teams finally get back in the trophy column, it was the highest rated Stanley Cup Final since 2000 and Game 6 was the most-watched NHL game since 1972. The 2010 Stanley Cup launched the Blackhawks dynasty, as Chicago added on Stanley Cup victories in 2013 and 2015.

If there was any franchise that was never supposed to win a Super Bowl, it’s the New Orleans Saints. This is a team that won its first playoff game in 2000 after being in existence since 1967, after all. The team most famous for fans putting bags over their heads finally won their first Super Bowl, thanks to Drew Brees and Sean Payton. That the title came just a few years after Hurricane Katrina made it all the more heartwarming. No team has quite the relationship with their city and their fanbase as the post-Katrina Saints do and it was a victory that was celebrated across the land (unless you were a Colts fan, I suppose). While Brees was brilliant, it was Tracy Porter’s game-clinching pick-six off Peyton Manning in the fourth quarter that sent the Who Dat nation into hysteria.

In the NFL, four Super Bowls is the magic number for any dynasty. It’s the number of Super Bowls won by the Pittsburgh Steelers and the Steel Curtain and Joe Montana’s San Francisco 49ers. So when Tom Brady, Bill Belichick, and the New England Patriots won their fourth title in Super Bowl XLIX, it vaulted them into football immortality. They also happened to do so in one of the most memorable finishes to a championship game in history, with Malcolm Butler intercepting Russell Wilson at the goalline in the dying seconds and the Seahawks seemingly on their way to victory.

Ironically enough, the NFL’s team of the 2000s was on the losing end of a more historically significant championship, largely thanks to their own success. In Super Bowl XLII, the Patriots were looking to cap just the second perfect season in NFL history after the 1972 Miami Dolphins. All that stood in their way was the pesky New York Giants, who New England had defeated 38-35 to become the first team to finish a regular season 16-0. The underdog Giants pulled off the upset in the Super Bowl in a 17-14 win with David Tyree’s helmet catch becoming one of the most iconic plays in the game’s history.

Arguably the most famous championship drought in sports, The Curse of the Bambino, finally came to an end in 2004. That season, the Boston Red Sox won their first World Series since 1918. Really, all the drama was done in the American League Championship Series, where the Sox became the first team to come back from a 3-0 deficit to defeat their hated rival, the New York Yankees. The championship was almost a formality after that as Boston swept the St. Louis Cardinals, 4-0.

It’s hard to top the 2004 Red Sox on this list, but LeBron James and the 2016 Cleveland Cavaliers managed to do just that because of all the remarkable factors at play in the series. It’s like they combined the Red Sox’s comeback over the Yankees with the Saints’ championship drought with the Giants’ upset victory over the vaunted Patriots. James returned to his hometown team as a man on a mission – win the franchise’s first ever championship and finish what he started when he shockingly took his talents to South Beach and won two titles with the Miami Heat. In the 2016 Finals, the Cavs made history in many ways against the Golden State Warriors:

** The Cavs became the first NBA team to overcome a 3-1 deficit in the Finals.
** The Cavs beat the team with the best regular season record in NBA history.
** The Cavs won Cleveland’s first major pro sports championship since 1964.

The Game 7 performance from James, leading the way with a triple-double and making the greatest chasedown block ever in the closing minutes, is etched into stone in NBA history. Don’t forget about Kyrie Irving’s game-winning three-pointer that came after James’ block either. No matter what LeBron James and the Cavaliers will do from here, we’ll always remember the 2016 title for years and years to come.