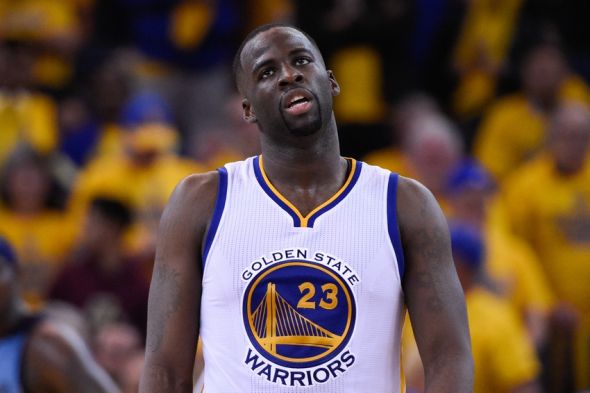 You’re a professional athlete and life is great. You’ve got cash. You meet gorgeous women. You have adulation. But even the best of times can become the worst of times with one wrong click. In the world of social media and instant information, poor decisions occasionally lead to embarrassment.

Oh no, your privates are no longer private. You sent a d*** pic and it’s suddenly all over the vast reaches of the Internet. What do you do? Who do you call?

Fear not. Here at The Comeback, we aren’t here to judge. We’ll lend you an empathetic ear (and that’s all we’re lending, buster). Follow our handy, dandy guide and you too will survive a d*** pic scandal.

First, you’re not alone. Many athletes have been caught with their pants down: Brett Favre, Greg Oden and most recently, Draymond Green. Green exposed himself when he accidentally sent a picture of his penis via Snapchat to the public. If Green was just your typical pro athlete, this story wouldn’t be such a big deal.

But when you’re playing for the U.S. Olympic basketball team, a star on the greatest regular-season NBA team of all time, and a notorious nut-kicker, people are going to notice. In his initial response, Green went the usual route: Denial. He claimed he was hacked. He later told the truth.

“I apologize for the situation,” Green told multiple media outlets. “It’s clearly not what I was trying to do.”

To survive a d*** pic scandal, we must first answer a larger question. (No pun intended. Ah, screw it. Pun absolutely intended.) Why do men send these photos in the first place? Does this really entice women? Do women actually request this? Is the camera work and lighting so impressive that women immediate want to consummate the relationship? This seems like typically misplaced male thinking.

Dr. David J. Ley, a clinical psychologist, wrote for Psychology Today: “This definitely appears to be more of a male thing. At least, in terms of sending the pictures unrequested. Both males and females are commonly sending nudes of themselves to people they meet online, but women tend to wait until asked.”

Ley theorized that this is because of “men’s misperception of female sexual interest. Men love the idea of receiving such pictures from strangers, and they assume women do too.” 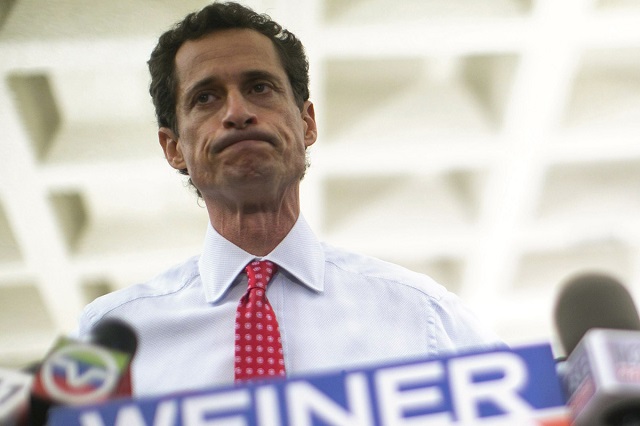 That makes sense. Men are predictable, simple creatures. A guy could be unemployed, on the verge of homelessness and diagnosed with a terminal disease. But if a picture of womanhood pops up on his phone, he automatically thinks: ‘Man, it’s my lucky day!'”

The story points out there is an online petition urging Facebook to ban users from sending unsolicited d*** pics.

“It is a growing problem, but there isn’t much data about the prevalence of this phenomenon,” Dr Nicola Henry, a senior lecturer in crime, justice and legal studies at La Trobe University told reporter Hayley Gleeson.

Of course, most of these men aren’t celebrities where the risk of being found out is greater.

The default setting for most athletes is to claim they were hacked. That someone with nefarious intentions (an ex-paramour, North Korea, Russia?) has gained access to their social media accounts. The knee-jerk reaction by the public is to not believe it. Sure, stuff gets leaked. The odds are still fairly small, but when it does happen, watch out.

Consider the case of Favre. When he played for the New York Jets in 2008, he apparently tried to seduce then-Jets employee Jenn Sterger. Sterger accused Favre of sending her racy text messages, including pictures of his Little Favre. Those photos were leaked to Deadspin. The Hall of Fame quarterback was lucky. He was only fined $50,000 for not cooperating with the NFL’s investigation. But the incident did lead to an excellent parody song.

Favre is lucky that he isn’t a politician. Former New York congressman and mayoral candidate Anthony Weiner (along with his online alias of “Carlos Danger”), who also initially claimed he he was hacked, will never recover.

Those two got caught. But what if it’s truly an accident? Why not own it? The downside seems minimal if you’re single. Plus, the ridicule seems a lot worse.

Take the case of Green. No one believed him and he quickly became the subject of mockery from teammates as well as on social media. For Green, this will go on the growing laundry list of questionable behavior in 2016 (kicking opponents in the junk, getting into a physical altercation with a football player).

The first lesson in crisis management is to get ahead of the story. Green should have confessed from the start. That could have bought him some good will.

“I kinda hit the wrong button and it sucks. It was meant to be private,” Green told reporters before practice. “We’re all one click away from placing something in the wrong place and I suffered from that this morning.”

In summary, the truth is often the athlete’s best defense. If the d*** pic was mistakenly sent out, why not own it? Self-deprecating humor works wonders. Why not book a television appearance on Last Week Tonight with John Oliver? (Oliver did a brilliant job of explaining why the U.S. government might have a picture of your penis).

But what should an athlete do if he sent an unrequested picture to a woman and that picture is then leaked? He could go the Favre route and be silent. Or he could admit it and apologize. Maybe consider doing a public service ad:

“Recently, I sent an unwanted picture of my penis to a woman who wasn’t my (girlfriend/ fiancé/ wife/ side piece). That was wrong and possibly cyber harassment. That picture was then leaked and it has caused me considerable embarrassment. Don’t let what happened to me happen to you.

“Remember this slogan: ‘Think before you click to send that d*** pic.’”