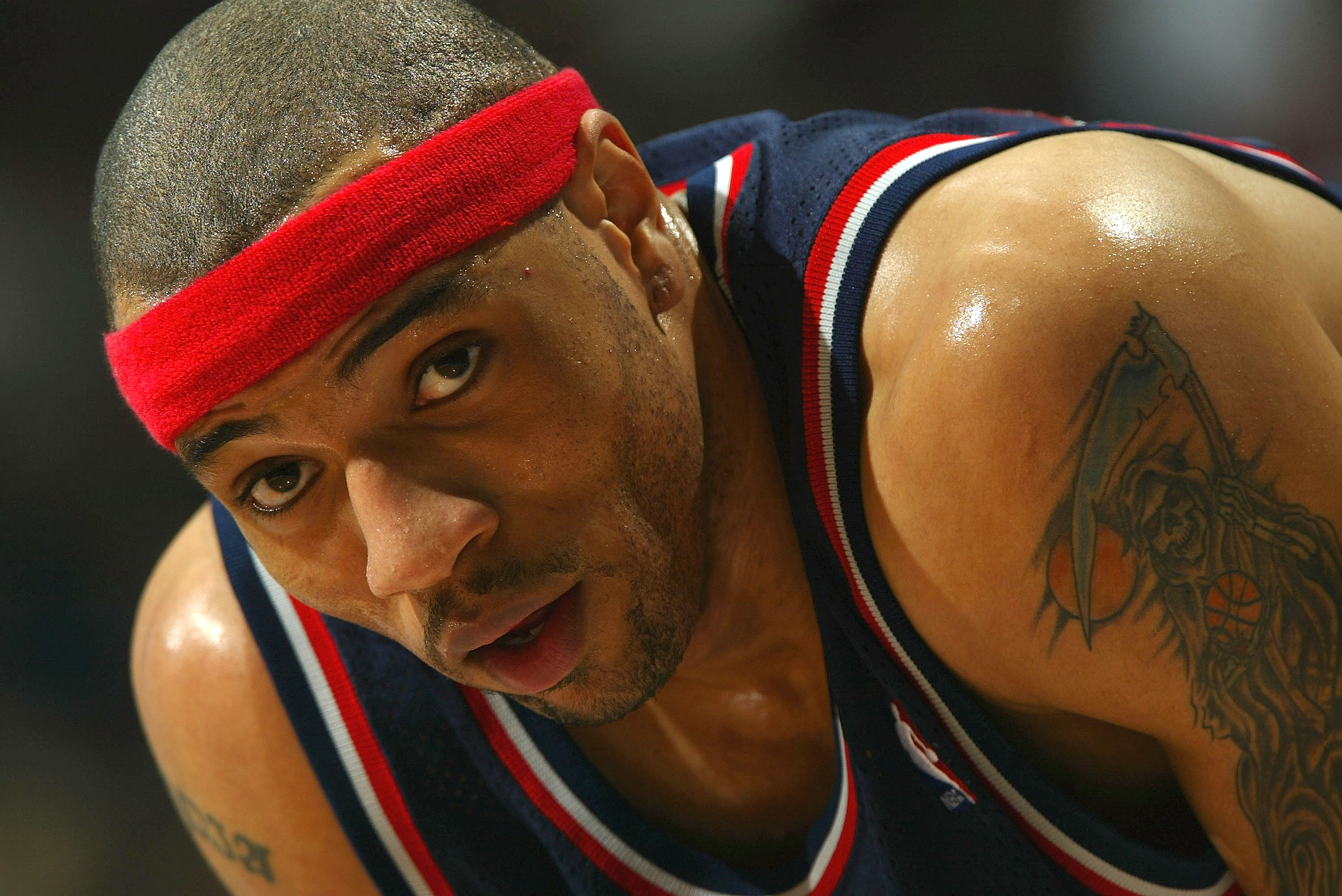 You know what sports needs more of? Takedowns.

Sometimes we get players jawing at each other or exchanging slightly mean tweets, and every once in a while Matt Barnes will drive a few hours to pummel Derek Fisher or something, but rarely do we get to witness one guy just going after another with all he’s got.

What Kenyon Martin did to George Karl on Thursday, which we’ll fully explain in a minute, was vicious. So vicious, in fact, that we hereby honor K-Mart with the best diss track of all-time.

The Eagles keep the Giants from clinching a playoff berth

The Eagles beat the Giants 24-19 victory on Thursday to improve to 6-9 and drop New York to 10-5. The Giants could have clinched an NFC Wild Card berth with a win but will have to keep the champagne on ice for now.

Thing is, looking at the statistics, you’d swear the Giants blew out the Eagles. New York gained 470 yards, compared to 286 for Philadelphia, and picked up 24 first downs to 15 for Philly. The Giants also ran way more plays, dominated time of possession and converted on a high percentage of third downs.

So what went wrong for Ben McAdoo and company? Elisha Nelson Manning, that’s what.

Manning completed 60 percent of his passes and threw for 353 yards… which isn’t that impressive given that he threw 63 times… and is even less impressive when you learn he tossed three interceptions, including one run back for a touchdown by Philadelphia cornerback Malcolm Jenkins, who had two picks on the game.

Tonight was the 22nd game of Eli Manning's career with 3 or more INTs.

He has 7 more such games than any other QB since 2004. pic.twitter.com/4D6ATjbpHl

Two features have defined Thursday Night Football this year: garish uniforms and sloppy football, but But Thursday’s matchup between the Eagles and Giants didn’t really offer either. Instead, the game gave us a good-old Eli Manning interception-fest.

Here’s where we explain how Kenyon Martin became a hero Thursday.

It started in the morning, when the New York Post reported that former coach George Karl’s upcoming new book, “Furious George,” includes biting criticisms of players such as Carmelo Anthony, J.R. Smith and Martin. The Post printed a few of these criticisms, and while all of them felt unnecessary and over-the-top, there was one passage in particular that was profoundly uncalled for.

“Kenyon and Carmelo carried two big burdens: all that money and no father to show them how to act like a man,” Karl wrote.

This kind of amateur psychologist bullshit is unproductive, uninformed and plain offensive.

And Martin flat-out wasn’t having it. Hours after the excerpts from Karl’s book became public, the former All-Star forward absolutely ripped into his ex-coach on Twitter. Here’s the entire string of beautiful tweets.

The Nerve of an AWFUL AND COWARD ASS COACH. More to come

I didn't have a father going up. We all know that. What's George Karl excuse for being a terrible person

Having a lot of wins doesn't make you a good coach. He was blessed with great talent

Since we were so bad as players. Tell him to forfeit those Denver wins

George Karl is selfish,unhappy,missable,,cowardly person. No wonder he's be fired every place he has coached

The book he is writing is full of lies and deceit. By far the worst coach that ever played for

Talking bout Melo didn't like defense. Hell he never coached defense. How does that work

George Karl is the reason KiKi Vandeweghe lost his GM job in Denver. Told the staff they can't serve 2 Kings. He no King. #CowardKarl

Karl deserved every single word of that. Props to K-Mart for refusing to let some pompous former coach talk bad about him.

Edwin Encarnacion joins the Indians, who are now loaded 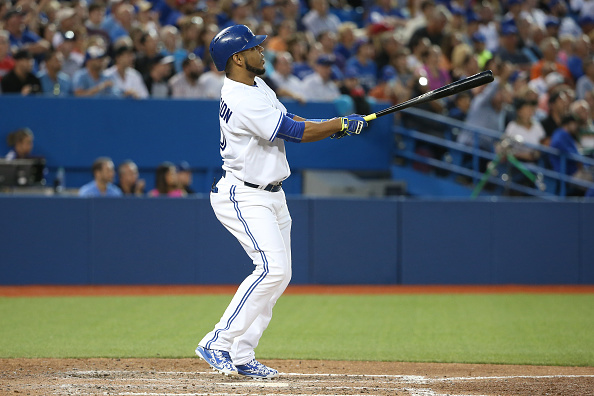 The last big Major-League free agent came off the board Thursday, as Edwin Encarnacion reached a three-year $60 million deal with the Cleveland Indians, with a $20 million option for a fourth year and a $5 million buy-out.

Encarnacion wound up with less money and fewer years than he was reportedly seeking at the beginning of the offseason, but that’s not a total surprise in a market saturated with over-30 power-hitters. It seems that Encarnacion would have gone home with a fatter contract if he had just accepted the Blue Jays’ $80 million offer a month ago.

But instead, the big first baseman is headed to a Cleveland team that appears totally stacked. The Indians reached the absolute brink of a World Series title last season and are now upgrading Mike Napoli (2.1 WAR over the past two seasons, per Baseball-Reference) to Encarnacion (8.4 WAR in the same span). With Michael Brantley returning to the lineup and the starting rotation hopefully healthy once again, plus a dominant bullpen, Cleveland doesn’t have many holes.

Not only must Indians fans be thrilled about their new 30-homer-a-year slugger, they’ve got to be happy that the team’s ownership, notoriously frugal, was willing to spend for a big-time free agent who fit the roster perfectly. It would have been a shame if penny-pinching had stood in the way of roster-building for a team that was 22nd in baseball in payroll last season.

Now, the Indians join the Red Sox as co-favorites in the American League. Both teams look on paper to be even better than they were a year ago, when they won 94 and 93 games, respectively. Is it April yet?

– Carmelo Anthony combatted Karl’s barbs with humor, joking that his book would be called “Stay Melo,” and “not furious.”

– J.R. Smith kind of split the difference between Martin’s anger and Anthony’s calmness with a pointed tweet.

– Coach K’s attempts to defend serial-tripper Grayson Allen are getting kind of weird.

– A spring football league is popping up for free agents seeking a shot at making the NFL. Initial reports that the NFL was funding this new league were erroneous.

– The NFL is implementing an informal “Rooney Rule” for coordinators. Minorities can’t get hired as head coaches if they don’t get coordinator jobs first.

– Terrelle Pryor might be the most hated man in the NFL. Even his former teammates are now taking shots at him.

– Thursday was a bit of a slow night in the NBA, with five mostly uninteresting games, but Steph Curry did manage to catch his falling mouth-guard and record an assist on a single play.

One save and one assist for Steph 😬

– Sigh, another incidence of alleged sexual assault involving a college football player, this one at Michigan.

– Elsewhere in that state, Michigan State reportedly failed to act on sexual abuse by the school’s former athletic doctor.

– Remember when Barry Switzer claimed to have met with Donald Trump? He was just messing with us.

– Here’s a vitally important question: How much would Kevin McCallister’s traps from “Home Alone” actually hurt?

Xmas tradition that my kids love. Mac Daddy Santa is back! -TW pic.twitter.com/pCWZNNKPRG

This is what Kenyon Martin did to George Karl, only without the office camaraderie and good-natured laughter.