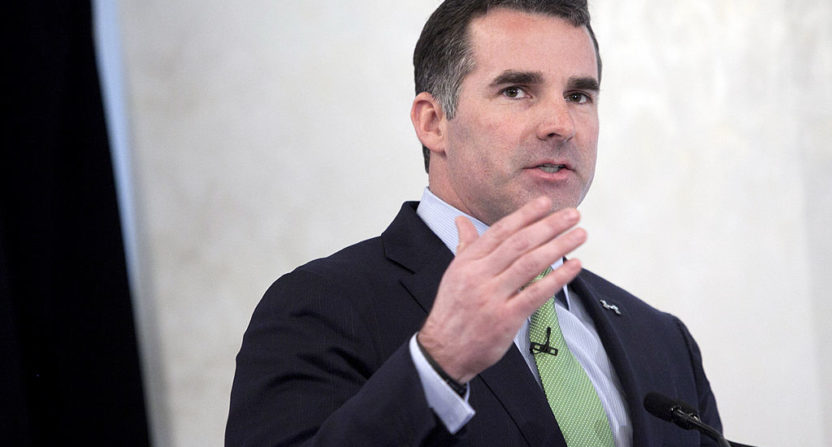 In the wake of the events in Charlottesville this weekend, Merck, a pharmaceutical company, and their CEO Kenneth Frazier announced Monday morning Frazier would no longer serve on President Trump’s American Manufacturing Council.

I love our country & company. I am stepping down from the council to focus on inspiring & uniting through power of sport. – CEO Kevin Plank pic.twitter.com/8YvndJMjj1

Plank not only echoed Frazier by announcing his intent to leave through a company mandated press release, but also by hinting that the President’s lack of a response to Charlottesville was a major reason why. Here was Frazier’s announcement released in a Merck press release Monday morning:

Along with Plank, Frazier and Musk, Disney CEO Bob Iger left a while ago after Trump withdrew the United States from the Paris Climate Agreement.

Shortly after Frazier left this morning, the President tweeted angrily at Frazier and Merck, criticizing them for the move and their alleged business practices.

Now that Ken Frazier of Merck Pharma has resigned from President's Manufacturing Council,he will have more time to LOWER RIPOFF DRUG PRICES!

.@Merck Pharma is a leader in higher & higher drug prices while at the same time taking jobs out of the U.S. Bring jobs back & LOWER PRICES!

One has to wonder now if Trump will do something similar towards Plank and if it would then have an impact on UA’s business. Back in April it was reported that due to various retail companies going bankrupt, Under Armour had lost money.

Regardless of whether Plank will cause a Trump Twitter tantrum, various other Twitter users supported UA and Plank for the move:

Thank you. The person impersonating a President isn't worth it. #BossMove

Should've done it after the travel ban but I guess better late than never.

You made the right decision.

You must protect this house

Under Armour for everyone on my Christmas list-thank you for being a force for good ??????

[Update as of 11:15 PM EST]: Five CEOs have now left the group after Intel’s CEO announced he would be leaving the group as well.

“I resigned to call attention to the serious harm our divided political climate is causing to critical issues, including the serious need to address the decline of American manufacturing,” Intel’s Krzanich said in an Intel blog post.