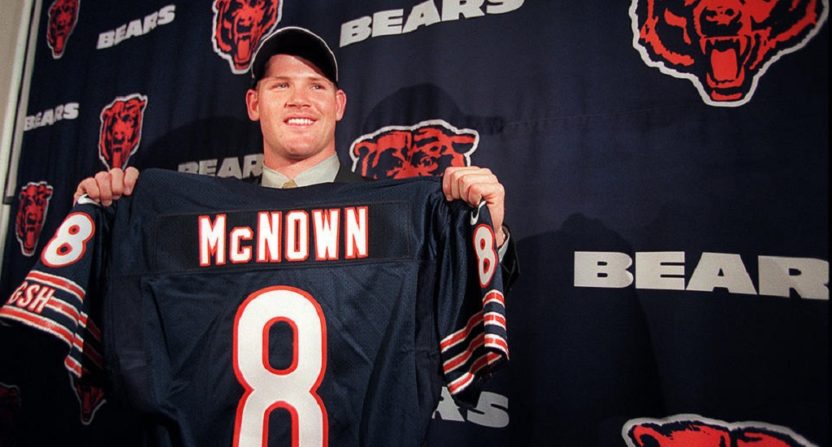 I’ve had my fair share of sports jerseys over the years that turned out to be good purchases (or gifts). A Michael Jordan Bulls black pinstripe jersey I got in the 90s still holds up as possibly my favorite jersey on the planet (also since I was an idiot and got it as a size 48 in like eighth grade, it still fits!). I got an Allen Iverson Georgetown jersey while he was still playing there, and he of course went on to have a highly entertaining, Hall of Fame career.

But I’ve also owned many jerseys that did not turn out to be good acquisitions, and here are just a few examples:

This has to be the worst. Thankfully just a replica, but that didn’t make it any less embarrassing. I was too young and dumb to see all of McNown’s flaws (A 6’0″, gunslinging, 3/4-delivery inaccurate quarterback who threw more wounded ducks than spirals. Oh, and he illegally possessed a handicapped parking pass at UCLA).

And clearly the Bears were even dumber for choosing to use the No. 12 overall pick on him. McNown went on to play just two seasons with the Bears… and that was it for his NFL career. The left-hander never played an NFL game past the age of 23, and finished his career with 16 touchdowns, 19 interceptions, and a 67.7 passer rating in 25 games. 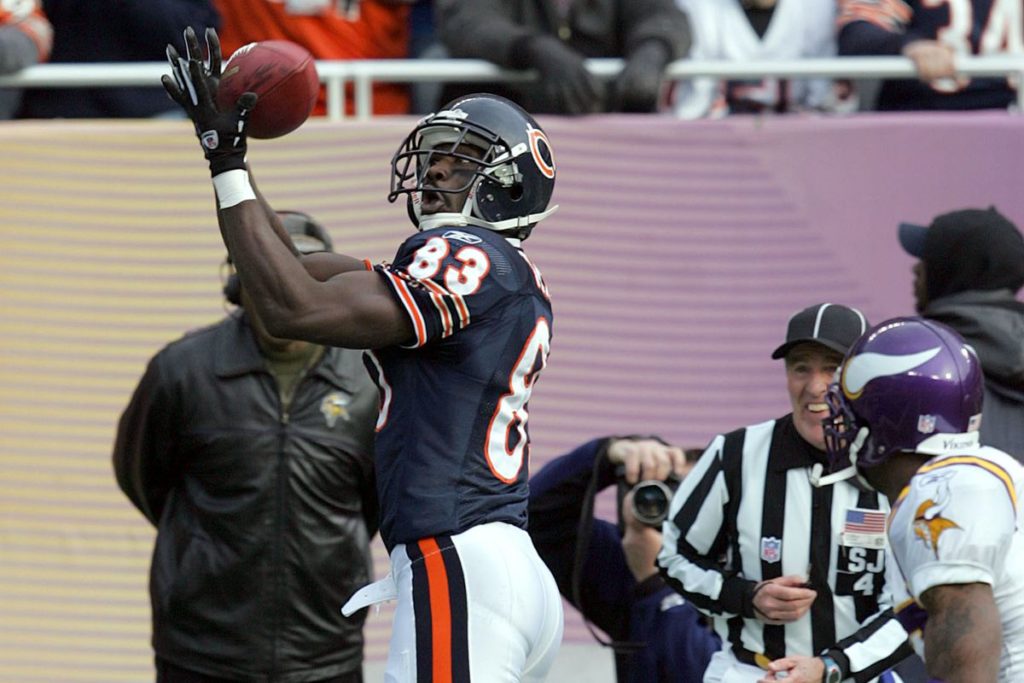 Most likely a killer drop here.

I clearly didn’t learn from the McNown jersey! But in David Terrell’s case, pretty much everyone thought he was going to be really good, and it wasn’t at all viewed as a reach when the Bears selected him as the No. 8 overall pick in the 2001 draft. He was a stud at Michigan, making big play after big play with his 6-foot-3, 215-pound frame.

But Terrell was a huge bust in the NFL, with 128 receptions, 1,602 yards, nine touchdowns, and a crap ton of drops over five seasons. 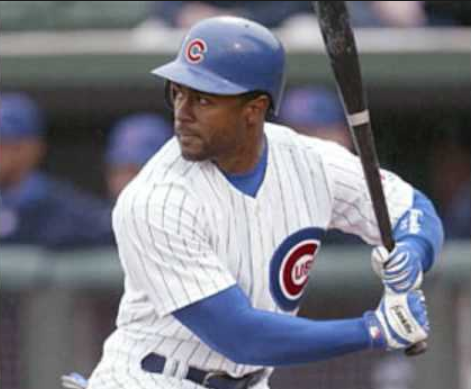 Hey, I like Corey Patterson, and he went on to have a fine MLB career. He was arguably the best player on the 2003 Cubs before he blew out his that ACL that July (the day before he was on the All-Star Game Final Vote). And FanGraphs thinks he was a 5.0 WAR player in 2004, before putting together a 3.8 WAR season with the Baltimore Orioles in 2006. So that’s something!

It’s more of just that Patterson was a super-hyped prospect that was extremely inconsistent as a Cub… and that I spent $200 to get an authentic jersey of his.

The common theme of these jerseys is me getting far too excited about a young athlete that hasn’t done anything at the pro level, and we know that prospects fail more than they succeed. From my own personal experience, I would recommend that if you’re looking to get a jersey as a holiday gift for someone, go with a proven player over a rookie. A LeBron James, Steph Curry, Mike Trout, or Antonio Brown jersey will still be cool in 20 years. And if you’re feeling iffy on the jersey choice, or feeling iffy on committing that much money to one, just go with a “shirsey” so at least you don’t spend over $40 on it.

But if you clicked on this link, I’m guessing you’ve owned an embarrassing jersey or two as well!  So what’s the worst sports jersey you’ve ever had?

1 thought on “What’s the worst sports jersey you’ve ever owned?”