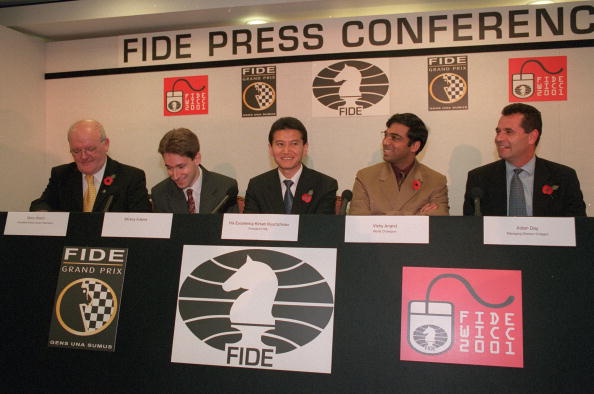 One of the most popular sports debates that takes place these days is “Who exactly is the worst leader in sports today?”  For most sports fans, at least in the United States, the debate usually lands on one of two names.  First, FIFA President Sepp Blatter, who is being circled by authorities as the entire organization crumbles around him after years of corruption claims.  Second, NFL Commissioner Roger Goodell, whose hapless leadership and response to the league’s domestic violence crisis and inconsistent discipline (see: Gate, Bounty and Gate, Deflate) has led to many calls for his removal or resignation.  And of course, then there’s the entire International Olympic Committee.

Today, I submit to you a new candidate that blows each of these leaders and organizations out of the water when it comes to crazy, corrupt figureheads in the sports world.  In fact, today I submit to you one of the most bizarre sports stories you’ll likely ever see.  The reason you’ve likely never heard about it until today is because it comes from the world of…chess.

Kirsan Ilyumzhinov has been the President of FIDE (Fédération Internationale des Échecs) also known as the World Chess Federation since 1995.  At least, he was until yesterday.  The organization announced that Ilyumzhinov would be stepping down (albeit temporarily) because of a personal scandal.  But we’re not just talking about your normal bribes or kickbacks here that’s associated with other sports scandals.  Nor a crisis of confidence in his leadership.  No, Ilyumzhinov had to step down because he was sanctioned by the US Treasury Department for providing support for Bashar al-Assad’s Syrian government.  Yes, that Bashar al-Assad and that Syria.

The Treasury Department released a statement in November  entitled, “Treasury Sanctions Networks Providing Support to the Government of Syria, Including For Facilitating Syrian Government Oil Purchases from ISIL.”  On that list was Ilyumzhinov, who was sanctioned for “materially assisting and acting for or on behalf of the Government of Syria.”

In response to continuing violence by the Assad regime against its citizens, the U.S. Department of the Treasury’s Office of Foreign Assets Control (OFAC) today designated four individuals and six entities providing support to the Government of Syria pursuant to Executive Order (E.O.) 13582, including a middleman for oil purchases by the Syrian regime from the Islamic State of Iraq and the Levant (ISIL).  As a result of today’s action, all assets of those designated that are in the United States or that are in the control of U.S. persons are frozen, and U.S. persons are generally prohibited from engaging in transactions with them.

Kirsan Ilyumzhinov was designated today for materially assisting and acting for or on behalf of the Government of Syria, Central Bank of Syria, Adib Mayaleh, and Batoul Rida.  Ilyumzhinov is a wealthy Russian businessman, former president of the Russian Republic of Kalmykia, and long-time World Chess Federation president.  He is linked to financial transactions involving Khuri-associated companies as early as 1997 and owns or controls the Russian Financial Alliance Bank, along with Khuri.  An advisor to Ilyumzhinov, then-President of Kalmykia, was convicted in Russia in 1999 for the murder of an opposition journalist who reportedly was investigating an offshore business registration mechanism in Kalmykia tied to Ilyumzhinov.  Russian authorities subsequently closed the offshore business registration mechanism after concluding that it was being used for illegal purposes.

This edict from the United States government impacts the World Chess Federation because plans are being put into place for the next World Championship match to be held in the United States.

Following the announcement by the US Department of the Treasury that the US levied sanctions against Kirsan Ilyumzhinov, Russian citizen and FIDE President, Mr. Ilyumzhinov has informed the Presidential Board that he will withdraw from any legal, financial and business operations of FIDE until such time as Mr. Ilyumzhinov is removed from the Office of Foreign Assets Control sanction list.

Mr. Ilyumzhinov advised that he has initiated legal procedures in the US aiming to request additional information and reverse restrictive measures put by the US Department of the Treasury. During the next Presidential Board meeting, Mr. Ilyumzhinov will update the Board as to the progress of the legal procedures.

Mr. Ilyumzhinov’s decision to withdraw from any legal, financial and business operations of FIDE is to enable him to concentrate on clearing the situation with the US Department of the Treasury.

– He was President of the Russian Republic of Kalmykia from 1993-2010, centralizing power and building a “Chess City” to attract players from all around the globe.  During his tenure, one of his advisors was convicted in the murder of an opposition journalist.

– He has played chess with Muammar Gaddafi and had a friendship with Saddam Hussein.

– He claims to have been abducted by aliens.  He also claims that chess is a cosmic game sent to earth from outer space.

Your move, Goodell and Blatter.