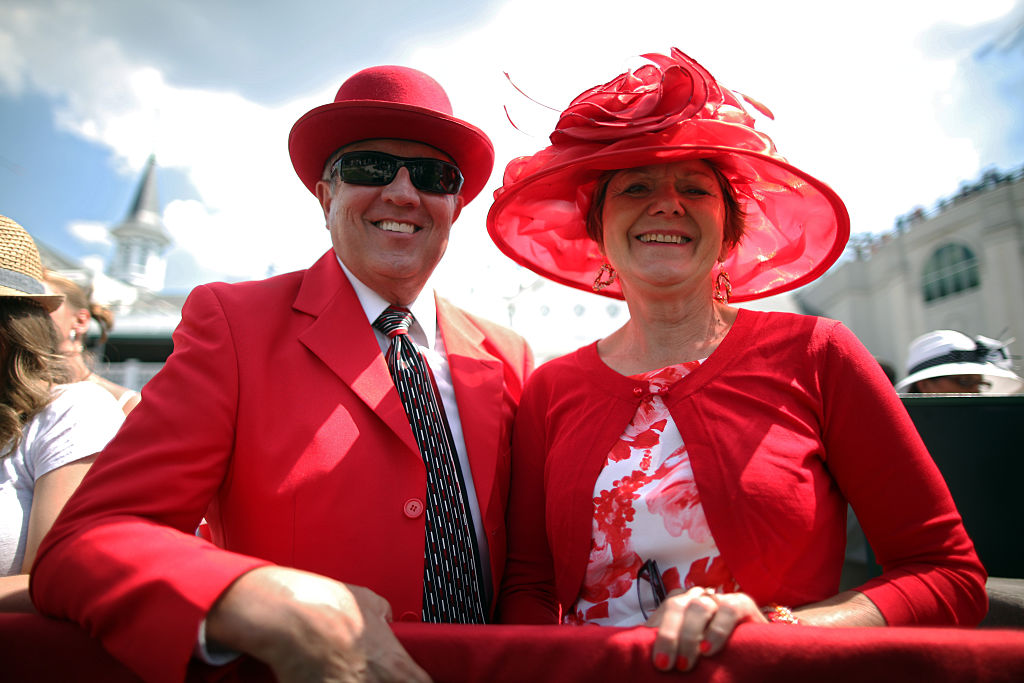 So, you’ve decided to attend the Kentucky Derby. Congratulations! Welcome to the greatest two minutes in sports and two days of drunkenness and debauchery.

Louisville morphs into the poor man’s Las Vegas this weekend. Celebrities, booze, gambling. But what happens in Louisville normally doesn’t stay in Louisville. O.J. Simpson gets kicked out of a restaurant. You hear about it. Rob Gronkowski twerks. You’ll see it. It’s almost impossible to go incognito.

In 1970, Louisville native Hunter S. Thompson wrote of this classic American event: “The rest of the day blurs into madness. The rest of that night too.” Little has changed since, but no need for fear and loathing in Louisville. We’ve got you covered. Follow these helpful hints to survive the world’s most famous horse race.

‘Twas the Night Before Derby

Assuming you don’t have the cash or cachet to crash this event, a house party might be a more attainable option. Louisvillians are well-schooled in hospitality and are very welcoming people — especially this time of year. It’s almost like college all over again. Show up unannounced at a stranger’s kegger, grab a red Solo cup and enjoy the libations.

That’s not hyperbole. One well-known annual party takes place at a house that resembles something straight out of Boogie Nights. Half the people at the soiree have never met the homeowners. The couple is open-minded, so don’t be surprised if nude revelers jump into the hot tub. You have been warned.

If you want to get your drink on elsewhere, don’t worry. Louisville can accommodate your alcohol needs. During Derby weekend, bars can stay open as late as 6 a.m. (Closing time is normally 4 a.m.) For an authentic Louisville experience, visit the drinking establishments along Baxter Avenue/ Bardstown Road. Holy Grale, El Camino, and the Outlook Inn are highly recommended and those places don’t charge a cover.

Enjoy mingling with some friendly Louisvillians, many of whom take their liquor seriously. It’s not uncommon for someone to go the restroom to puke and then immediately return to the bar to order more bourbon.

Maker’s Mark on the rocks, please.

It’s time to shake off the hangover, get dressed and get to Churchill Downs. What should you wear? Many people dress up. A seersucker suit with pork pie hat will do the trick for the gentlemen. Ladies, hats are a big deal. Summer dresses along with heels are popular, but many women stash flip-flops in their purse, too.

Sassy or funny? "@mashable: 21 of the sassiest hats at the #KentuckyDerby. http://t.co/K3UCWryi33 pic.twitter.com/lWnbg7cNBw"

What time should you arrive at the track? The first race is at 10:30 a.m. ET, but that doesn’t mean you have to be there that early. The Derby is a long day and the actual Kentucky Derby race doesn’t start until 6:34 p.m. You don’t want to lose your energy — or pass out from exhaustion and sleep through the race. (That happens.)

The best time to arrive at Churchill Downs is the early afternoon between 1 and 2 p.m. Most of the crowd is already inside, so you’ll avoid a lot of traffic. Trust us, six hours at the track is plenty. You’re not going to miss anything important.

As you walk on Central Avenue, you probably will encounter the street preachers. Many have megaphones or other public address devices. Some will be confrontational, if not downright rude. On behalf of Louisville, we apologize in advance. They do not represent the majority of folks. Don’t feel guilty and do not let these killjoys bring you down. It’s Derby!

There is a definite caste system at the track. The crowd is basically split into three groups: the people who go to the infield (general admission ticket is the cheapest available, $60 per person), the people in the stands (at least $300 on StubHub.com), and Millionaires Row ($2,000-plus on StubHub.com). The price of admission has escalated rapidly over the past few years and many locals have been priced out from attending.

The infield isn’t recommended if you’re above the age of 30. However, if that’s your lone/best option, you may want to rethink your clothing options. The infield is a muddy mass of humanity that occasionally turns into Caligula. If you’re not comfortable with something potentially getting stained, torn or smelly, don’t wear it.

The infield’s infamous third turn is where all hell breaks lose. It’s spring break without the beach. You’ll encounter nude people and some outlandish behavior. One enterprising group of men assembled a booth with the sign “Guess your bra size.”

The brazen plan worked. A line of at least 10 women formed.

The third turn also has Porta-Potty races. People climb on top of a row of these portable toilets and run while onlookers pelt them with cans, bottles, cups and God knows what else. The rules seem vague, it’s unclear if an actual winner is crowned, and you might get arrested.

But perhaps you’re one of the fortunate ones who have obtained seats to the Derby. You’re in the grandstand, safe from the mud and the riff-raff. You’re comfortable, clean and ready for your first drink.

To mint julep or not mint julep, that is the question. One should at least try this signature beverage. However, if you don’t love it, you’re not going to offend anyone. Besides, you need to stay (reasonably) sober to place your official Derby wager.

The betting lines will be long, but usually move at an acceptable pace. Churchill Downs employs plenty of people who are ready to take your money. And don’t worry if you know nothing about horses. (Is it Nyquist or NyQuil? Hey, how come American Pharoah isn’t back to defend his title?)

Pick a horse. Any horse will do. For many, the Derby is more about the event than it is about the equines. The horses could have barcodes instead of names, and a good time would still be had by all.

BOZICH | Why your horse will — or will not — win the 2016 Kentucky Derby: https://t.co/akkCuVpVDw pic.twitter.com/A8AZPQ6jXx

The race is captivating. The sound of the crowd when horses sprint from the starting gate is unique. Watching it on television does not do it justice. For those two minutes, you’ll be sucked into the energy of the moment. But when the race is over, it’s over. It feels like the post-Christmas blues, and everyone wants to leave.

It takes a long time for 170,000 people to disperse — even longer if they’re inebriated, broke and parked a mile away. But rejoice. You did it! You survived the Derby.

You now know how to pronounce Louisville (Loo-a-vul, not Loo-E-ville nor LOUIS-ville). You learned what a furlong is. And you have a greater appreciation for what Hunter S. Thompson wrote decades ago:

“Every half-mad dingbat who ever had any pretensions to anything at all within five hundred miles of Louisville will show up there to get strutting drunk and slap a lot of backs and generally make himself obvious.”