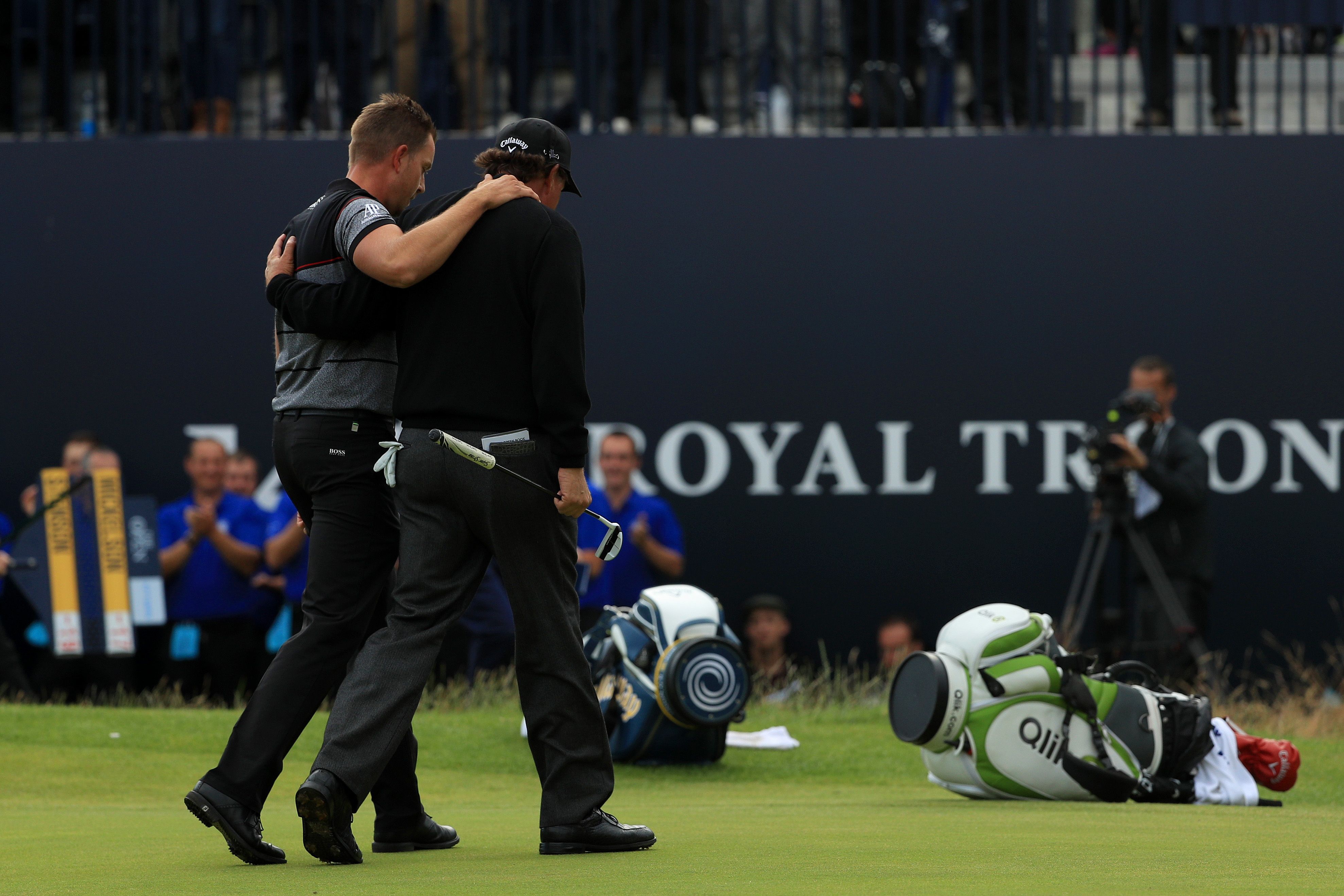 There’s just something different about a duel. Jam-packed, chaotic Sunday leaderboards are a lot of fun, of course. We’ve been treated to quite a few of those recently. Even last year’s British Open was won after a three-way playoff that featured a crowded finish.

Solo domination can also be enjoyable to watch. Tiger proved that, and few were complaining about Dustin Johnson winning by three strokes at June’s U.S. Open. But there’s something arresting about two players going back and forth at a high level. Even at the height of the Tiger era, some of the best-remembered moments are those when a challenger emerged to battle it out on Sunday. A young Sergio at the 1999 PGA. The unheralded Bob May in 2000. The legendary battle with Rocco Mediate at the 2008 U.S. Open. And then, the one that he lost, at the 2009 PGA, when Y.E. Yang and his barrage of hybrids took down Tiger.

There are other legendary examples, of course. Jack and Arnie at the 1962 U.S. Open at Oakmont, when Nicklaus defeated Palmer in an 18-hole playoff to capture his first of 18 majors, just down the road from Arnie’s hometown. Nick Faldo slowplaying Greg Norman to death at the 1996 Masters. And perhaps most apt, the 1977 Duel in the Sun at Turnberry, when Tom Watson got the better of Nicklaus after a legendary battle.

That was certainly the comparison the NBC broadcast team hustled to make on Sunday, as Henrik Stenson and Phil Mickelson began their round. Stenson led by a stroke, and after just one hole that score was reversed, the first of many back-and-forth moments on the round. The early comparisons may have been forced. Whenever you’re striking a comparison to a moment that resulted in a commemorative plaque being placed in a fairway, things really have to be historically significant.

And though the broadcast team couldn’t have known it at the time, maybe they were. Sunday’s fantastic final round likely won’t be spoken of 40 years from now with the same reverence as the Duel in the Sun is today, if only because of the participants. Phil Mickelson is certainly in the same pantheon as Nicklaus and Watson, the three are all-time greats. Stenson, though a fantastic player, just won his first major at 40. He might very well win a few more. As yesterday’s round showed, he certainly has the ability.

But even if in the future it ends up a bit shy of Watson’s defeat of Nicklaus in the historical sense, it’s wonderful for golf’s present.

Sunday’s final round was spectacular golf. Had the two men been playing best-ball, they’d have combined for a 59, on a major championship Sunday. In the end, Mickelson would have had to shoot a major-championship record 62 to defeat Stenson, and there were times that it appeared he’d be up to the task. 2016 had already seen two drama-fueled final rounds at majors. But the drama at the Masters stemmed from Jordan Spieth melting down on the twelfth hole. And at the U.S. Open, the storyline was the USGA’s mishandling of a potential Dustin Johnson rules violation that cast a shadow over the proceedings down the stretch.

This weekend was something else entirely: Drama created by two players finding historically great golf within themselves at the exact same time. Phil opened the week with a 63. (And my goodness, had Sunday’s round ended with a one-shot deficit for Mickelson, or a playoff loss, that final cruel lipout on Thursday would have been devastating.)

Phil Mickelson came SO close to a low major score of 62 #TheOpen pic.twitter.com/n91YpkelLG

On Sunday, Mickelson and Stenson combined for an eagle, fourteen birdies, and just two bogeys. Taken alone, Mickelson’s 6-under 65, on a day when the next best score carded was a lone 67, would seem to be the best round anyone could hope to carve out of Royal Troon. Yet Stenson somehow found a score two shots better. It was almost like match play, with one of golf history’s biggest names coming up just short against a player posting a final round 63, which had only been done once prior.

Just how good was it? Well, according to Nicklaus himself, it was superior to the show he and Watson put on back in ’77:

I was fortunate to watch every second of today’s final round of the Open Championship, and I thought it was fantastic. Phil Mickelson played one of the best rounds I have ever seen played in the Open and Henrik Stenson just played better—he played one of the greatest rounds I have ever seen. Phil certainly has nothing to be ashamed of because he played wonderfully. Henrik played well from beginning to end. He drove the ball well; his iron game was great; his short game was wonderful; and his putting was great. Henrik was simply terrific. To win your first major championship is something special in and of itself, but to do it in the fashion Henrik did it in, makes for something very special and incredibly memorable. I’m proud of and happy for Henrik. Some in the media have already tried to compare today’s final round to 1977 at Turnberry, with Tom Watson and me in what they called the “duel in the sun.” I thought we played great and had a wonderful match. On that day, Tom got me, 65-66. Our final round was really good, but theirs was even better. What a great match today.

That’s the kind of day golf needed. The conditions for such a moment are rare, so it’s unfair to expect it time and again. But when it happens, it’s the sport at its most electric.