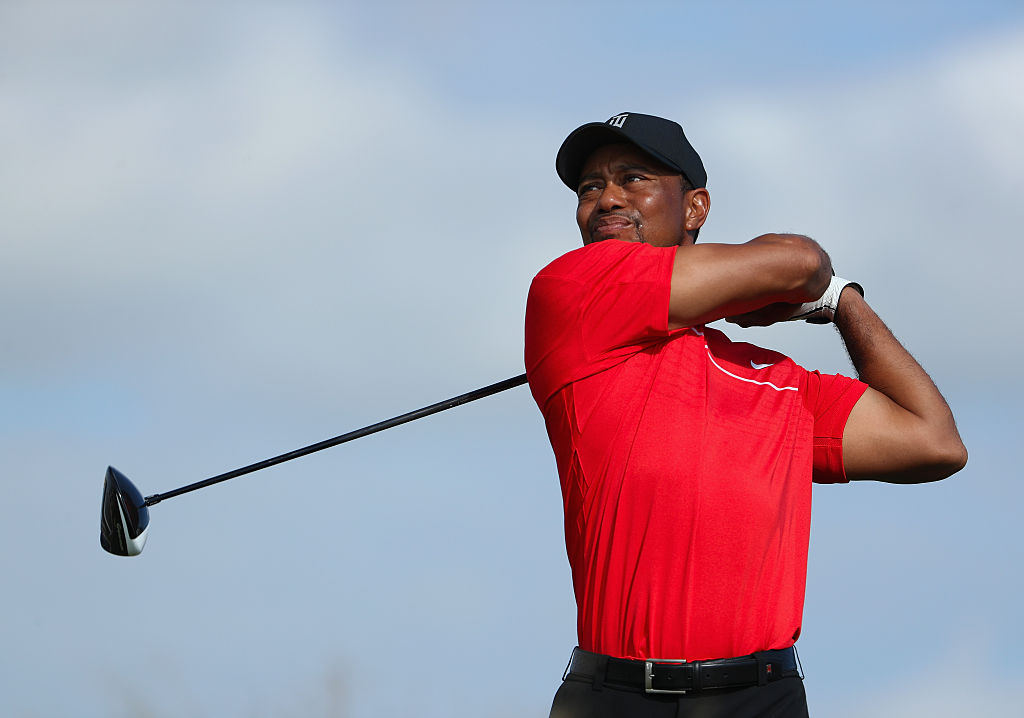 On Monday night, Tiger Woods announced his impending return to competitive golf with this winking tweet:

I’d like to thank the committee of 1 for picking myself and Daniel Berger to play in this years #HeroWorldChallenge. https://t.co/z5tn5aARUY

The Hero World Challenge is essentially Tiger’s event; his foundation manages the tournament. He is the committee of one. Tiger is funny now!

Woods last played a competitive round in February at the Omega Dubai Desert Classic, when he withdrew after the opening round citing back spasms. Woods ended up requiring yet another back surgery, in April, and only recently resumed full golf activities, which he announced via a few swing videos released on Twitter.

Return of the Stinger. #starwars pic.twitter.com/R7srIDGXjl

The Hero World Challenge is where he attempted to make his last comeback, and I wrote a post then that unfortunately predicted the exact series of events that played out:

This is the last time people give Tiger Woods credit for having been Tiger Woods, and he has to know that, too.

Now, that may have been a bit naive; of course the media was always going to kick into a frenzy if/when he returned to play. That’s just what happens when the biggest celebrity in the history of golf shows up. But the tone does seem, so far, different. Maybe that’s because in the intervening months Tiger was also busted for a DUI, having apparently suffered bad side effects from a cocktail of prescription pain medication.

More likely, people have finally just come to terms with the situation. Tiger Woods isn’t Tiger Woods, and he’s not going to be Tiger Woods again. Not the 2000 version, not the 2008 version, not even the 2012 version. Woods is currently ranked 1180th in the world. tied with George Gandranata, an Indonesian pro who made one cut on the Asian Tour in 2017. Yes, he’s still Tiger Woods. He still has all the intelligence and innate coordination that made him the best player ever. But he’s also the guy who hasn’t been able to play in a long time, and for a longer time before that. He’s the guy ranked alongside George Gandranata. (If George has a Google alert set for his name, and he absolutely should, I apologize for that, but 1180 is 1180.)

He actually played pretty well at last year’s Hero Challenge, too, before his back flared up, firing a 65 in the second round.

So well, in fact, that some people were spurred to tweets like this one:

If Tiger stays healthy, I think he wins a major in 2017. Buying hard the game saw yesterday. Augusta and/or Quail Hollow, most likely.

And I meant it! But he didn’t stay healthy, not even close, and how can we think he’s going to manage to do it at this point? I’m not going to be Charlie Brown on this one. If he does stay healthy and play well, even contend for a few tournaments (a major seems a stretch, but hey, you never know), golf will certainly be all the better for it.

But it’s different now. A year with another Jordan Spieth major win, the emergence of Justin Thomas, Brooks Koepka breaking through, and plenty of other storylines throughout helped usher us even further into golf’s new era.

Maybe this new comeback attempt is showing us that for perhaps the first time since he broke into the sport, Tiger needs golf more than golf needs Tiger.

We can appreciate the return, admire the twirls, the fist pumps, and even Tiger’s new standing as veteran mentor to younger players. But we can do it without fretting over what it means for the future of golf. Golf’s been post-Tiger for a few years now. I love the guy, but he’s played three tournaments since August of 2015. Tiger playing some wily veteran golf and dueling with Jordan Spieth at Augusta or (I hesitate to even speak it out loud for fear of tilting the universe against the possibility) Phil at Shinneock would be astounding, and memorable, and undoubtedly gigantic stories. But we can’t expect that, or anything close to that.

The most likely scenario is he gets hurt again. The next most likely scenario? His injuries have degraded his body to the point that his ceiling as a player is not high enough to contend with any kind of regularity; he’ll miss cuts, he’ll eject early in the weekend, or he’ll fall apart on Sunday. Tiger Woods, the myth that was true, a legend built on consistent dominance of his sport the likes of which we haven’t seen nor will we ever see again? That’s gone. It’s a different experience now, one built around pulling for Tiger the underdog, using the old bag of tricks to show the upstart generation how things are done.

That’s a fun experience, for sure, and it beats the hell out of Tiger not playing anymore, and I hope that’s what happens.

2 thoughts on “At this point, what would a successful Tiger Woods comeback even look like?”