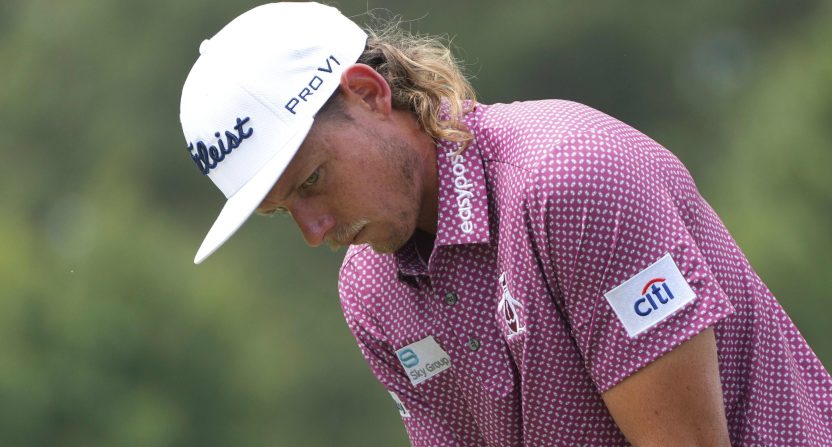 After winning the 2022 Players Championship, star golfer Cameron Smith was honored in a few ways at TPC Sawgrass, including a special reserved parking spot with a sign that bore his name. But with Smith recently leaving the PGA Tour and joining LIV Golf, all recognition of Smith’s victory is gone – including the special parking spot.

According to Adam Schupak of Golfweek, TPC Sawgrass has stripped Smith of his parking spot and replaced the sign with a generic sign that “Tour players only” once the golf star joined LIV. He has also been suspended by the PGA Tour, along with all the other LIV golfers.

As one of my FB friends noted, how soon until this sign is removed @TPCSawgrass? I think I will park there Thursday and check. pic.twitter.com/fOoyRInW17

“If they go to LIV they don’t have any of their (PGA) Tour privileges at TPC properties,” TPC Sawgrass general manager Derek Sprague told Golfweek.

According to Schupak, this isn’t the only repercussion Smith faces for leaving The Tour and joining LIV Golf. A replica of the Smith’s golf bag has been removed from the TPC Sawgrass pro shop along with photos of Smith that were previously displayed clubhouse. However, the flag of Ireland – Smith’s home country – still flies in recognition of his 2022 victory.

Smith has been outspoken about the “unfair” treatment of LIV Golf players. He can go ahead and add all this to the list.