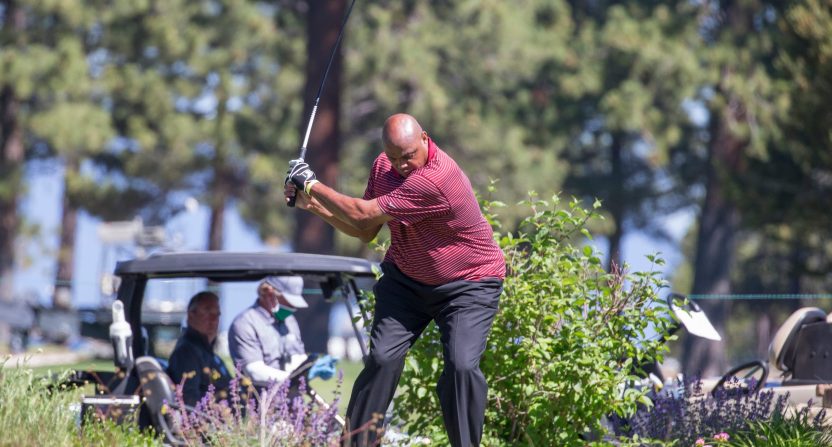 One of the most prominent names in sports had an admission that many around the golf world might not love to hear.

NBA Hall of Famer and NBA analyst Charles Barkley was quoted in longtime golf writer Alan Shipnuck’s biography of Phil Mickelson, where Barkley says that Mickelson is far more enjoyable to be around than Tiger Woods.

“One of the reasons Phil has lasted so long is because he has had a joyful life. Tiger won a bunch of golf tournaments, but there wasn’t much joy in it,” Barkley told Shipnuck. “Sure, Tiger is a better golfer. You’re just in awe of his talent. But it’s not fun to be around him.  Everyone in his world is uptight and sh-t, afraid to say or do the wrong thing.”

“Tiger himself has always acted like he’s under siege. Gimme a f—kin break – you’re just a golfer, dude. When you’re with Phil, you’re guaranteed to have fun. he makes people feel good. Everyone around him is always smiling. That’s a huge difference, man.”

Both world-famous golfers have been through their fair share of controversy over the years, but it’s Mickelson who has been in the news for the wrong reasons as of late.

Mickelson’s comments on the PGA Tour, as well as his disturbing comments regarding human rights violations in Saudi Arabia have certainly added up to a ton of controversy that’s surrounded him in recent months.

The details of this book also revealed Mickelson’s whopping gambling debts between 2010-14, in which Mickelson reportedly lost over $40 million according to Shipnuck, which certainly got the attention of the golf world.

Regardless, it is interesting to hear how Barkley feels regarding the two most famous golfers currently in the sport.