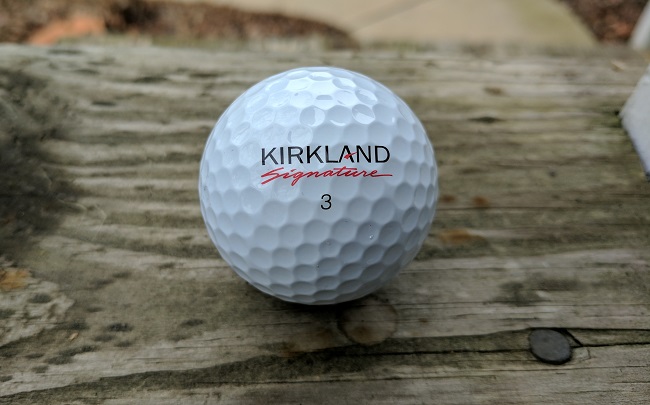 The world of golf equipment is an ever-evolving carnival, with plenty of marketing promising impossibly large improvements over last year’s model, for too much money.

And for many in golf’s target demographic, that’s fine. Spending on equipment can even be a hobby in itself, if you have the means. But that last part is an issue. Golf has an unfortunately high economic cost associated with participation. Most private clubs are unattainable to many, and though there are some lower-cost municipal options, they’re dwindling.

Equipment is another concern, though the Internet has at least spawned a burgeoning secondhand market for golf clubs. (The only club I own that I bought “new” is my putter, and I’ve had it for 12 years. I still kick younger me for buying it new, though. Not smart.) But even if you manage to score some secondhand clubs and find a playable course for a reasonable rate, there’s still one constant cost: golf balls.

Golf balls constantly need replacing. I lose plenty of them, and even people who are actually good at golf can burn through them. Covers get torn and worn by well-struck wedges, leaving them unfit for play after a time. But a dozen high-end balls will cost you anywhere from $40-$50. There are other tiers, of course, but balls themselves do actually feel and perform differently. Not as much as the marketing would have you believe, but it’s there.

For some people, none of this matters. They could be swinging a stick and hitting a rock (or Top Flite), and as long as they have a cooler in the cart, they’ll have a good time. But if you’re a decent-to-good amateur with a reasonably limited budget, you’re probably always searching for the right budget options. But the major golf equipment manufacturers thrive on the inflated price market and low competition.

And shockingly, they seemed to perform just as well as balls near the top of the class. There’s a ridiculously long thread (currently at 193 pages!!!) on GolfWRX (probably the best-known golf forum) dealing with the Kirkland balls. Reviews, speculation as to their origin, stories of where and when they might be available.

The balls have attained a bit of a mythical status, as they’ve sold out both online and in-store multiple times. (My friend scored two dozen online and gave me this sleeve for Christmas, as he knew I’d been curious about them.)

Today, The Wall Street Journal reported on the origin of the Costco Kirkland balls, how they were able to be sold at that price point, and why they might never be back. The entire thing is worth the read, of course, but here’s the gist:

But what made the balls a hot item among fanatical golfers is the revelation that, by some accounts, they perform like rivals that sell for more than twice as much.

That idea sent shock waves through a billion-dollar industry, left Costco out of stock for weeks at a time and caused secondary-market prices for the ball to soar. Its popularity is threatening one of the sport’s long-held consumer beliefs: when it comes to the quality of golf balls, you generally get what you pay for.

“This is just a perception killer,” said Adam Beach, owner of an equipment review website called MyGolfSpy, which bills itself as the Consumer Reports of golf. “This will change the entire industry.”

The balls were made at a factory in South Korea by a company called Nassau Golf, which also manufactures balls for TaylorMade, one of the major equipment manufacturers. According to Nassau officials, the company had an excess supply that it sold to Costco through a third-party trader. But that supply appears to have been exhausted by overwhelming demand.

So that’s a mystery solved. They’re essentially a top-end TaylorMade ball, rebranded with the Kirkland label. So they really are quality balls. As for what happens next, well, you should be able to guess:

The same low prices that sparked a frenzy for the Kirkland ball may also have endangered its future. According to a Nassau executive based in Europe, the company believes the expected retail price for the ball would be closer to $45 per dozen, all costs considered.

This executive said that both Nassau and TaylorMade, its biggest client, are unhappy with the rise of the $1.25 golf ball and that the company won’t sell excess supply in such large quantities again. A TaylorMade spokesman didn’t respond to a request for comment.

There we go. Golf companies long ago decided that the premium market was the way to go. It’s a very insulated business sector. Even Nike couldn’t find traction, announcing last year that they were exiting the world of golf equpiment, which included balls. It’s possible Costco will find another premium overrun somewhere around the world, slap their Kirkland label on it, and be back in the market.

That’s what Costco does, and does very well, after all. But the real lesson here should be to the manufacturers themselves. They’re so afraid of losing the mystique of a high-end product that they’re ceding an entire market. Whether anyone takes a stab at this obvious demand remains to be seen.

You wouldn’t want to produce a high-end product that was affordable.

That would never sell.