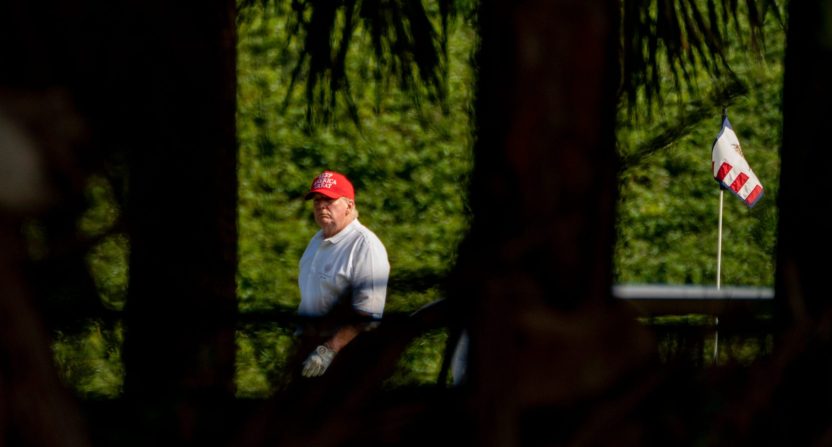 This week’s LIV Golf Invitational will take place at Trump National Golf Course in Bedminster, NJ and former President Donald Trump is expected to be one of those taking part in the pro-am.

Per the New York Post, Trump will be paired with Bryson DeChambeau and Dustin Johnson in Thursday’s pro-am. It’s a reunion of sorts as the trio played together previously in Florida and DeChambeau has featured Trump’s logo on his bag in the past.

The LIV pro-am expected to be quite the star-studded affair in spite of the tournament’s backers having ties to the September 11th attacks and various other human rights violations. Also expected to play in the pro-am are NBA Hall-of-Famer Charles Barkley, Olympic champion Caitlyn Jenner, and NFL legend Lawrence Taylor, to name a few.

Barkley is also expected to make a decision this weekend about whether or not he’ll join LIV as a broadcaster.

“I’m not gonna keep TNT in limbo,” Barkley told Dan Patrick this week. “I don’t think it’s fair to them. They’ve gotten plenty of play out of me coming to play out there Thursday. I’m not just gonna be no show pony. Don’t be wasting my time. I’m not gonna waste y’all time. When I leave New Jersey Thursday night, when I leave the golf course, if I don’t have an offer, it’s over.”

As far as whether or not supporting the golf league will upset the families of 9/11 victims, Trump doesn’t really seem to care, which, checks out.