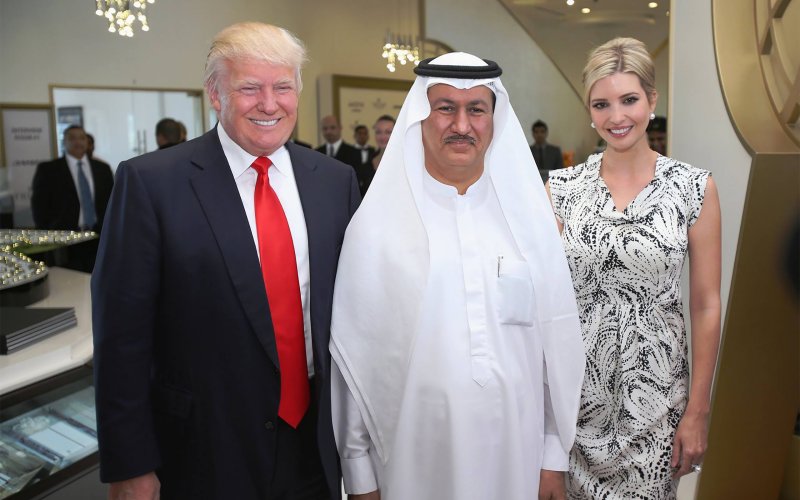 Donald Trump has long been in the headlines throughout America and the world, but never more so than recent times as a Republican presidential candidate. He hasn’t been afraid to speak controversial things, even during his run for the Presidency despite potential consequences.

However, Trump’s most recent controversy may have cost him the most.

His assertion that Muslim immigration to the United States needs to stop until politicians can ensure the safety of the American people has caused an international uproar. Fellow Republican candidates have denounced his comments, Democratic opponents have done the same and Muslim leaders have expressed outrage.

Even Israeli prime minister Benjamin Netanyahu called him out for the comments.

Now the outrage has touched the world of both international real estate development and sports. Trump’s newest venture, a Dubai golf course, will no longer bare his brand or his name, per a Golf Channel report.

In Dubai, Trump had a deal with Damac Properties to license his name and image for a housing project and two golf courses for an undisclosed sum.

On Friday, a prominent advertising billboard showing Trump golfing that had stood at the Akoya development, where the housing and one of the golf courses is being built, was gone. All that remained of it was the board’s brown wooden background. Another billboard declaring the development “The Beverly Hills of Dubai” still stood nearby.

Trump’s name also appeared to have been pulled off one sign greeting visitors to the complex. The sign, outside a sales office at the site, originally had Trump’s name in lettering on a stone wall. But on Friday the letters were littering the ground in front of it.

Trump’s name isn’t completely gone from the Arab hub though, as the Trump International Golf Club still exists in the city and features his name prominently in signage.

Damac Properties, Trump’s partner on the latest development, has seen a significant financial hit thanks to its association with the controversial real estate mogul. The Golf Channel report indicates shares have fallen 15 percent since Trump’s comments earlier this week. However, the company has stood behind its partnership with the current GOP front-runner, citing the Trump Organization’s success in running world-class golf courses.

With the significant relationship between the world of golf and Trump, fallout from his political speech is something to keep a further eye on as the presidential primaries begin to happen in the next few months.