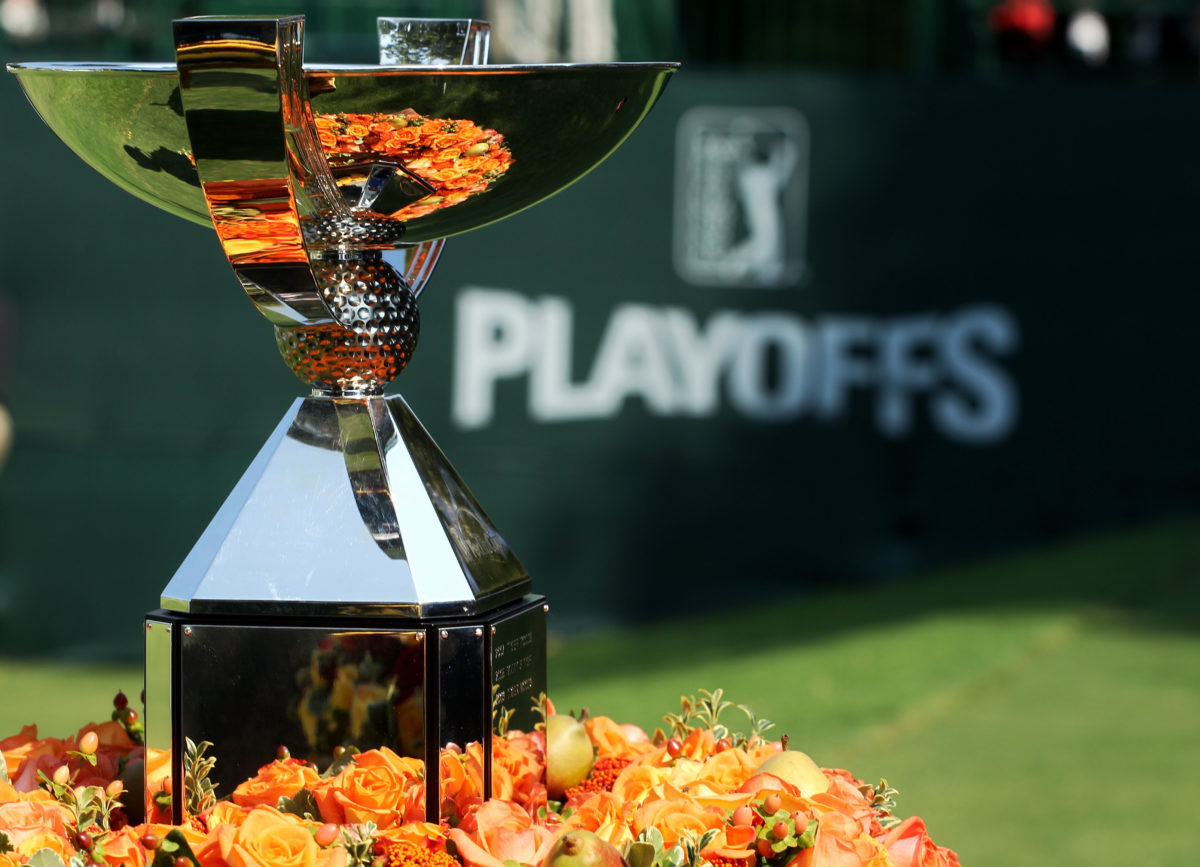 The PGA Tour announced the FedEx Cup in 2006, with the first one being awarded 10 years ago, billed as a shootout for $10 million, the prize for capturing the cup. Back then, the money was awarded in the form of a retirement account deposit.

That’s too perfect for a sport where there are multiple tournaments sponsored by banks and financial services companies (this week’s event: The Northern Trust), but it was changed shortly thereafter following player complaints and the obvious disconnect between the drama the PGA Tour was selling and the sobering reality of pre-tax earnings and mutual fund options.

The FedEx Cup felt gimmicky, as any new addition to a sport always feels. A season-long points system tracks the top 125 players qualifying for the first of three “playoff” tournaments that cut the field down incrementally, all culminating with a 30-player Tour Championship. It was a lot, and at times remains a lot. Golf is filled with things to track, from world ranking points to Ryder Cup points to the money list, and the new competition added yet another points system to follow. It is nearly impossible to do any of the permutations yourself.

And the money involved meant that FedEx suddenly became omnipresent. You can’t watch a golf broadcast or PGA Tour Live stream without seeing FedEx commercials over and over. (Fortunately, at least for the last half-decade or so, they’ve been somewhat entertaining.)

It also leads to cutaways from live golf to show a FedEx Cup leaderboard graphic, or even a reporter in front of a FedEx Cup leaderboard, regardless of how early it is in the season. That’s what fronting a $10 million first-place bonus (along with surprisingly large payouts down the leaderboard) buys you, though. And it’s hard to deny that the FedEx Cup has been anything other than great for golf, a sport that always struggles to differentiate itself for more than three weeks a year. (Sorry, PGA Championship.)

The PGA Tour has made multiple changes to the format throughout its decade of existence, which makes sense. Nothing is perfect right out of the gate. But rather than tinkering to the point of obfuscation in an effort to perfect a playoff system, a la NASCAR’s infinitely more confusing Chase for the Cup, everything they’ve done has helped.

After several big names sat out events, safe thanks to their season-long accumulations, the Tour adjusted the event to tighten things more entering the run of playoff tournaments, encouraging players to play all four events. They went even further after Vijay Singh’s 2008 win, where he had built up enough of a lead that he had the Cup locked up before the Tour Championship, which defeats the purpose entirely.

Now, with a more dynamic points reset, all 30 players who make it to the Tour Championship have a mathematical shot at winning the $10 million, and the top five players in the standings are guaranteed to win the FedEx Cup if they win the final event. What makes the series so enjoyable is that in sports, it’s often hard to have a playoff system that fairly recognizes regular season dominance. Home field advantage is minor at best, and there’s no guarantee that the best team will eventually become the champion, a curse of small sample size.

There’s a compelling case on the other side, though: Playoff sports are fun as hell.

But no change has made the event more integral to the fabric of golf than what the PGA Tour did in 2013, when it announced that the FedEx Cup standings would be used to award tour cards for the following season. That added drama to both ends of the standings, while also increasing the importance of the Web.com Tour, golf’s AAA affiliate. Now, players who don’t make the 125-man cut have to attempt to qualify for Tour status via the Web.com finals, their own mini-version of the FedEx Cup.

And tying status to FedEx Cup participation can also mean better fields for smaller tournaments; Henrik Stenson won last week’s Wyndham Championship after admitting he only played the event in order to meet the minimum number of tournaments for his FedEx Cup points to count towards his PGA Tour status. Stenson was the only top-10 player to play the Wyndham.

The Tour is still tinkering, of course; they just announced a major calendar change, sliding the PGA Championship back to May in 2019, largely in an effort to wrap up the FedEx Cup by Labor Day. Think about that: one of the four majors moved at least partly in an effort to better showcase the decade-old FedEx Cup.

The structure itself appears to be here for good. The Tour and FedEx announced a 10-year sponsorship extension in May, which contains, amusingly, a clause preventing players from signing new endorsements with other shipping companies.

Golf in too many ways remains the sport of traditionalists; that the PGA Tour could implement, improve, and integrate a fairly radical redesign in just a decade is impressive.

That it seems to work exactly as it’s supposed to is incredible.