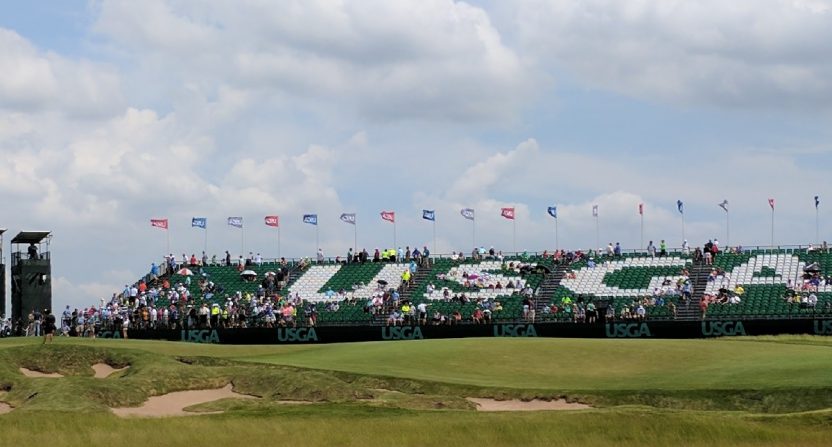 The United States Golf Association generates a large portion of its annual revenue from the men’s U.S. Open, via ticket sales, media rights, and more.

According to federal prosecutors, though, they should have been generating a few million more dollars. That’s because one employee is alleged to have stolen $3.4 million worth of tickets and resold them at a higher rate, allegedly pocketing over $1 million for his efforts. Jeremy Roebuck reported the news for the Philadelphia Inquirer:

Prosecutors accused Robert Fryer, the former assistant director in the U.S. Golf Association’s ticketing office, of conspiring with two eastern Pennsylvania ticket resale companies to provide 23,000 pilfered passes to U.S. Men’s Open tournaments between 2013 and 2019 — with a face value of more than $3.4 million.

They allegedly paid him $1.15 million for his efforts and resold the tickets for a combined profit of $1.7 million.

If you’re wondering how the feds think the scheme worked (a safe bet if you clicked on a post with that headline), it allegedly began at the 2013 U.S. Open:

According to court filings, the two resellers Fryer worked with would send email requests for bundles of dozens of tickets at a time. Fryer would agree to either mail the tickets or deliver them in person, sometimes at the golf club where the tournament was taking place, the documents say.

USGA officials said Tuesday they learned of the theft when contacted by federal authorities several months ago. They said they have since taken steps to implement a new ticketing platform and hired an outside auditor to help prevent similar thefts in the future.

Of course, there’s another question here too: how did this go on for so many years without being noticed? After all, 23,000 tickets is a big number. Let’s go to a Twitter user claiming a bit of inside knowledge who sounds plausible enough:

I used to be an intern under this guy. I think it’d be kinda easy to “steal” the tickets since they’re activated like gift cards. Just have no idea how he had the time alone to do that or how no one noticed. A lot of the people that work in ticketing are interns though lol

It is still wild that the numbers didn’t line up and no one noticed, though. If convicted, Fryer faces up to decades in prison.