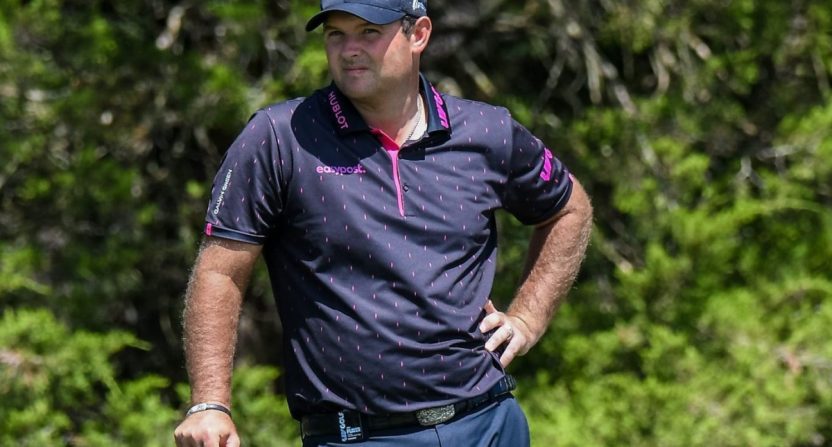 The golf world was rocked Tuesday night by news that Patrick Reed has sued Golf Channel commentator and analyst Brandel Chamblee for defamation. The complaint seeks at least $750 million in damages.

Given that current tensions in the world of golf between LIV and the PGA Tour have already led to court proceedings, adding Reed’s wild lawsuit to the mix only served to stir up the world of golf Twitter on Tuesday night.

Reed says that fans taking cues from Chamblee often heckle him during tournaments, yelling at him, "'You cheater!' 'Cheat!' 'Everyone hates you cheater!' 'You’re going to miss this you cheater!'"https://t.co/wc4cIZCCWI

The Patrick Reed lawsuit keeps mentioning "constructive termination", but he resigned his PGA Tour membership. Lawyers? Thoughts? The suit drags in the OWGR for conspiring against him but never explains what they've done to harm. Asking for $750 million though? That's funny! pic.twitter.com/t0INlOuZT1

“Mr. Monahan, Brandel’s lawyers on line one. They want Patrick Reed’s disciplinary records as part of the discovery process.” pic.twitter.com/USeAma1Ui6

We're living in the twilight zone. Just when you think it has to slow down for a few days, the batshit crazy stuff ramp up even more. I'm tired, but I can't get enough! https://t.co/QhLYxdG4Oz

If we are suing people on the Golf Channel then @shanebacon better lawyer up because I’m coming for that hat collection.

Me reading this lawsuit pic.twitter.com/CijwY2ZYYn

This year is a mad lib. https://t.co/7RPGMuhnmT

Reed is of course already a very controversial figure, and hardly a sympathetic one. The world of men’s professional golf, meanwhile, continues to get even crazier. Who could have possibly guessed that off-course legal proceedings and a rival breakaway league could lead to so many headlines for a sport that in recent years has had a hard time getting traction.