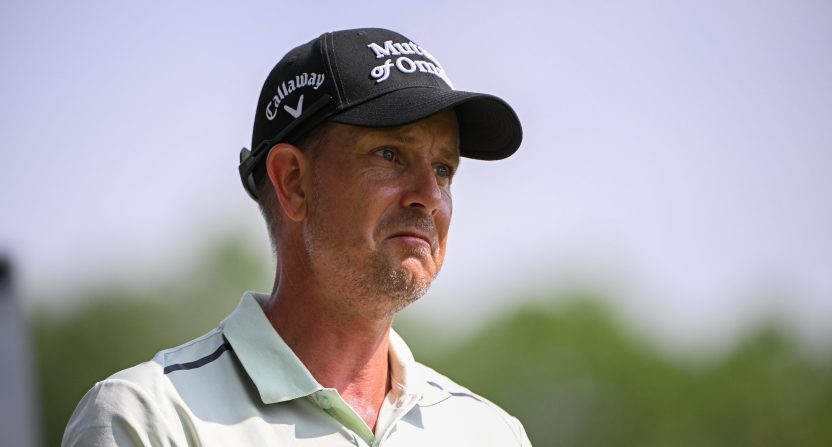 Stenson released a lengthy statement. In it, he confirmed that “after much consideration, I have decided to join several of my fellow professionals and play in the LIV invitational series starting at Bedminster in a week or so’s time.” As far as why he made the decision, he decided to go with thinly veiled code phrases.

“Clearly a part of my decision to play in LIV Golf events has been commercially driven” is almost refreshingly honest.

The reaction among golf fans was largely consistent. There was one obvious question. Why wondering why Stenson wouldn’t just come out and directly say why he made his decision?

A lot of words for “I took the money.” https://t.co/DFG0yGLIbH

Basically in short I’m leaving for the money and don’t care about the Ryder Cup https://t.co/YBa00XtKzS

Thanks for clearing this up @henrikstenson, some of us thought you'd signed up for the money. https://t.co/XsL9LMBAM4

“My decision is commercially driven…”

– me explaining to @ArminaRunGood how I lost $500 playing video poker. https://t.co/YTm8YwJl2S

No no. Cash cash cash. At least be honest. Don’t treat us like you think we’re stupid. Stupid. https://t.co/ga7DocLuB9

There is something to be said for honesty.

Stenson losing the Ryder Cup captaincy comes as a surprise to nobody. Reports that this would happen go back to February, before Stenson was even tabbed for the role. Luke Donald, who at the time was a candidate, acknowledged that had LIV Golf not existed that Lee Westwood likely would have captained the European team in 2023. So, regardless of what arrangements Stenson made with LIV Golf, he had to know that this was coming.

Talor Gooch, an American player recently laughed off warnings from Zach Johnson, who will captain Team USA in 2023.

Anyone who’s ever watched a Ryder Cup knows how important it is to the players. Stenson is a veteran of five Ryder Cups. So, he clearly knows. But clearly didn’t feel that it was important enough to turn down the financial opportunity offered to him by LIV Golf.