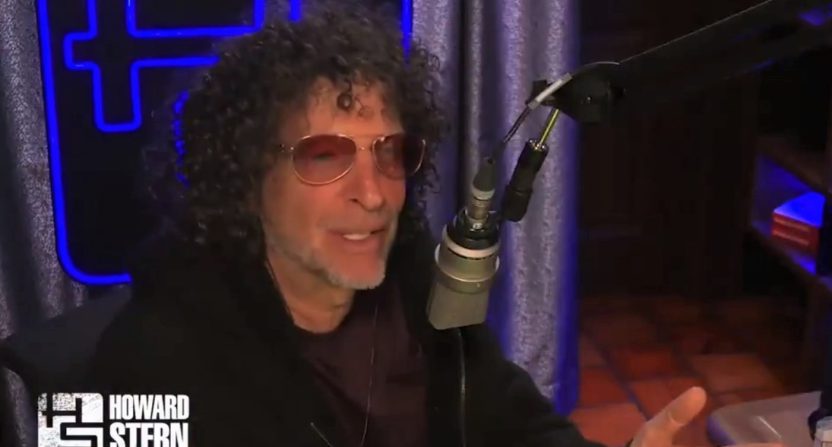 The inaugural LIV Golf tournament teed off last week amid much controversy. Despite early returns seeing the Saudi-backed league pale in comparison to the PGA Tour, Howard Stern is determined to add to its shortcomings.

Stern is imploring his loyal listener base to steer clear of LIV tournaments, which begs the question, is it even a real golf event if it doesn’t feature fans yelling “Baba Booey?” The King of All Media weighed in on the Saudi-backed league Monday morning during his SiriusXM Radio show and he railed against its existence.

“They’re real pieces of s**t and they got a lot of money so it allows them to be pieces of s**t on a big level,” Stern ranted. “Normally, if they didn’t have oil there, you wouldn’t hear from these guys, you’d never what they believe, they’d be talking to a sheep and a camel. But they, unfortunately, have so much money that they can spread their diseased brain power all over the world and now they wanna start a golf league.”

LIV Golf reportedly used $200 million to recruit Phil Mickelson, with other stars such as Dustin Johnson, Sergio Garcia, and Bryson DeChambeau similarly joining the controversial start-up. But if Stern has his way, his fanbase will avoid supporting LIV events.

“They’re selling out,” Stern said of the many golfers who are chasing money over to LIV golf. “By the way, at a LIV tournament, do not yell out ‘Baba Booey’ because they’ll chop your f***ing head off.”

For decades, shouts of “Baba Booey” have encroached on live sporting events and live broadcasts, maybe none more infamously than pranking Peter Jennings during the O.J. Simpson chase.

The prominence of “Baba Booey” bleeding into live broadcasts has even convinced some announcers to shout the phrase themselves, with Joe Buck famously calling out Gary Dell’Abate’s nickname while behind the mic for the ALCS. But it doesn’t sound like LIV Golf will be adorned with “Baba Booey” chants, which might be good for the golfers and bad for the fans.