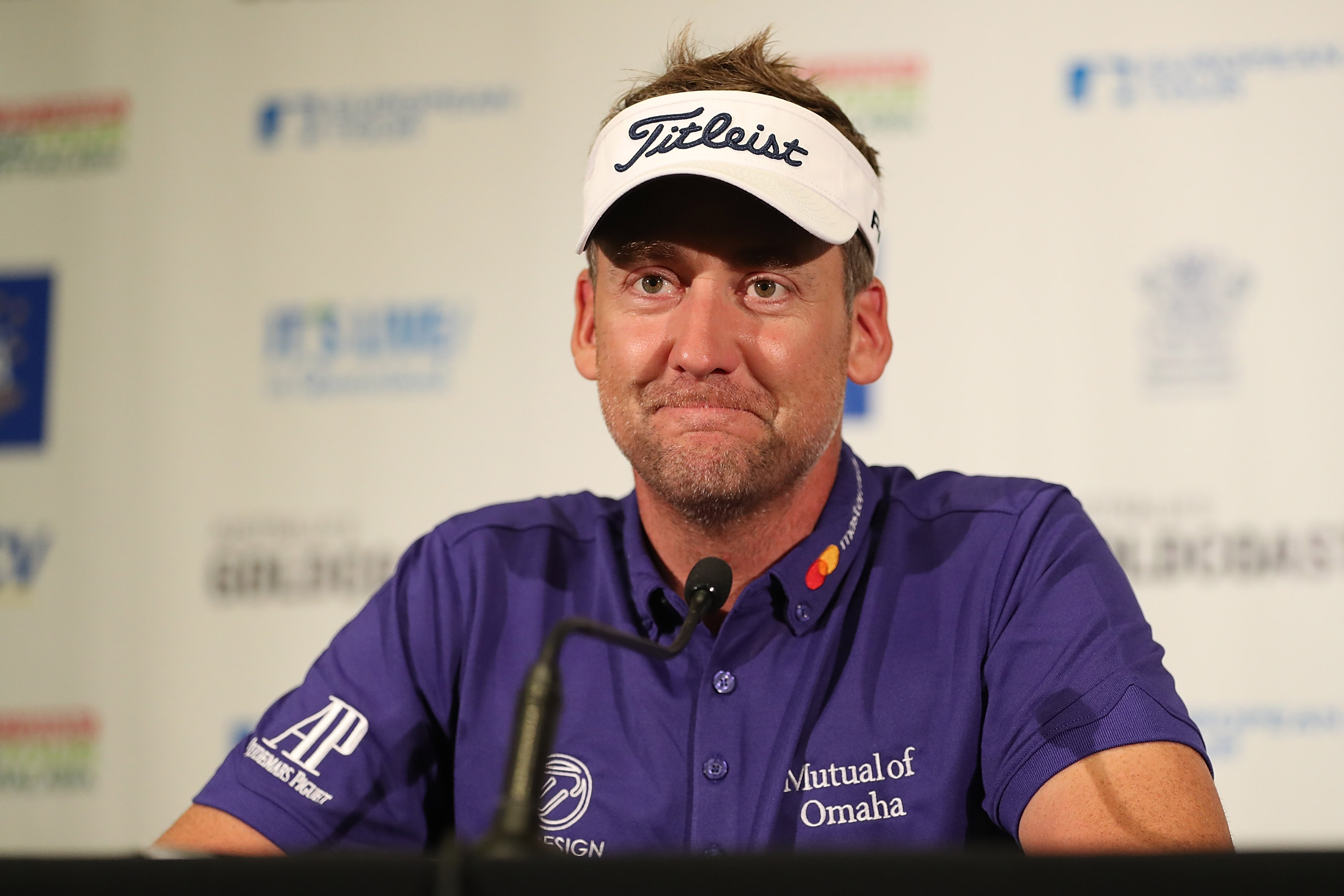 Ian Poulter has a reputation for being a dick. It’s well-earned on his part, as well, and it surfaced again this weekend, both on and off the course.

On Friday, Poulter took a quad bogey 8 after repeated failures to get out of the bunker. Being Poulter, he took issue with a cameraman.

The video is worth watching, as Poulter basically stalks directly at the camera, growling “Next time I’m ready to play my shot, don’t come running in behind me.”

Presumably the cameraman hadn’t done that for all eight strokes. But, hey, in the moment, tempers can flare. After the round, Poulter had a chance to cool off, and tweeted a light-hearted apology. Oh, no, he didn’t do that at all, actually:

A simple snowman makes everyone feel better ⛄️ Don't run behind me when I'm ready to hit. I was ready he wasn't. Simple mistake. https://t.co/HvDBZfg2eY

The only thing thinner than Poulter’s skin is the wedge he bladed over the green en route to that quad.

Poulter has always had a theatricality to his demeanor. Here he is complaining about a bounce at the 2010 U.S. Open:

There are plenty more in the same vein. Now, this could still all be written off as a competitive nature. He does this for a living, after all. He’s also struggled quite a bit of late; once ranked fifth in the world, he currently sits 179th in the rankings. Poulter hasn’t finished inside the top ten in a full-field PGA or European Tour event since May of 2015 at the Colonial. That’s not good!

But then, after the camera rant made the rounds, things somehow got even more ridiculous. Take a look at this tweet he sent out:

Glenn I'm disapointed. I remember you delivering & was a great experience. I guess I will never use @ReliableCarrier to move my cars again. pic.twitter.com/Qudl9m8qkv

This is truly disappointing to read.. Glenn I remember you delivering the car a while back and I have only great experiences from all the drivers at @reliablecarriers. And I was really happy with the service I paid for. The car was delivered as reliable would have expected first class. I guess from now on I will never be using @reliablecarriers ever again to move my vehicles. It’s a good job there are lots of good carrier companies to chose from. It’s saddens me to write this. Why would I ever have this man possibly deliver another vehicle. You think it would be handled in the same manner as the fist one. I don’t think so. Could never take that risk.

Who does this kind of thing? A 40-year-old professional athlete, having earned almost $38 million in his career, can’t handle being criticized online? And it’s not even inaccurate criticism. But it’s one thing to respond to people, it’s another thing entirely to try to get a guy fired, and that’s absolutely what Poulter seemed to want. He tweeted that he’d actually met the guy after receiving a service (Reliable Carriers transports cars):

No I just remember Glenn as a really nice driver and delivery guy. Just we chatted for a while and cat was delivered perfect. Sad really. https://t.co/KJwPFEAglV

Apparently Poulter and Mr. Stacey have a bit of a difference in how they remember their encounter. Poulter continued to dig himself deeper, responding to accusations of bullying and poor form by somehow invoking client confidentiality, while also sounding suspiciously Trump-like:

I actually think my sponsors understand only to well client confidentiality.. you seem to have missed that point. Clearly not a businessman. https://t.co/NQc69De4VY

Ok I understand your mentality. Someone can comment about me, but I can't respond because I have more followers. That makes sense Kieron. https://t.co/D8bkVZdlLv

He did also tweet this, in fairness, though it’s tortured logic at best and outright dishonest at worst:

Listen Glenn is a great delivery guy for @ReliableCarrier. No ones getting fired. I just wouldnt want him delivering any of mine again.

So, here’s the situation. Poulter inarguably acts like a dick on the golf course, going after someone who at the absolute very most was guilty of a very small infraction of etiquette, one that every other player has had to deal with at one time or another. Then, having been called out for his behavior, doubles down by trying to get a truck driver fired. A driver he says he’s met in person and liked, even! He was called a dick, and essentially said “That’s out of line. I’m actually an asshole.”

Ian Poulter used to be one of the very best golfers in the world as well as a world-class asshole.

Now he’s just one of those, and it’s pretty easy to see which one.

@IanJamesPoulter We sincerely apologize for our drivers incredible lack of judgment. He is currently be routed to our MI HQ.
Bob Sellers,COO