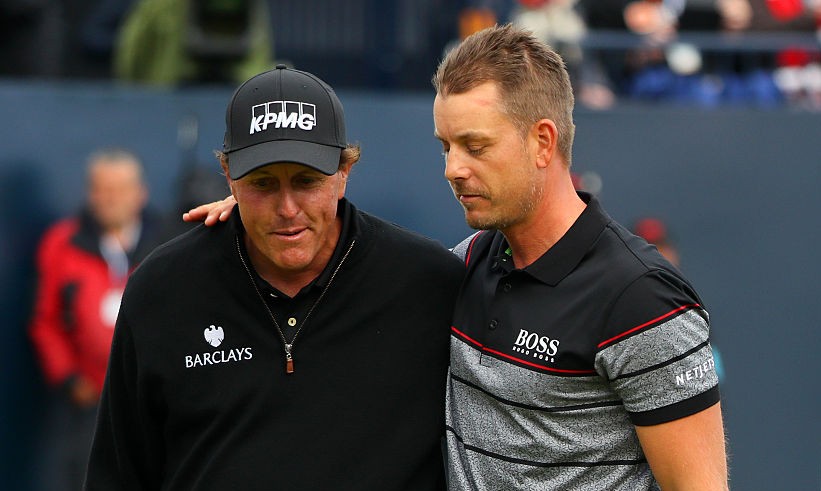 In the world of golf, few tournaments provide the memorable moments that the British Open provides. Perhaps one of the most memorable was a final round duel between Jack Nicklaus and Tom Watson.

That battle in the final round of the 1977 British Open at Turnberry has been talked about on a yearly basis over the last nearly 40 years. However, Nicklaus believes there is a new moment that will top his so-called “duel in the sun.”

He believes that what took place between Henrick Stenson and Phil Mickelson on Sunday at The Open was simply some of the best golf ever played at that tournament or any major. Nicklaus pointed that out in a post to Facebook following the completion of the round and some media members comparing the two great final rounds.

In the post, Nicklaus made it clear that what took place on this Sunday topped anything done by that famous duel with Watson in 1977.

“I’m proud of and happy for Henrik. Some in the media have already tried to compare today’s final round to 1977 at Turnberry, with Tom Watson and me in what they called the “duel in the sun.” I thought we played great and had a wonderful match. On that day, Tom got me, 65-66. Our final round was really good, but theirs was even better. What a great match today.”

The conditions were ripe for an epic battle between Stenson and Mickelson, with the two well ahead of the rest of the field and even an epic meltdown from either wouldn’t likely matter. Rather than fold, the two rose to the occasion and played amazing golf for 18 holes.

With Stenson holding a one-stroke lead heading in to the round, he would go on to finish his round at 8-under for the day and 20-under for the entire tournament. All of that after overcoming a bogey on the first hole of the day.

For his part, Mickelson put pressure on Stenson the entire day, shooting a 6-under round and finishing just three strokes off the pace. Even down to the final hole, the two just traded amazing shot after amazing shot and neither really blinked from the pressure of the moment or each other’s play.

For those who witnessed it live or via television, it was a rare moment that will be talked about forever in the game of golf.