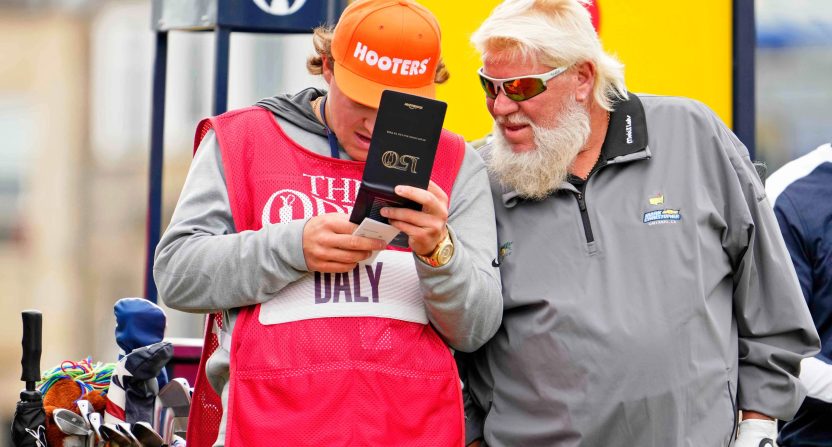 LIV Golf has seemingly offered a contract to just about every big name in the sport of golf, but there is one prominent name that was reportedly turned down by LIV after he asked to join the Saudi-backed tour.

Two-time major championship winner John Daly discussed his negotiations with LIV Golf while on the “Piers Morgan Uncensored” show. Daly revealed that the negotiations were almost fully one-sided and that LIV Golf turned him down despite the star “begging” LIV Golf commissioner Greg Norman for a spot on the tour.

“Well, Greg says he’s not doing any more (invitations), and I’m too old,” Daly told Piers Morgan. “We don’t play for a lot of money on the Champions Tour. I almost feel like I’m not getting a lot out of this. What are we doing? I’d rather play with amateurs than the pros sometimes, but we’ve got to get compensated for that, and the LIV Tour is giving players that.”

Daly’s golf game has certainly tailed off in the late stages of his career. The star failed to make the cut in both the PGA Championship and The Open Championship this year.

That said, it is still a surprising move since Daly is such a big name in the sport and could potentially be a big draw for an upstart like LIV Golf. Daly has been with the PGA Tour since 1990, so it is certainly interesting to see him so willing to jump ship for a potential offer from LIV.

Considering how much the controversial tour reportedly offered Tiger Woods to join their tour, which was between $700 and $800 million, it’s hard to blame Daly for wanting to make some good money before his golf career comes to an end.

Unfortunately for Daly, it looks like he will remain with the PGA Tour and take part in the Champions Tour yet again this weekend.