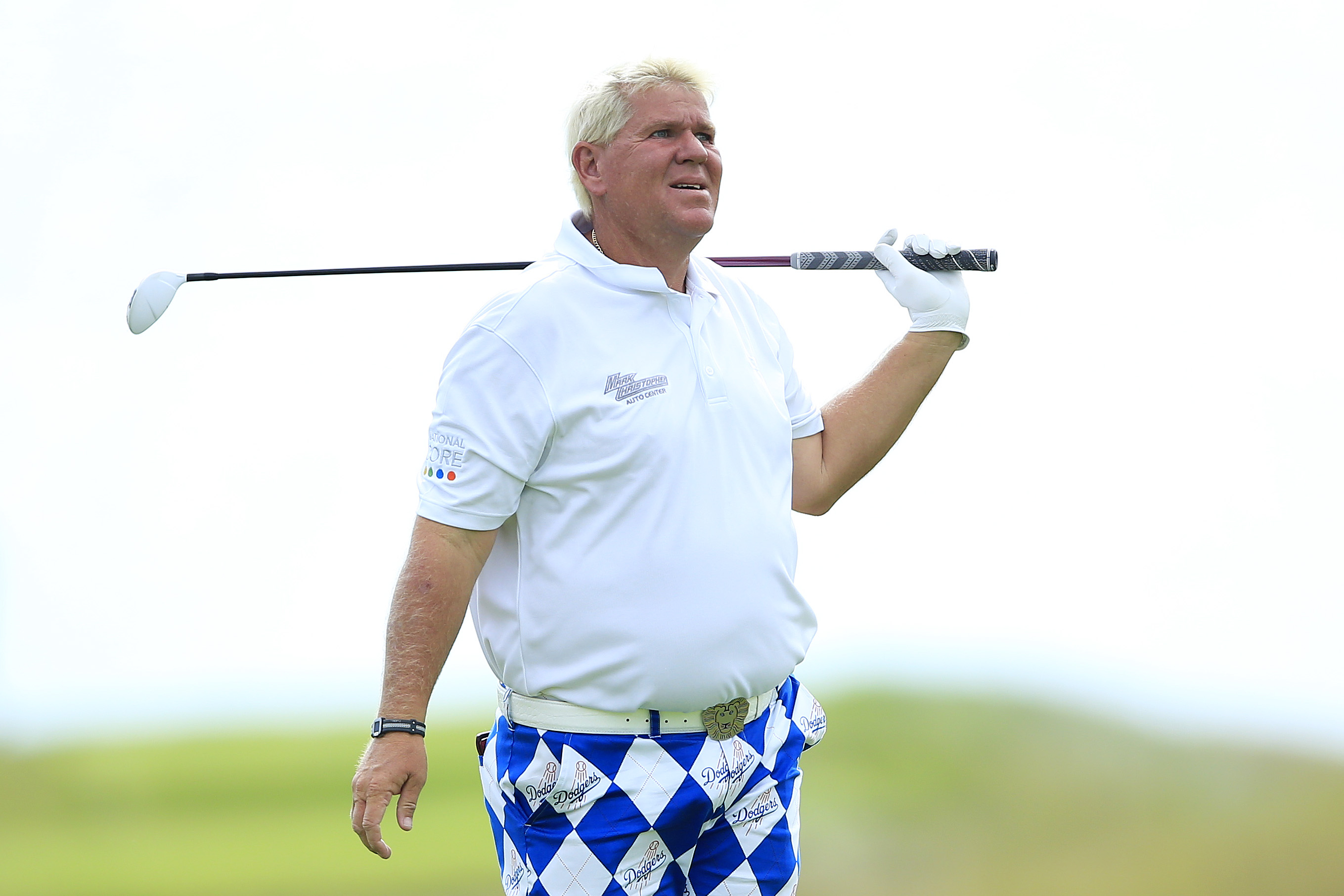 John Daly is famous for a few reasons. It may be difficult to remember, but he was once one of the very best golfers in the world, winning a British Open and the PGA Championship in the ’90s.

Things fell apart from there, with various personal demons and failings consuming his talent. He still plays, because he’s still a draw, especially in Europe. And as he’s turning fifty this year, he’ll be eligible for senior event as well. A noted gambler, Daly has gone through plenty of financial stress, despite his sponsorships and tournament winnings. He’s also been married and divorced four times.  While making a radio appearance with Dan LeBatard, he relayed a story that helps illustrate both of those things:

“I won like $55,000 in the casino and I said (to Sherrie), if you’re going to yell and scream at me about this, I threw it over the bridge going over to Memphis from Arkansas. I threw all the money out the window and said, ‘You know what, if you want that money, you can go find it. But let me tell you something, you don’t have a job. You’re not working. I’m supporting you, I’m paying all the bills.’

“My buddy took her to a McDonald’s drive-thru and got her two cheeseburgers and some french fries and a soda, and (was like), ‘OK, this is how you can live from now on if that’s the way you want it.'”

That’s…actually a pretty terrifying story, on multiple levels. That’s bordering on sociopathic, especially when it comes to how he apparently dealt with his wife. That marriage and divorce ended up especially ugly. This story has been out there for a while, as his ex-wife told her version in book form:

According to Sherrie, in her 2011 book Teed Off: My life as a player’s wife on the PGA Tour, she did go back to the spot and spend hours trying to collect the cash Daly had tossed out the car window.

It’s easy to view Daly as some sort of clown at this point, and sure, the absurdity of this story is what makes it noteworthy. But my goodness is there a much darker way to read it.