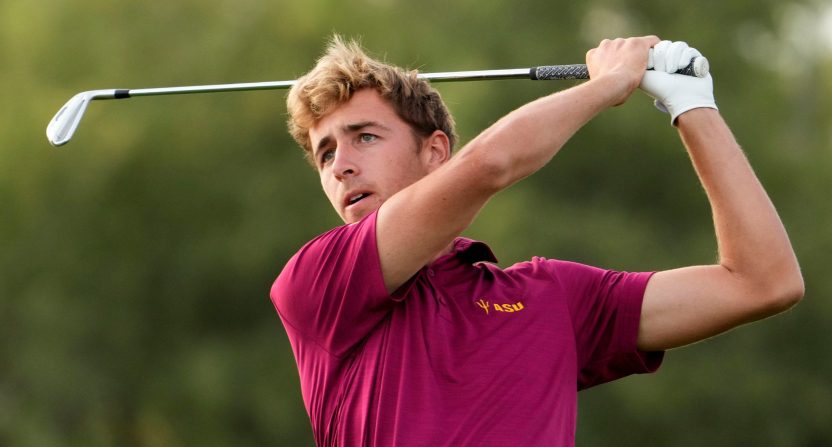 Whether it’s a sign of what’s ahead in the battle between the PGA Tour and LIV Golf or not, it’s certainly interesting news that one of the top college golfers in the nation has decided to go pro with LIV. David Puig, currently a senior at Arizona State, announced Monday that he’s turning pro and will compete in this week’s event at Rich Harvest Farms outside of Chicago.

“So many more people have helped me over the past few years and I know my success wouldn’t be the same without everyone,” Puig wrote. “You’ve helped me to grow and improve in this great program, not only as a player, but also as a person. I’ve loved every minute of it. Thank you!

“Although it has probably been the hardest decision that I’ve ever made, I’ve decided to turn professional this week. However, I’m still an ASU student and plan to graduate in the next year. My base will be in Tempe, hopefully forever. What a great place to live and become a champion golfer.”

The two-time All-American was the No. 9 amateur in the world before the announcement. He tied for 11th place at the NCAA Championship last year.

It’s not too surprising that the 20-year-old would sign with LIV Golf as he’s already competed with them as an amateur twice.  He finished 40th in London and 42nd at Bedminster in New Jersey. He is currently listed for this week’s event as part of team Torque along with Joaquin Niemann, Scott Vincent, and Jediah Morgan.