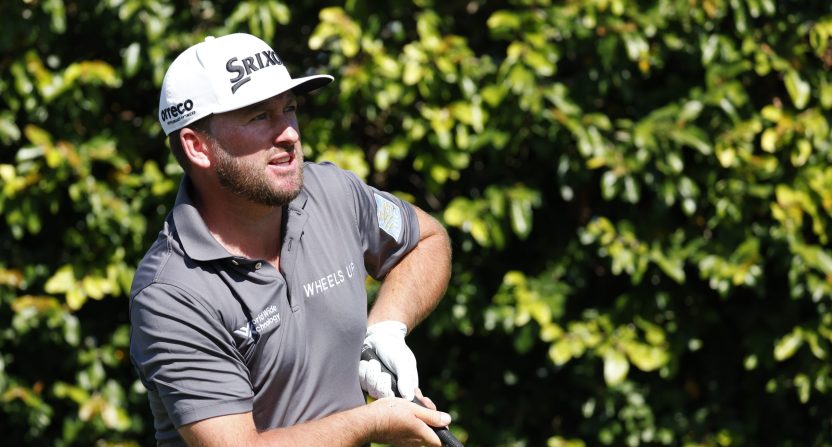 With LIV Golf Series players in the same field as DP World Tour and PGA Tour golfers this week, there’s some controversy. The PGA Tour has made it known that LIV golfers can’t play in its events but the DP World Tour (FKA, European Tour) which holds the BMW PGA Championship, has made no such rulings. One LIV player, Graeme McDowell, believes that the golfers should be the ones to decide.

McDowell shot a one-under 71 in Thursday’s opening round, completing it before play was suspended due to Queen Elizabeth II’s passing. When his round was over, he expressed that he wants the members of the European Tour to decide if he and his fellow LIV golfers should be permitted to play at DP World Tour events.

“I should have asked this in the [player-only] meeting Tuesday,” McDowell said, per Rex Hoggard, Golfchannel.com. “But I’d like to take a vote of the 320 or so members and let them decide if I should be here, let them decide if we bring value.”

Such a vote would invariably create controversy.

Rory McIlroy hasn’t missed an opportunity to blast the LIV Series since its inception. Billy Horschel was seen in what appeared to be an unpleasant conversation with LIV golfer Ian Poulter prior to the BMW PGA Championship. So, those two would almost certainly vote no — and they wouldn’t be alone.

But while the most vocal commentary from PGA and European Tour golfers regarding LIV Series has been negative, that doesn’t mean that all — or even most — of the rest of the players share the sentiment.

There may be some European Tour golfers who have no real issue with LIV players teeing it up with them. Others, frankly, may be thinking of making the leap themselves someday and would therefore be a lot more likely to vote in favor of the LIV players.

That’s not to say that McDowell’s idea is a bad one. But it wouldn’t necesarilly alleviate any of the controversy that has come with the LIV Series.