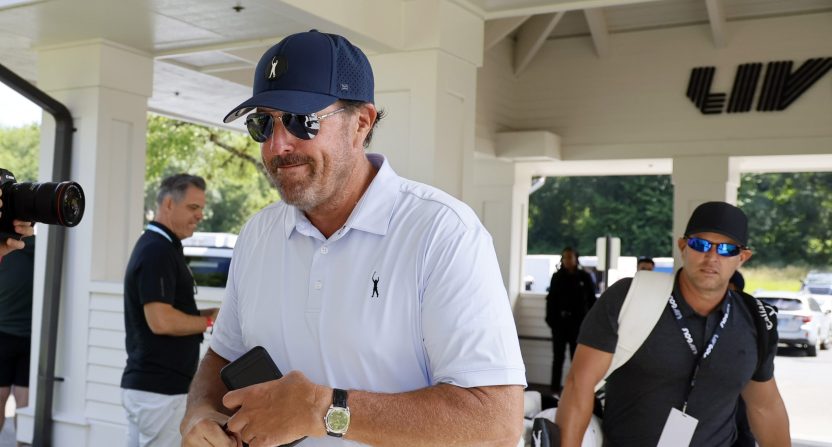 The first LIV Golf event in the United States is set to begin on Thursday in Portland, with a number of big additions, including Bryson DeChambeau and Brooks Koepka, making their LIV Golf debut.

There will reportedly be protests at a nearby park by the golf course in Portland by families of 9/11 victims who plan to speak out against the Saudi-backed tour due to the human rights violations that have occurred in Saudi Arabia and the country’s ties to the September 11 attacks.

“We want the golfers to know who they’re getting in bed with, who they’re doing business with,” said Brett Eagleson, who was 15 years old when his father was tragically killed in the September 11th attacks. “Any golfer that chooses to go play for the LIV tournament should have to listen to the family members and look us in the eye, and explain to us why they’re taking the Saudi money and why they’re playing in this tournament. And we want the ability to educate the golfers on what we know about the Saudi role on 9/11.”

Eagleson also discussed how he is extremely disappointed in Phil Mickelson’s decision to join LIV, as he was his childhood idol growing up.

Saudi’s history of human rights violations dates extremely far back and connects to the horrific September 11th attacks, with all but four of the 19 hijackers on that fateful day being of Saudi descent and news reports that a Saudi Arabian spy may have played a key role in the attack.

This is further proof that LIV Golf may never rid itself of the controversy that surrounds the tour. To this point it hasn’t mattered as the money they are offering top golfers is clearly more important to them than some of the moral issues surrounding LIV.